The Ubuntu phone has a speed problem, and I'm not talking about lag

If your hardware roadmap is measured in years rather than months, you may have an issue

Share All sharing options for: The Ubuntu phone has a speed problem, and I'm not talking about lag

As software launches go, yesterday's announcement of Ubuntu for phones was quite the success for parent company Canonical. Having already promised to deliver their Linux operating system to mobile platforms, Ubuntu's makers weren't really breaking any new ground, yet their small-scale event stirred imaginations and conversations among mobile phone users. Perhaps it's a sign of our growing discontent with the iOS-Android duopoly that has gripped the market, or maybe it's a symptom of Ubuntu's own popularity as the leading Linux OS on the desktop, but the Ubuntu phone has quickly become a lightning rod for refreshed discourse on the future of mobile software.

It's a shame, then, that it appears to be tracking a terminal trajectory into irrelevance.

Got plans for 2014? Canonical does

The new interface shown off in London was everything you'd expect from a new entrant in the mobile space: fresh, bold, and gesture-centric, as well as consistently laggy and occasionally unintuitive. Another rough diamond gleaming off into the distance. And that distance, as measured in months and years, is the root of Canonical's upcoming problems.

The first proper Ubuntu phone isn't expected until the tail end of 2013, with a realistic retail launch date in early 2014.That's if you consider a retail launch realistic at all. Think back to all the other promising upstarts we've witnessed over the past few years: Palm's webOS wowed attendees at CES in 2009, just as Canonical hopes the new Ubuntu will do this year, but the Pre took too long to get to market and was eventually swept aside by Apple's imperious iOS and Google's better-distributed and -priced Android alternatives. Or how about MeeGo Harmattan, arguably the greatest achievement of Nokia's software team, which too was discarded because of an inability to stick to a competitive roadmap. Both those laudable operating systems were considered slow to reach store shelves because it took them months — Ubuntu for phones is proposing to take over a year. 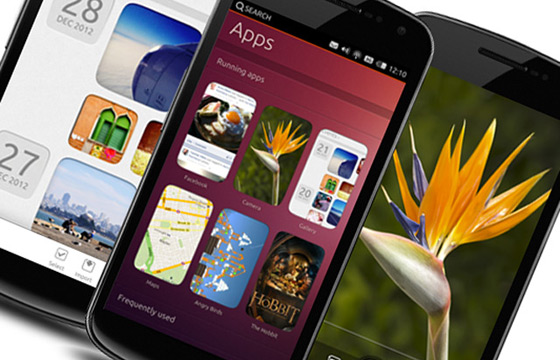 More similarities to Palm and Nokia's ill-fated software can be found within the user interactions on offer in the Ubuntu phone UI. Content and large imagery are prioritized at every turn, there's a card-like multitasking overview with curved icon corners, and the edges play host to a number of gestures that facilitate the barebones, buttonless appearance. It's impossibly early to judge how well this supposedly natural interaction paradigm will work out, however there's no denying that it conveys a great deal of ambition on the part of Canonical.

Too early to pass judgment on the software, but the roadmap's suicidal

The mold-breaking phone interface is just one part of the company's expansionary plans. We've yet to see the debut of Ubuntu for tablets, which will complete a four-screen strategy intended to bring the Linux OS to the four most popular form factors: phones, tablets, the desktop, and TV. Cobbling together a worthy OS for any one of those platforms is a daunting challenge in itself — just ask RIM, whose own schedule has had to slip back a number of times — making one for all four seems overeager. Nonetheless, Canonical will be relying on the common core that will underpin the various versions of its operating system to smooth out the development process.

Listening to company founder Mark Shuttleworth tell it, the premise sounds intoxicating: a single, open source OS that will span all your devices, ensure a unified app ecosystem and cross-device compatibility, and customize the experience to your particular needs. Some time in 2014. Maybe. 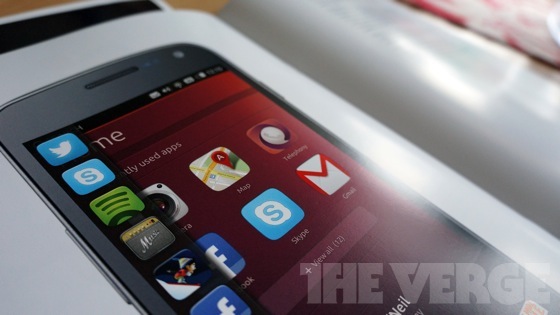 Alas, we've heard and been excited by that promise before — where Canonical needs to truly break with tradition is in delivering. And that means convincing carriers that a Ubuntu phone can indeed be a leaner and meaner proposition than the now dirt-cheap Android handsets floating out there. It means getting the Samsungs and HTCs of the world to care enough to ship a device that boots into that orange "welcome screen." If Canonical can't convince the buttoned-up executives of the mobile industry that its software is worth investing in, all the developer and consumer goodwill in the world won't be enough to generate the necessary app ecosystem and commercial success for the new operating system to thrive. The trouble is, the mobile industry calculates winners and losers on the basis of weeks and months, not years.

Ubuntu Touch: a Linux OS breaks onto smartphones and tablets