Deadline is reporting that both Julia Garner and Eva Green have signed on to the cast of Sin City: A Dame to Kill For, joining Jessica Alba, Mickey Rourke, and Bruce Willis on the set of Robert Rodriguez and Frank Miller's upcoming sequel.

Green, who starred in Tim Burton's Dark Shadows and played a Bond girl in Casino Royale, will play the role of Ava Lord, the femme fatale from Miller's graphic novel. "Ava Lord is one of the most deadly and fascinating residents of Sin City," co-directors Rodriguez and Miller said in a joint statement. "From the start, we knew that the actor would need to be able to embody the multifaceted characteristics of this femme fatale and we found that in Eva Green." Miller went on to say that while Ava is "every man’s most glorious dreams come true, she’s also every man’s darkest nightmares."

"One of the most deadly and fascinating residents of Sin City."

Garner, meanwhile, will play the role of a stripper opposite Joseph Gordon-Levitt, who stars as Johnny, a character described as "a cocky gambler who disguises a darker mission to destroy his most foul enemy at his best game." A relative newcomer, Garner previously appeared in 2012's The Perks of Being a Wallflower and Martha Marcy May Marlene.

Tuesday's reports come about a week after Rodriguez confirmed to MTV that Bruce Willis will return to reprise his role as Hartigan, the veteran police detective who appeared in 2005's original adaptation. Also returning for the sequel are Michael Madsen, Rosario Dawson, Jamie King, and Clive Owen, joining newcomers Josh Brolin, Ray Liotta, and Jeremy Piven on what's become a rapidly expanding cast.

Sin City: A Dame to Kill For is currently in production at Rodriguez's Troublemaker Studios in Austin, Texas, and is set to hit theaters on October 4th, 2013. 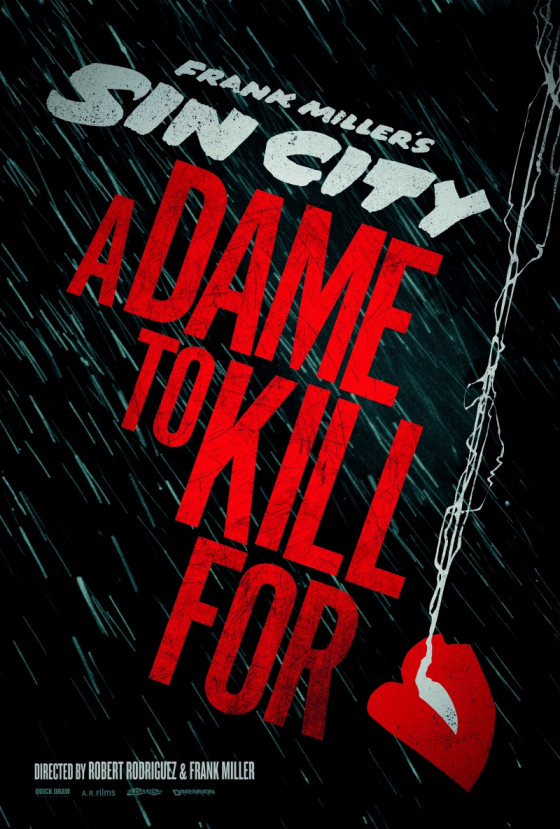