Dropbox has today unveiled two new products that attempt to reimagine what the cloud storage service is. The first relates to working with documents. Instead of simply being able to download files, it's offering a quick preview function on the website. Clicking on a PDF or office file gives you a pop-up window previewing the file. It should be rolling out to all users over "the coming months." It doesn't yet support Excel files, but it covers PDF, Doc, Docx, and Powerpoint. Both features are not yet available on Dropbox's mobile apps, but should be eventually.

The second is more interesting, and it relates to photos. Dropbox already offers automatic camera uploads for iOS and Android, but the company is trying to make it easier to view and share the photos. The service takes photos that are stored in disparate folders across your Dropbox and puts them all in a single view on its site. The unified view organizes all of your photos by time, and you'll be able to post them directly to Facebook, Twitter, and email from Dropbox's site. You can create "virtual" albums to share, so they will persist even if you move the photos within your Dropbox file system. Essentially, it doesn't matter where your files are stored in your filesystem — your albums are abstracted from that and stick around.

Chris Beckmann, product manager for Dropbox, says it sees a shift from thinking of things as "files" to thinking about them as simply "users' content." Dropbox says that it will like do more of this kind of abstraction for content in the future, and at least for the time being its a feature that only exists on its website. Moving into the social space is an obvious move for the company, as is doing what it can to become more than just a place to dump files. As the company looks to compete with iCloud and SkyDrive, it will need to win on features and mindshare and not just the raw size of its userbase — as Steve Ballmer himself pointed out, even Dropbox's impressive-seeming 100 million users isn't a guarantee of future usage. With other players like Box.net and Sugar Sync also in this space, simple file storage and sync looks like it's going to become a commodity service. Dropbox needs to continue to find ways to add value to users and app developers in order to stay relevant. With todays' announcements, the company is showing that it's thinking about the right things — now it just needs to move quickly to turn those thoughts into real products.

The photo feature is actually already available on its its Android app — having been launched in beta last month. iOS support will be coming soon, Dropbox says. The rollout for all users should happen within "the next month or so." Last month, Dropbox acquired photo sharing service Snapjoy and also added a hinting that it had broader ambitions in the photos space — though today's new features don't seem to integrate any Snapjoy tech. Its other acquisition lat month, Audiogalaxy, has yet to turn into a music product for Dropbox. 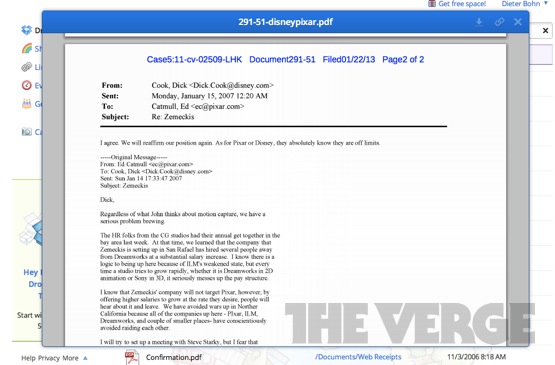