Vertu, the super-high-end phone maker formerly owned by Nokia, may be preparing to announce its first Android phone. After an initial rumor posted by blogger Eldar Murtazin, the generally more reliable Blog of Mobile has found information about a device tentatively called the "Vertu Ti." According to specs recently listed at the Bluetooth SIG, the Ti (identified with the code RM-828V) would run Android 4.0.4, while benchmark listings and other certification pages indicate it has an 800 x 480 screen, 1.5GHz processor, and NFC. Whatever the specs, the real value of any Vertu phone would lie elsewhere — the company usually incorporates leather, gems, and precious metals into its designs, which are some of the most ridiculously opulent on the market.

Vertu wouldn't comment on whether this information is accurate, but the company has confirmed to us that it's indeed launching a new phone next month. Vertu phones have run Symbian in the past, but Nokia sold the company last year and has largely eased off Symbian itself; heading to Android would be the obvious move. Potentially corroborating its claims, Blog of Mobile has posted an allegedly leaked image of the Vertu Ti, showing a design similar to Vertu's 2011 Constellation T with Android-style back, home, and menu buttons. 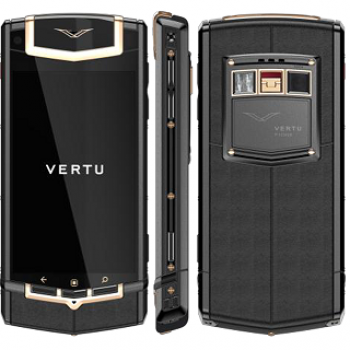 As Engadget points out, a Russian luxury phone site has four similar images of phones it refers to as the "Constellation Ti," though they're a bit inconsistent: the one above shows a search bar instead of a menu bar. We found the same images at a Russian Vertu repair site, where they're listed alongside a date of 2013 and prices ranging from 270,000 rubles ($9,000) to 562,000 rubles ($18,700). Neither of these sites is necessarily credible, of course, though that's what you might expect to pay for one of Vertu's jewel-encrusted phones. We have been told by one trustworthy tipster that Murtazin's unusually low 3000 euro ($4,000) price tag isn't accurate — not that the actual cost will be more than academic for most of us.