Why on Earth did BlackBerry hire Alicia Keys?

Signing a celebrity as “creative director” is rarely a good sign

Share All sharing options for: Why on Earth did BlackBerry hire Alicia Keys?

Step, if you will, into the shoes of Thorsten Heins. Your company is on the defensive, struggling for third place in one of the most bloodthirsty marketplaces there is. You've got just a few more chances to show consumers you're worth their money. Your back is to the wall. What do you do?

The answer, as we learned this morning, is to hire Alicia Keys as your new creative director. That's not all they did, of course. (There were a few new phones, if we recall correctly.) But the choice reveals a lot about where BlackBerry is as a company, and it's not good news.

The core problem is that most tech companies aren't cool

The celebrity creative director has become a surprisingly common move, but it usually happens at downtrodden brands like Polaroid (Lady Gaga) or Reebok (Keys’ husband, Swizz Beats). In fact, BlackBerry already played this card themselves, bringing Will.i.am on stage for their 2010 keynote. He's since signed on as creative director at Intel. On some level, it's strictly a vanity play, a way of making an endorsement deal seem like something more than it really is. How much does will.i.am really have to offer Intel, in the way of creative advice? Is Lady Gaga helping Polaroid to build a better product? If the GL20 is any indication, probably not. Is she even taking their calls? They'll be lucky if she actually uses the product. For the most part, people know it's an empty gesture, but the very idea underscores how little faith BlackBerry expects user to have in their actual creative team. If you already loved the work BlackBerry was doing, you wouldn't be thrilled to have a parachuting celebrity join the team.

The core problem is that most tech companies aren't cool. They don't even know what cool is. At best, they make things that are cool, but even that was never BlackBerry's strong suit. Its most successful products grew out of business needs, not an aura of hipness. But because the iPhone was briefly cool, BlackBerry feels like it needs to be cool too, so it throws a bunch of money at a celebrity and hopes that having Alicia Keys come on stage will help them seem like rock stars instead of the awkward cover band they really are. Apple does this too — most recently with the Foo Fighters — although they were good enough not to give them an official title. The problem is, products don't really need to be cool. They just need to work. And the harder you try to convince us they're cool, the more we start to worry about whether they work. 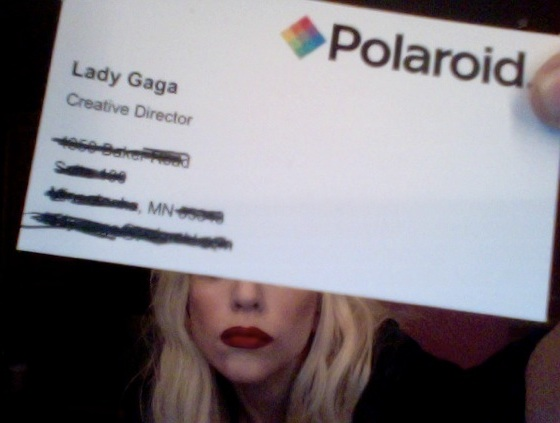 Even when it's smart, companies don't like to retreat

Which leads us back to the original question: with their back to the wall, what does BlackBerry do? Outsiders might want them to cut their losses by rebranding as an enterprise company or jettisoning their hardware and focusing solely on the operating system. But from the inside, those choices look like a conditional surrender. Even when it's smart, companies don't like to retreat.

After Jay-Z took over at Def Jam — quite possibly the only successful celebrity executive hire — I remember a friend from the music industry telling me it was a terrible idea. "The days are over when record labels could pay someone millions of dollars to do nothing," he said. That's hard to argue with, and it could apply just as well to BlackBerry, but he sounded so sad when he said it. No one wants to admit the salad days are over, that it's time to be less unabashedly excessive in the pursuit of “cool.” But if BlackBerry’s going to move forward, that’s what they’ll have to do.

BlackBerry 10 event: RIM rebrands, the Q10, Z10, and everything you need to know