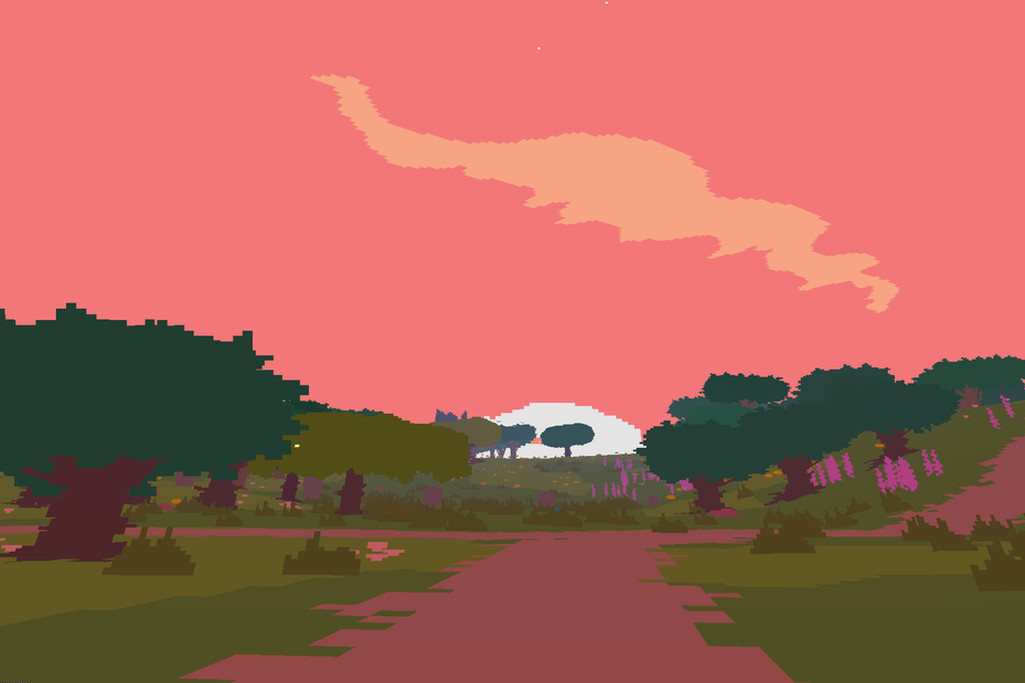 Walking through the world of Proteus is strange at first — and that’s largely because walking is all you can really do. The ambient exploration game puts you on a procedurally-generated island with no goals or information of any kind. You wander around, taking in your surroundings from a first-person perspective, in a world that looks like a colorful take on Doom rendered through MS Paint. Your movement is the only way to interact with the world — well, you can sit down, but that’s it.

It may sound boring, as these kinds of games so often do, but Proteus is a surprisingly enjoyable way to spend an hour, and that’s mainly due to the music. Trekking across the island will cue different sounds — from the soft tinkling of rainfall to the excited hops of pixelated rabbits — but unlike more obvious music-focused games like, say, Wave Trip, you can’t use Proteusto craft an inventive new song; it’s much more passive than that. “We didn’t want to make a literal musical instrument,” says Ed Key, who developed the game alongside composer David Kanaga. “It’s more about the world as a piece of music that you can go through and explore in different ways.”

Music and exploration are the key themes of the game. Since you can’t really do much other than walk around, much of Proteus involves simply searching the island to see what you can find. And because each island is randomly generated, what you’ll see isn’t exactly the same each time, though there are elements that stay generally consistent with each visit — animals that scurry away when you get too close, for instance, and mountains that provide a clear view of the landscape below. There’s almost always something on the horizon to catch your eye, and while you’re free to explore however you want, Proteus gently nudges you in certain directions so that you can witness how it unfolds. You’ll see day give way to night while the weather cycles through all four seasons, each with their own unique look. What makes the world truly feel alive, though — aside from all of those fireflies buzzing about — isn’t how it looks or the secrets that are hidden: it’s how it sounds.

Triggering music isn’t necessarily a conscious decision. It’s only when you stumble across an animal, for example, that you’ll hear the bleeps and bloops of their movement. With the ambient soundtrack and plentiful environmental noises, each trip through Proteus is musical, but depending on where you go and what you see that music will be different. "It’s almost like your movement through the world is a live mixing system," says Key. And because the layout of the virtual island is different each time you play, the song you’ll hear is never quite the same. This helps make Proteus an ideal game to pick up every now and then to zone out and relax — there’s no save function at all, but it only takes an hour or so to make your way through the whole experience.

With a lack of any clear goals, game mechanics, or key features like a save system or even an on-screen display, it’s surprising to learn that the game started out as something significantly more complex. After working in the commercial games industry for several years — where he worked on a few notable titles, including the Battalion Wars series on Gamecube and Wii — Key left his job due to what he describes as a combination of "relocation and mild disillusionment." But despite taking up nine-to-five gig outside the gaming business, he never stopped tinkering with ideas. Key worked on a number of prototypes during his spare time including one for an Elder Scrolls-style sandbox role playing game — the kind of experience where you’d venture to different procedurally-generated towns and locations, completing quests along the way. It was also a game that was incredibly difficult for one lone developer to pull off, especially considering just how crowded the open world RPG genre is. "There was just a point where it lost direction, and I think it was because it felt like I was recreating something that had been made already," says Key. "My motivation was kind of fading away." That changed when Kanaga brought up the idea of integrating music. 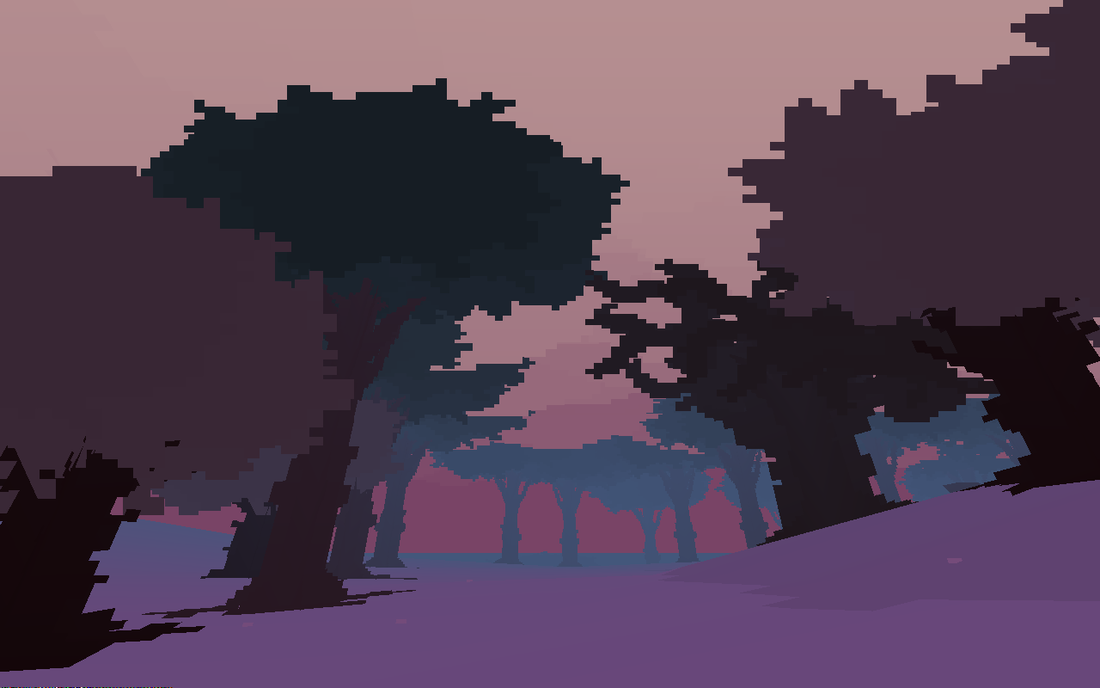 Working in their spare time up until last year when they went full-time, the two slowly turned the RPG prototype into what would eventually become Proteus. The exploration element was inspired by Key’s childhood in Cumbria in the northwest of England, where hikes were a regular part of life. "It’s the kind of ‘make what you know’ aspect," he says. Of course, given just how different Proteus is from most games, and how many expected features it doesn’t include, the duo often wondered whether there was enough content to keep people interested. It wasn’t until 2011, when they started showing the prototype to people, that they realized they might be onto something. The game would go on to be nominated for an award at the 2012 edition of the Independent Games Festival and has also made its way into the classroom, where one teacher is using Proteus as a writing prompt for his young students.

Yesterday Proteus debuted on Steam for both Windows and Mac (with a Linux version to follow), and Key has what he describes as modest expectations — he just hopes that it sells enough so that he can keep making games. He cites the success of Dear Esther, another Steam title that did away with many traditional game elements, as proof that this sort of game can be commercially viable. "If Proteus over its lifetime sells as much as Dear Esther did in its first week, that will set me up for two years of development," he explains. There are some content updates planned for the game in the meantime, including a big one due in the summer that will add support for mods, a feature that could extend Proteus’ life indefinitely with new sounds and visuals. An iOS port is also being strongly considered.

But now that the game is out, Key is also looking forward to tackling new projects. While he has an idea for an X-Com-style turn-based strategy game, life in his current rural home — where he literally forages for food at times — has also inspired an idea for a game that could serve as a companion piece to Proteus, expanding on the theme and adding some more traditional game elements. "I just feel really invested in that kind of awareness of the landscape," he says. "The closer you look the more you see."