What's in your bag, Dieter Bohn?

The battle for CES begins

Share All sharing options for: What's in your bag, Dieter Bohn?

What's in your bag? is a recurring feature where we ask people to tell us a bit more about their everyday gadgets by opening their bags and hearts to us. Show us your bag in this forum post. This week, we're featuring Dieter Bohn.

The Consumer Electronics Show begins next week and The Verge will be there in full force to cover everything we're expecting and more than a few things that we're not. To prepare for both, I tend to go a little overboard in preparing my bag. This isn't what my bag looks like for my daily commute, but it's actually not all that far off.

My basic approach in preparing for CES is redundancy: if it was good enough for NASA, it's good enough for me. Whether it's batteries, connectivity, cameras, or just taking notes, I prefer to have at least two of everything if it's at all possible. Sometimes more. I've become the de-facto guy who has a spare USB cable or even a phone, so I have a reputation to uphold as I set up my kit.

For nearly a decade now, I've been using some iteration of a custom Timbuk2 Laptop Messenger Bag, sans the handle but with "compression straps" for making it lower-profile when I don't have much in it. I'm a firm believer in messenger bags over backpacks, preferring the tradeoff of easy access to a sore shoulder. I'm also a firm believer that anybody who takes a bag with wheels onto the CES showfloor is specifically trying to make my life difficult.

This is the mid-2011 edition and it has served me well, with the combination of power, weight, and reliable build quality that has made it a favorite of the Verge staff. If (when?) a Retina-version becomes available, I'll probably buy the last non-Retina-version possible — you can keep your extra pixels, I prefer battery life.

Say hello to the first (but far from the last) tool in my bag for getting online. I haven't looked at my larger iPad 3 since I got this, if only to ensure I won't rue the lack of a Retina display. The iPad mini is light enough to keep in my bag, and I'm hoping that I'll use it for both browsing and hotspot duties so I can save my laptop's battery for more work-related tasks.

My primary phone for CES this year will be Samsung’s Galaxy S III, which I chose for a few reasons. Firstly, it’s Android and I’m more productive on that platform, especially when it comes to email. Second, it has LTE on AT&T, a must. Third, it has a replaceable battery, because having a phone last all day on a single charge is basically a pipe dream at CES. That said, I’m a phone guy, so I’ll be carrying an iPhone 5 and a Nexus 4 as backups — and it’s entirely possible at least one more will sneak in there. 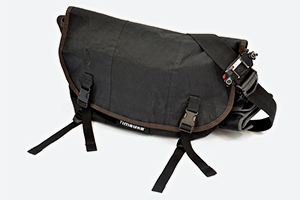 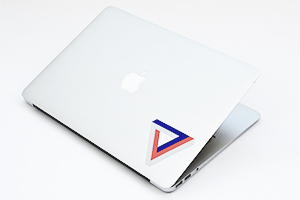 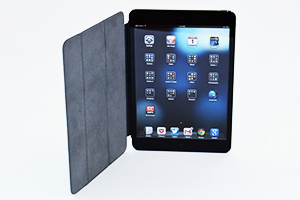 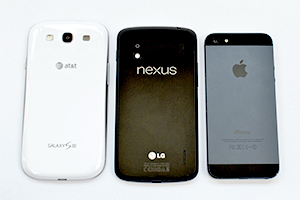 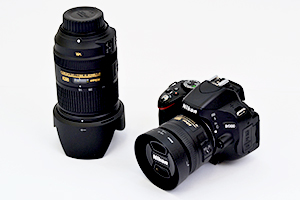 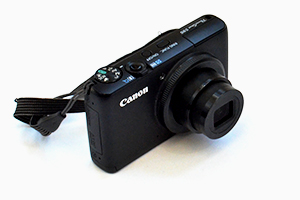 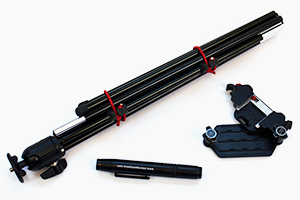 Nikon's D5100 is not the best camera in the company's stables, but it has been my friend through many dangers. Having an external microphone port is a must for me, and the D5100 was one of the less-expensive ways to ensure I had one. I'm pairing it with an AF-S Nikkor 18-300 lens for liveblogging and an AF-S 35mm for hands-on work. I reserve the right to swap in a 40mm lens instead, but I'm not yet familiar with mine and need to stick with something that's battle-tested.

The S95 is probably my favorite camera among the many I've owned. It offers really great and granular controls paired with automatic defaults that often result in better photos than poor skills can achieve with my DSLR. For CES it's a backup camera, but outside the show it's the one that always stays in my bag when the heavy stuff is at home.

I don't have a strap attached to my DSLR, which is a little crazy. Instead, I use Peak Design's Capture camera clip. It's a solid little piece of metal I attach to my bag strap and a tripod-mount on the camera clicks into it. I means I can draw the camera fast like a ridiculously-nerdy gunslinger and don't have to worry about getting tangled up in a second strap around my neck. I keep a lens-pen in my bag because it basically weights nothing. Depending on the situation, I also carry a tent-pole tripod that isn't very good, but has sometimes been the difference between terrible video and something watchable. Spare SD cards, battery chargers, and cables are alternately in my bag or completely missing, depending on the day.

If you are looking for the obsessive, shoulder-destroying overkill section of this walkthrough, you've come to the right place. Not counting the batteries built into my phones, tablet, and laptop, I'm carrying six more batteries. I keep one small Hypermac for charging my MacBook, two spare Nikon camera batteries, two spare Galaxy S III batteries, and an Anker external USB charger. For power, I usually have a couple of USB wall-warts and a Monster three-plug-plus-USB power strip, the latter of which makes many friends in the press room. I can tell you from hard experience that even this massive collection of lithium ions can be completely depleted by the end of a hard day at CES.

I haven't found a solution that works better for me than pen and paper for quick notes. I like Field Notes because they're small, won't kill me if I lose one, and they fit in my back pocket. The Parker Jotter medium retractable ballpoint pen is the greatest writing tool ever put in a pocket, with a plastic barrel instead of metal of course. Once upon a time we traded contact information by aligning infrared beams, but sadly those days are behind us and the only universal solution left is the lowly business card, so I carry a bunch.

Wi-Fi interference is a real problem at CES, so my go-to solution for getting online will be LG's VL600 LTE USB stick on Verizon. Alongside that there's an Elgato Turbo.264 HD stick for rendering video, a couple USB sticks for swapping files around, and of course a Thunderbolt Ethernet adapter. Multiple micro-USB cables and Lighting cables fill out that particular pocket.

I don’t carry a lot of stuff that isn’t directly related to putting stories on the internet. Even so, I keep breath mints on hand, lip balm at the ready, and a packet of (real) Sudafed to fight off the inevitable sinus problems I get in the desert. The sunglasses are prescription, if you must know, and not pictured here is another essential: at least one energy bar in the likely event I need to skip a meal. Finally, about the nicotine lozenges: don’t judge me if I end up utilizing a more traditional delivery system for that drug every now and again. It’s Vegas, after all. 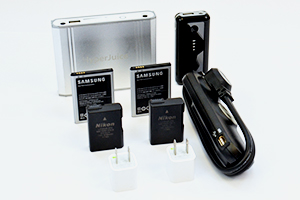 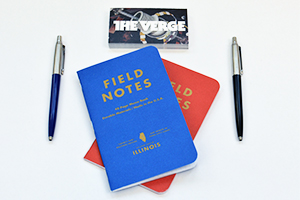 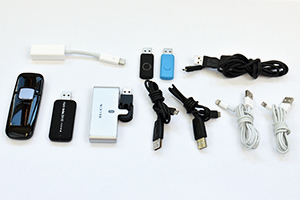 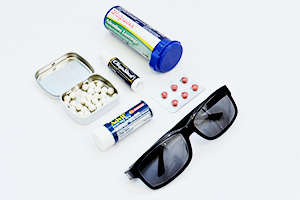 Our favorite benchmarks for testing PCs and how to use them

Persona 5 and Nier: Automata are coming to the Switch

The Future Of: The Verge’s Netflix show about the future of everything is now streaming