We've seen some early Windows 8 user interface mockups direct from Microsoft, but now a key designer responsible for the Startscreen and Lockscreen has revealed some early concepts behind Microsoft's latest operating system. Marius Bauer describes his "dream project" of creating a default wallpaper as part of Microsoft's design team. Bauer says he proposed a subtle design element on the Startscreen background and illustrations for the Lockscreen.

A series of early concepts show how the design progressed into the Lockscreen that is used on millions of Windows 8 PCs today — a composition that captures the nature and architecture in Seattle and Microsoft's campus. "We got really inspired by the beautiful nature and iconic architecture of the city and the campus. Both elements are integrated in the final design." 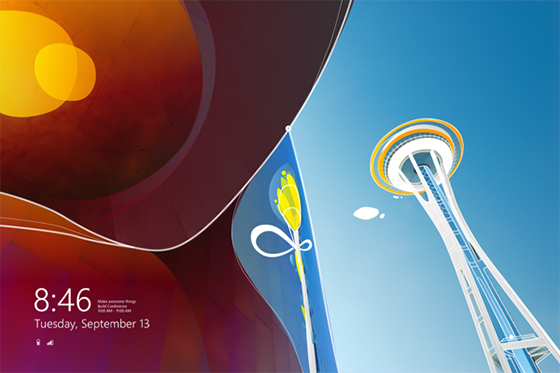 Bauer's work is now part of the final product in Windows 8, with a number of styles for the Startscreen and the default Seattle Lockscreen. There's no hint at his future design efforts at Microsoft, but he says everyone involved was "really glad with the final work."