Share All sharing options for: BodyMedia strolls out of the gym with new fashion-conscious Core 2 body monitor

BodyMedia has announced the new Core 2 health and activity monitoring wristbands at CES this year, with an apparent focus on making the tech more palatable for those with a fashion sense that doesn't include rubberized accessories. The company says the new device contains four sensors in a package smaller than an iPod Nano, and like prior models, BodyMedia says it captures over 5,000 data points per minute — including measurements of how many calories you're burning, exercise intensity, and sleep patterns. The company is also adding Bluetooth to the Core line (already offered in its Link monitors), which will allow live updates on your body metrics to appear on smartphones and tablets. BodyMedia will also offer an optional accessory strap with an embedded heart rate sensor for personal cardiology. 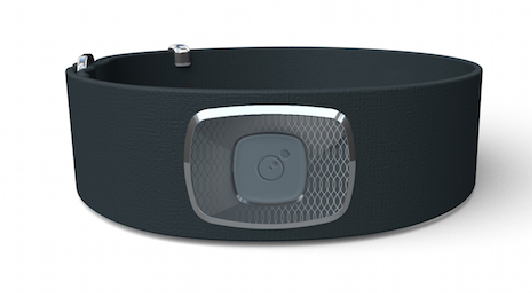 In terms of design, personal tech for body measurement has thus far been directed at health and fitness diehards, but the new Core 2 sensor is sleeker than the company's previous efforts, and is designed to fit inside interchangeable straps and cuffs. Even the default armband, pictured above, looks more like a watch than a fitness gadget like the Nike+ FuelBand, and the company promises more variety; BodyMedia says the Core 2 will launch in August, and that later this year it will release interchangeable faceplates, straps, and cuffs. The company will be showing off the new device later tonight, and we'll be there to give you our hands-on impressions.