Dish thinks it can make finding what to watch on TV out of thousands of channels easier with an iPad app for Hopper DVR users. The new app, which will be released tomorrow, is called Dish Explorer, and in addition to the standard search and DVR management offered by other apps, it's designed to surface content that's right for you. The app will highlight TV shows that are trending based on real-time viewing statistics and social media activity, and it will look through live TV listings, your DVR, and on-demand content. Like any modern content discovery app worth its salt, Dish Explorer also has plenty of social networking integration.

We spent a bit of time playing with the app itself to see if it'll be worth booting up next time you turn on your TV, and depending on what you're looking for the Dish Explorer app may be useful. The primary new feature in the app is that individual show pages feature live-updating conversations on Twitter so you can follow what other people are thinking while watching on TV. When you select a show it'll tune to that channel on your Hopper, and some demographic info is also provided. There's also a handy tweet box so you can opine on the latest episode of Game of Thrones. Other than social features, there's the usual virtual remote, which was about as good as any we've seen; though you'll probably want to stick with the app-based channel guide. 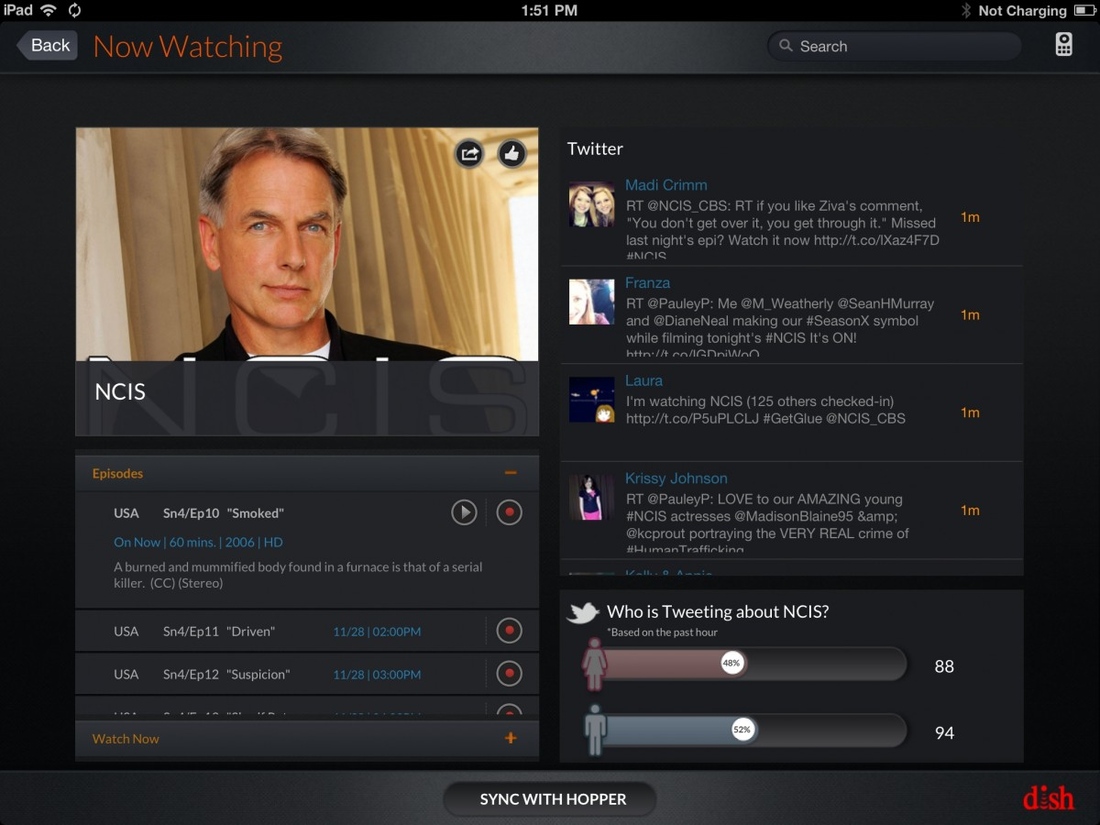