Lenovo has announced a slew of touchscreen devices ready for Windows 8, including a pair of new ultrabooks, a high-res all-in-one, and a 13.3-inch multitouch monitor. Perhaps the most interesting of the new products are a pair of new touchscreen ThinkPads, the Edge E431 and E531. Measuring one-inch thick and weighing in at 4.7 (E431) and 5.4 (E531) pounds, they'll be configurable with up to Core i7 Ivy Bridge processors, 16GB of RAM, and 1TB of storage. The E431 will max out with a 14-inch 1600 x 900 "HD+" display, while the E531 will be available with a full HD anti-glare panel. They'll also arrive with "next generation" Nvidia graphics with either 1GB or 2GB of video RAM. Lenovo claims you'll be able to squeeze up to eight hours from both laptop's batteries. They'll be available in May from $539. 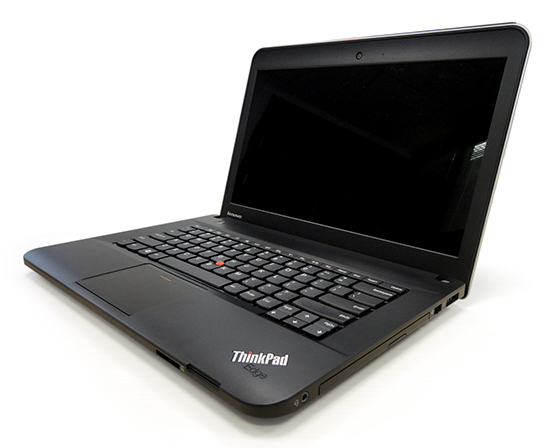 The IdeaPad U310 Touch and U410 Touch are touch-enabled versions of Lenovo's already-available ultrabooks. Both are powered by Intel Ivy Bridge processors with HD4000 graphics, up to 4GB (U310) or 8GB (U410) of RAM, ultrabook-standard 1366 x 768 displays, and SSD/HDD hybrid drives. The 14-inch U410 also has switchable discrete graphics from Nvidia, although Lenovo hasn't specified what GPU will be included. Apart from the discrete graphics and touchscreens, the pair feature everything you'd expect from an ultrabook, and both are relatively thin and light, weighing in at 3.85 (U310) and 4.4 (U410) pounds and measuring 18mm and 21mm thick. According to Lenovo the U310 will be good for six hours of "productive usage," while the U410 will last eight hours — we imagine that's with the discrete graphics disabled. The U310 will start at $779 in March and the U410 will be available for $850 from April.

Lenovo will also release a couple of new full-sized touchscreen laptops, the IdeaPad Z400 and Z500. Like the ultrabooks they'll feature up to Core i7 Ivy Bridge processors, and will arrive with unnamed discrete graphics from Nvidia and up to 16GB of RAM. Both will have multitouch 1600 x 900 panels; the Z400 a 14-inch unit and the Z500 a 15.4-inch. The smaller Z400 will be available in March, while the Z500 will arrive in April. Both will be priced from $699.

Rounding up the new line-up are a pair of all-in-ones. The Lenovo C540 is an entry-level all-in-one with a 23-inch multitouch 1080p display, Core i3 processor, 8GB of RAM and Nvidia GeForce 615 graphics. The IdeaCentre A730, however, is a little more impressive. Positioned to take Apple's iMac head-on, the update to last year's IdeaCentre A720 is just an inch thick. It's configurable with a 2560 x 1440 multitouch display, Core i7 processor, 2GB Nvidia GeForce GT 745M graphics card, 8GB of RAM, and a 1TB hybrid drive.

Unlike Apple's all-in-one, the IdeaCentre can fold down completely flat to function as a multitouch surface on your desk. It'll be available this June starting at $1,499, although for that price you'll be getting a standard 1080p touchscreen display; Lenovo has yet to reveal how much the quad HD upgrade will set you back.

If you're not ready to replace your old laptop or desktop just yet, Lenovo will release a 13.3-inch 1600 x 900 touchscreen display. The ThinkVision Touch Mobile Monitor is a bit like a tablet without the computer — it connects via USB ($349) or wireless ($449) to your existing device as a 10-point multitouch companion display. In addition to finger-based touch, the ThinkVision also has a digitizer with 256 degrees of pressure that'll let you write and navigate using the bundled stylus. It'll come with a stand / cover combo that lets you prop up the display in portrait or landscape when you're using it on a desk. It'll be available this March.