Consumers pay the hidden costs for the 'free' app ecosystem

Can mobile developers find a way to make paid apps work at scale?

Share All sharing options for: Consumers pay the hidden costs for the 'free' app ecosystem

Time is money, and apps don’t last forever. You’re never going to get back the hours you spent Oinking that hip record shop in Williamsburg or Stamping the bars with the best absinthe martinis. The weeks you’ve spent carefully crafting that ‘Slow Jams’ playlist on Spotify binds you to it, and discourages you from switching to Rdio or Rhapsody at the bat of an eyelash. If Apple acquired Foursquare to supplement its lackluster Maps app, it could, in an instant, render void your hundreds or thousands of check-ins.

Free apps are dangerous, yet free is the dominant business model most mobile apps are taking these days. The roadmap is simple: grow as quickly as possible, then insert ads of some kind or get acquired. For consumers it offers a crummy set of choices: either losing the countless hours you put into the app or have your private data sold to marketers — since as we all know, when the product is free, you are the product. So how are we to trust investing time (our most valuable asset) in free apps that seem to inevitably "jump the shark," no matter how cool they start out? Are paid apps the answer, or will we need something more complex to keep developers in business?

"How are we to trust investing time (our most valuable asset) in free apps?"

Last Thursday, recipe-sharing site Punchfork was acquired by social collections site Pinterest. "I really liked Punchfork, this sucks," wrote TechCrunch commenter Kevin Rank below the story, since Pinterest plans to shut down Punchfork within the next couple months. "It is a major pain to pull all of my information out," he said over email. "I guess I have seen enough of these cullings, especially in social media to not be upset at it. It happens, I move on. I don’t have the time time to move all 231 Likes [I’ve accumulated], so I’ll move my favorites." Like a rabbit harried by a hound, we’ve come to expect this kind of treatment.

From free to paid

Pocket, formerly known as Read It Later, began life as a paid application. "We were making money with paid apps, but not in a way that ensured our longevity," says founder and CEO Nate Weiner. Surviving meant getting much bigger, and that meant going free. Weiner acknowledges that being free can indeed lessen the trust between creator and user. "I do see the stigma around free apps and trust," he said. "This has been something that has been frustrating for me to see since dropping our paid app in April. There hasn’t been a Pocket article on The Verge yet that hasn’t had commenters fearing that we are going to sell users out or get acquired and shut down. As much as it hurts, I get it. It’s perfectly fair to question things you don’t have answers to."

Most people could stomach losing their favorite recipes or bookmarks, but what about all the intimate moments we’ve saved in social networking app Path? The company isn't searching for a buyer, hasn’t found mainstream success, and employs some of the most talented designers and engineers in Silicon Valley — making it a prime target for talent acquisition (though it turned down an offer from Google in early 2011). The company would most likely allow you to export your data if it went under, like Stamped did, but some companies like blogging platform Posterous only made available an export option nine months after being acquired.

A sort of Catch-22 has emerged: it’s tough to develop a sense of security with the free apps we use, meaning it's harder to convince users to invest the time that makes the app worthwhle. Creating a healthier app ecosystem by encouraging users to pay, and developers to charge, has become a sort of rallying cry within the programming community. In a seminal blog post from this discussion, Pinboard founder Maciej Ceglowski wrote: "avoid mom-and-pop projects that don’t take your money… What if a little site you love doesn’t have a business model? Yell at the developers! Explain that you are tired of good projects folding and are willing to pay cash American dollar to prevent that from happening." Ceglowski has a noble idea, but being a paid app has its share of risks. According to analyst firm Canalys, half of the money Apple's App Store brought in during a large part of November was spread among just 25 developers — most of which develop freemium games like Poker by Zynga. The standards for paid apps are astronomically high, and only a few make it big. It's do or die.

"What if a little site you love doesn’t have a business model? Yell at the developers!"

Mac and iOS Journal app Day One has been a premium app since its humble beginnings, and went on to become Apple's Mac App of the Year 2012. "We've grown the company naturally and organically as it's made business sense," founder Paul Mayne says, "which compared to most startups, is not typical." Mayne saved money for a year to fund the initial development of Day One. "I've also had a great advice from a friend, Matt Wigham, who co-founded Big Cartel," he says. "He and his partner started small while still at their day jobs and slowly built up the paid product to the point they were both able to quit and work on it full time. Seven years later, they just hired their 18th employee. Slow and steady." 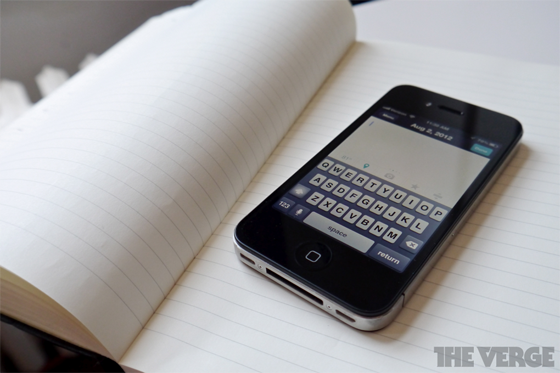 Part of the reason Day One needed to be a paid app is because nobody wants their journal entries sold as fodder to advertisers. But that's kind of how Facebook works — a site where you share private photos and updates with friends. Though Facebook didn't always have banner ads, they were always inevitable, like the fact that the Pages you like will be used to sell ads to you. "The only way to get around the privacy problems inherent in advertising-supported social networks is to pay for services that we value," said The Atlantic’s Alexis Madrigal in a recent post. In this case he’s talking about Instagram, a great photo-sharing app that faced a backlash after changing its Terms of Service to better align with Facebook's. "A user needs to understand who actually owns the information they choose to collect or share with an application or service and how that information is going to be used," says Oliver Waters, co-founder of d3i and creator of journal app Momento.

For a niche product like password manager 1Password, the developer AgileBits knew it wasn't going to hit the top of the charts, so they went to the other extreme. The app costs $49.99 on Mac and $17.99 on iOS to ensure the company stays in business. "Paid apps work because they provide the great experience people deserve as customers," AgileBits’ David Chartier says. "When the transaction is between you and the people who made the thing you want, there is a great relationship — a responsibility — that you don’t get any other way." AgileBits, like other developers, might take advantage of a free trial upgrade system which could lower the barrier entry to many users, but Apple doesn't seem to have any plans to offer such a feature.

"Paid apps work because they provide the great experience people deserve as customers."

A new way to pay

Paid apps have a hard business model, as they need to maintain salaried employees and server costs while users pay just one up-front fee "for life." A good way to ensure the livelihood of products is to convince users to pay not just once, but over time. There are currently two options to make this work: in-app purchases and subscriptions. New York startup FiftyThree develops a free drawing app called Paper that makes its money solely on in-app purchases. Apple awarded Paper its prestigious Apple Design Award for its impeccable design, but also called out its innovative try-before-you-buy system for downloading new brushes. It's a novel idea that flips the negative connotation we've come to associate with in-app purchases, which often provide in game Gems, but no long term value. "The app marketplace is still nascent, and you are seeing a lot of experimentation around business models," FiftyThree co-founder Georg Petschnigg says. 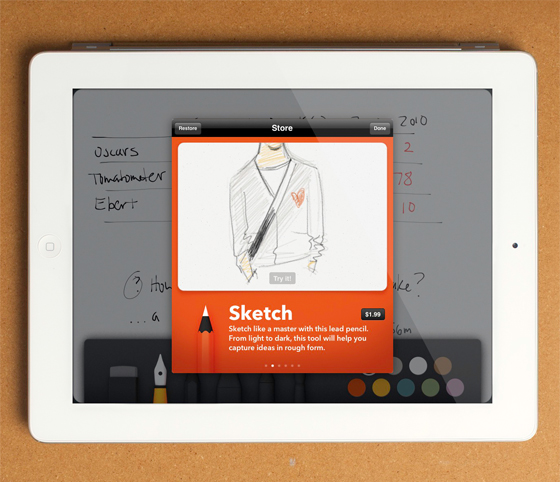 "We chose an in-app purchase model for design, technical and business reasons," says Petschnigg, and apparently it’s working. FiftyThree is staffing up, and is one of the Top 20 highest grossing iPad apps according to Petschnigg. "With a pay-upfront model, you limit the lifetime-value of a customer and many app makers run out of steam after the first year," Petschnigg says. "In contrast we have been able to accelerate our development." App Cubby’s David Barnard summed it up well when he wrote, "The future of sustainable app development is to give away as much value as possible and empower those who receive more value to pay more for it."

"The future of sustainable app development is to give away as much value as possible and empower those who receive more value to pay more for it."

Barnard’s idea leads perfectly into the final means of paying for things in a way sustainable to that company: subscriptions for the essential apps we use every day, or every week, or every month. "You can do the math," says Pierre Valade, co-founder of new calendar service Sunrise. "If you want to build a business that’s sustainable, paying once for an app is impossible." Dropbox and GitHub have made monthly subscriptions work, and Spotify is close to figuring it out — three companies that offer lengthy and unique free trials of their services to get users onboard. Magazines have long made $20 / year work, and while many believe the monthly magazine as a medium is going the way of the Dodo, the value proposition is not. Is it so hard to imagine a million of Flipboard’s 20 million users might be willing to pay a few dollars per month for the best magazine app for tablets?

Paying $5 for an email app might to some sound ludicrous, but what about when you change the way the question is framed? $5 per month for the email app you use all day, every day doesn’t sound nearly so bad. Still, even the best mail app might not be able to make much money unless it hits critical mass. "Obviously, subscription is the answer," Sparrow co-founder Dom Leca says. "but the App Store doesn’t provide a great subscription service." The App Store is designed primarily for Newsstand and in-app purchases subscriptions, but not up-front subscriptions you can alter at any time. 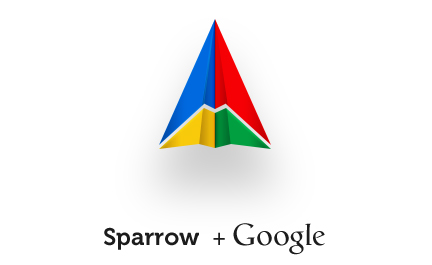 Sadly we won’t get the chance to find out. Sparrow sold to Google before experimenting with an ongoing payments model, and it's hard to blame them. Ultimately, the decision between paid and free isn’t as black and white as it might seem. Even the best paid apps like Sparrow and WhatsApp are vulnerable to acquisition. Some founders set out to make a million dollars, while some set out to simply make a living.

A new generation of of apps may arise with a model yet "untested,", as Tapity developer Jeremy Olson blogged, that could usher in a new era of apps that live a decade instead of a year. While we wait for that innovation, users might need to adapt to a new way to think about investing time in software. "Whether it’s in advertising, selling your data, or losing the service altogether, " Day One founder Mayne says, "I think users are starting to see the cost of choosing free apps and services."