In a world where everyone’s mom has an iPhone, how is technology supposed to feel futuristic?

Share All sharing options for: The future is now, the future is weird: an expedition into the dark heart of CES

Trent Wolbe will be publishing daily photo essays from CES. This is the first in the series.

These days it seems like everyone is all about meeting up and nerding out. Music junkies lose their minds in the K-hole that Austin becomes every March, comic nerds let their freak flags fly in San Diego. Elite film appreciators flock to Robert Redford’s serene retreat in Park City, supreme art assholes learn about the future of being a supreme art asshole at Art Basel. The conference-festivals (sure, let’s call them confests) have become a subculture all their own, spawning whole economies and copycat events dealing with the microgenres that multiply and thrive in our modern information economy. 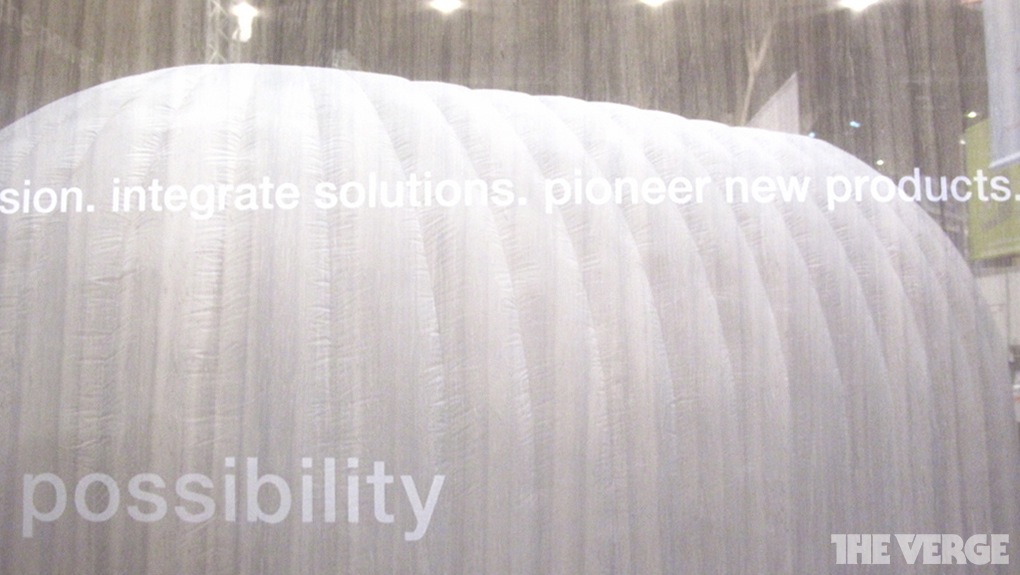 Real nerds (hi) actually claimed firsties on the whole confest thing forty-six years ago! Of course the tech OGs brought their proto-Gathering of the Juggalos into the world before any other group of freaks did the same. CES has rung in every new year since 1967 with an international infestation of technology disciples, with hotels and casinos hosting a panoply of large and small companies doing their damndest to sell their version of the future to anyone with an open pocketbook. Although it’s technically industry-only, the Consumer Electronics Show isn’t that hard to get into, and if you can’t score a badge, you can be sure that every square inch of its exhibitions will be put under the microscope and broadcast worldwide through whatever the popular medium of the day is. 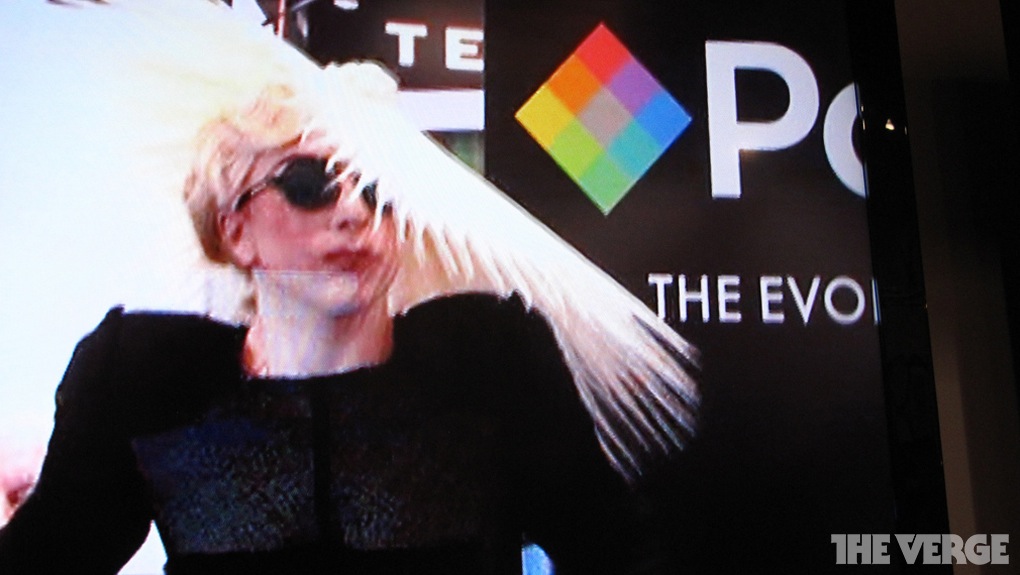 My first CES was in 2007. Heady times! I let myself be swept up by the onslaught of high-definition televisions, absurdly capable media players, and new paradigms of communication that blew my mind in big and small ways. The information era was growing by leaps and bounds and the companies representing at the convention center had a certain corporate/otherworldly je ne sais quoi that allowed me to truly feel as if I was getting some sort of exclusive look into the future. It was really fun. 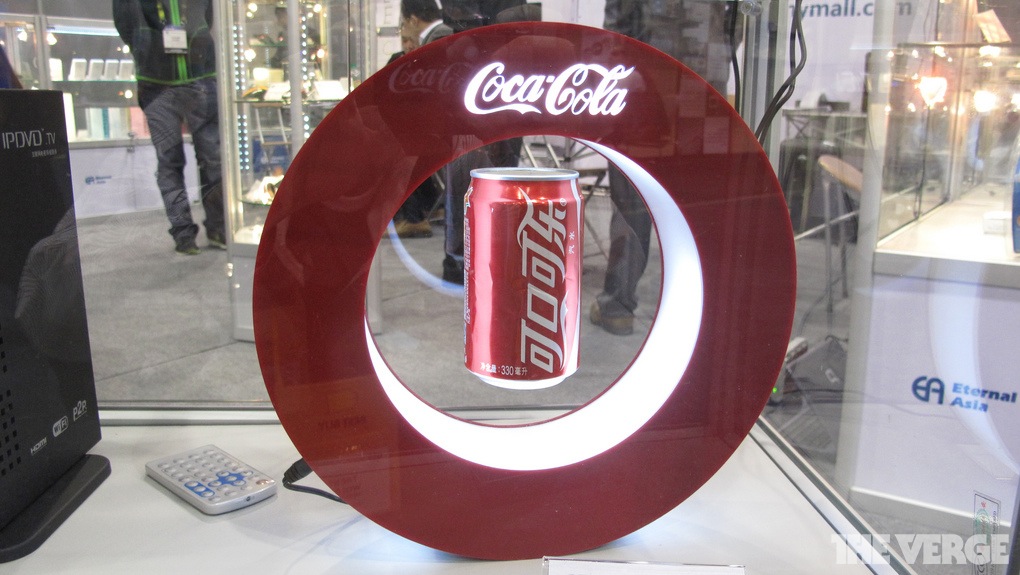 In 2013 the information revolution is an institution. In a world where everyone’s mom has an iPhone, how is technology supposed to feel futuristic? The futuristic confest monopoly CES once held has splintered; gatherings like H+, Defcon, Megapolis, and even Burning Man are now the events where the future might be most likely to unfold in front of one’s eyes, youthful subversion taking their ideas more consistently into a truly revolutionary version of tomorrow. The most awesome new electronics come from smaller-scale creators, most of whom manufacture with tools like Arduino, MakerBot, and Kickstarter. 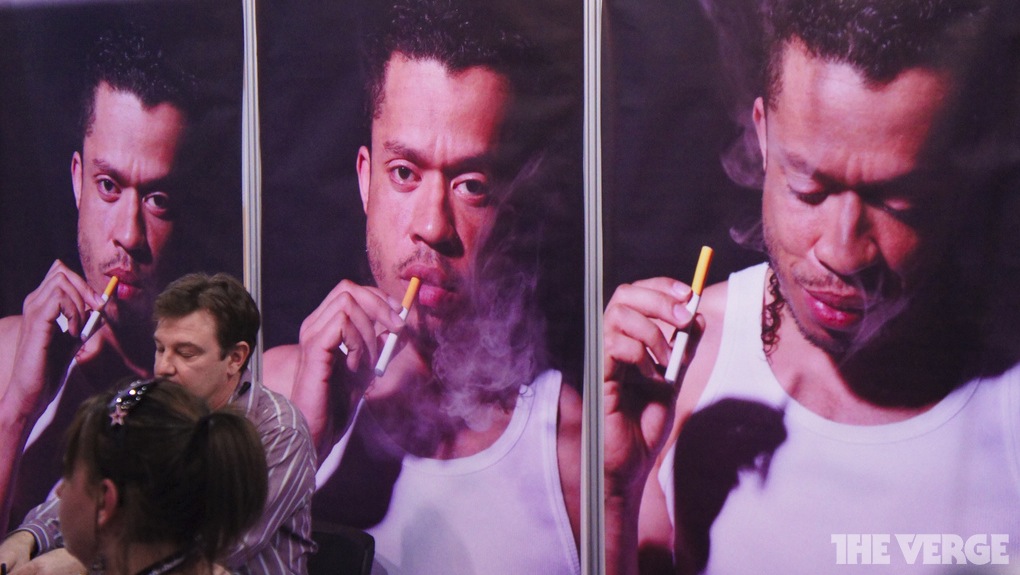 Large-scale technological innovation now comes to us in iterative, predictive corporate baby steps. While its descendants are beating new paths into the wilderness, CES prefers to stay home and hang tight with the most stable commodity of any time: money. Think Brookstone and SkyMall, a blur of massage chairs and noise-cancelling Bose headphones, providing comfort to a simplistic tech consumer with kids out of college and a pocketbook suffering from empty nest syndrome. 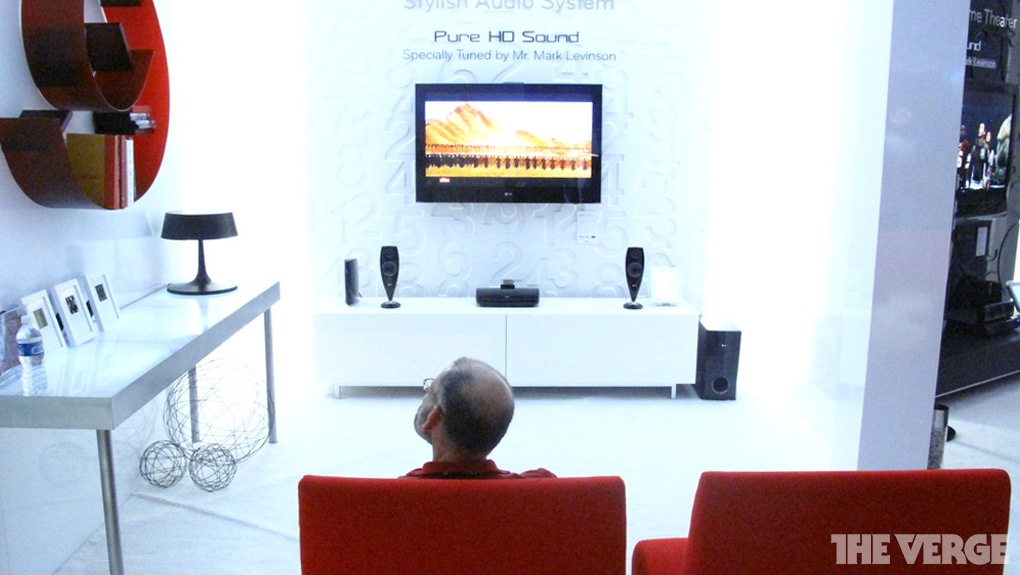 It’s not that CES doesn’t try its hardest to cultivate a face that’s both cutting-edge and youthful. But look a little closer: behind the posh celebrity DJ nights and wild bottle service parties the big companies are fond of throwing you’ll find it’s simply an older generation’s idea of what innovators like to do when they party. Perhaps they haven’t been to a real rager since the mid-’90s: the face of these events is artificially enhanced, deadened by botox and hovering dangerously close to the edge of the infinity pool. 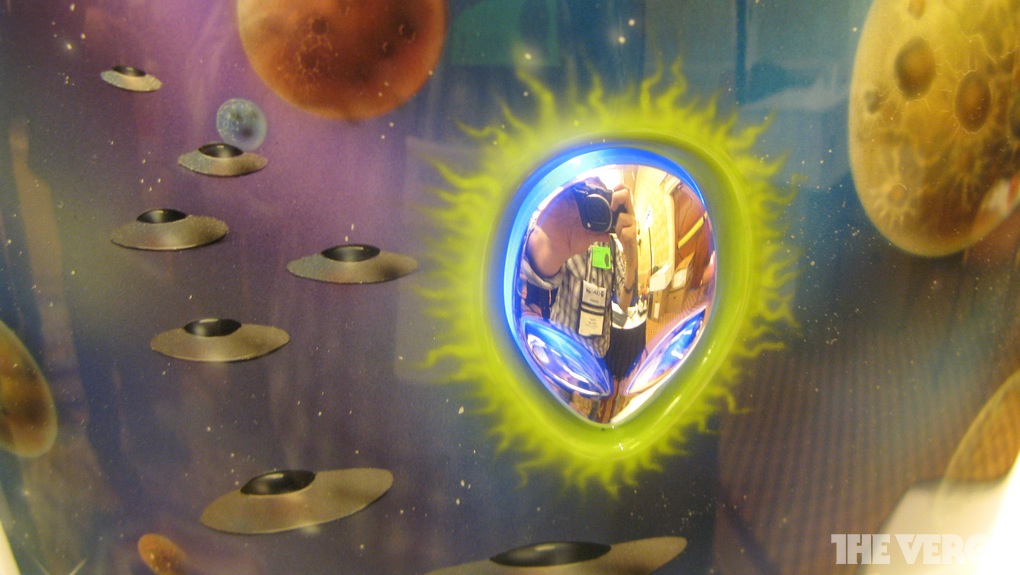 Perhaps it’s just that the world has finally caught up with CES. The insatiable consumer has always been its focus, and today most of us consume electronics as freely as air. But that doesn’t mean I don’t want to be impressed. I just want to hear about the future from people who have been emailing since they were in diapers, not hybrid SUVs. 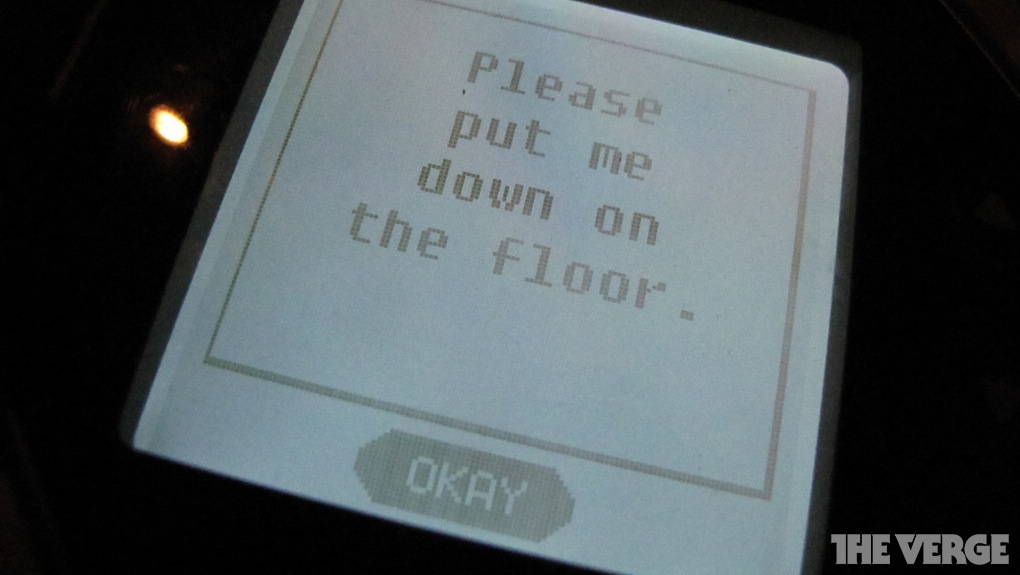 Las Vegas itself has been making money on glitz and technological wizardry for almost a century precisely because it doesn’t take itself too seriously. My advice to the old guard: you are old, 46 years old, which I won’t bother to convert into computer years because it will be depressing for everyone. Act your age. We know you’re not used to it, but show some emotion — the real and vulnerable kind, not the kind you think we want our televisions to have. Poke a little fun at yourself, recycle your product history if you don’t have anything mindblowing to show me. Line your demo booths with the yellowed mainframes of yesteryear, not more zany iPod docks. You’re not the future, but you are an establishment. Make the most of your cultural leverage and leave tomorrow to the children. Become the grandpa everyone knows and trusts, not the skeezy uncle only half-jokingly chatting up the booth babes. 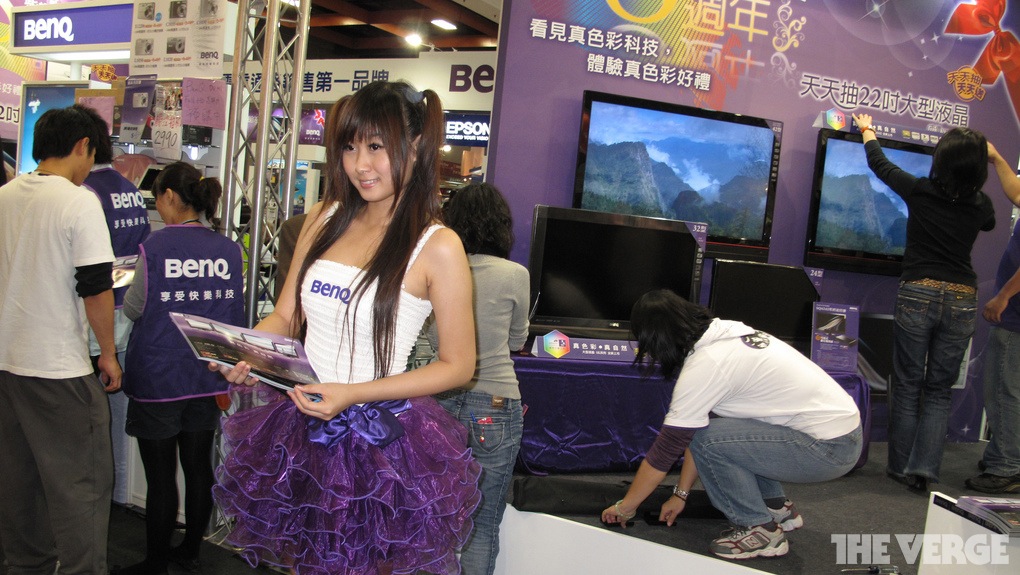 Over the next few days I’ll show you, as accurately as I can, what I see in Vegas. My prediction is 99% hot air and landfill-bound iPad accessories, the actually-cool shit hidden in some under-trafficked corner of the international hall, where a Chinese magnet fabricator and a passionate design student are zeroing in on a production process for a piece of kit that no one has ever even dreamed of. Come at me, 1%ers. You GOT to impress me. 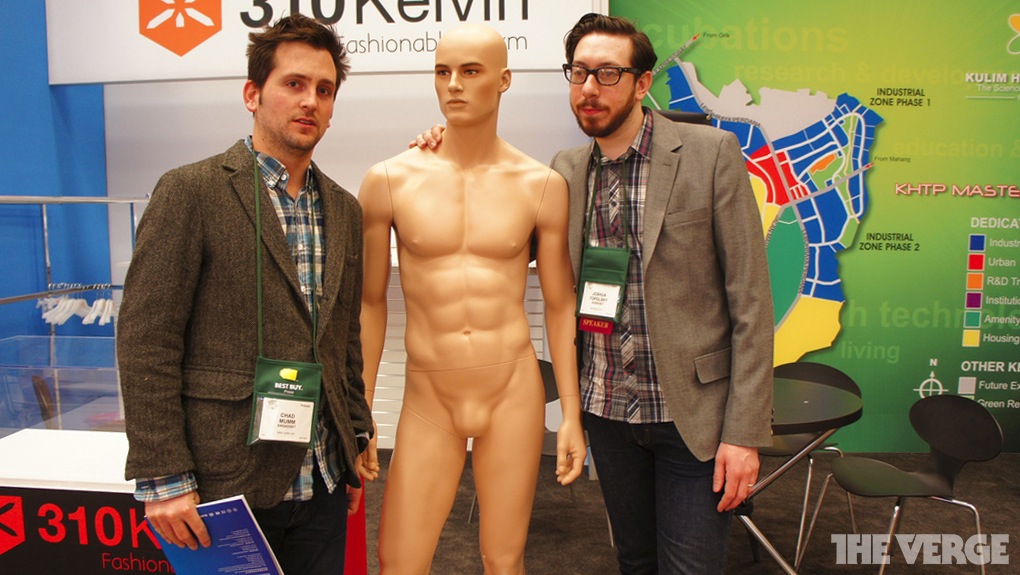