Vizio adds touchscreens to its computers, but can it fix the trackpad? (hands-on)

Share All sharing options for: Vizio adds touchscreens to its computers, but can it fix the trackpad? (hands-on)

When Vizio first announced its lineup of PCs last Spring, we wondered why touch support was missing. Windows 8 was already a known quantity, and touch was clearly the future — what was Vizio waiting for? With the 2013 models of its laptops, announced today at CES in Las Vegas, Vizio's decided that the time for touch has come. The 14-inch Thin + Light, 15.6-inch Thin + Light, and 24-inch all-in-one were all upgraded today with new internals and a few new features, though the only really notable change as we used the new machines is the addition of a ten-point touchscreen. The touchscreens worked well on every machine we tested, with excellent response both to taps and to Windows 8's edge gestures.

A few other things have changed since the PCs hit the market to a somewhat tepid response — Vizio scrapped its trackpad and started over with a new manufacturer, and it's been refining the keyboard over the last several months as well — but touch is the big change. The trackpad is definitely improved over previous models, but it's still not as good as we'd like, and the keyboard didn't strike us as much of a change at all. We like the overall look of the machines, and are glad to see Vizio not changing it, but there are some serious flaws we'd like to see ironed out a lot faster. 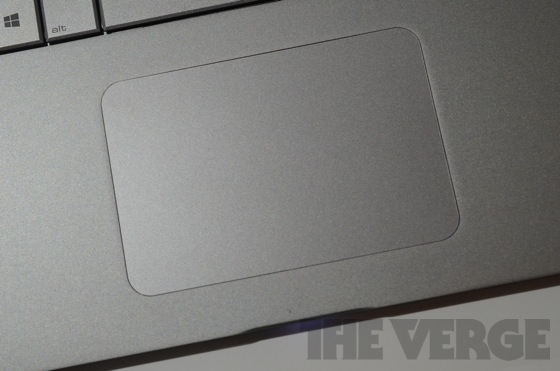 We're not sure when the new models will be available, or how much more you'll have to spend for a touch-enabled Vizio computer, but based on our experience touch is worth paying for. Even more so in this case, maybe, since a touchscreen can help you avoid your computer's trackpad.