Xi3's Steam-funded hardware is codenamed 'Piston,' will be based on newly announced X7A computer

Xi3's Steam-funded hardware is codenamed 'Piston,' will be based on newly announced X7A computer

Earlier today, modular computer manufacturer Xi3 announced that it had received funding from Valve to create a gaming-focused system tailored for Steam's recently announced Big Picture Mode. Xi3 has revealed that the project is known as "Piston" and will be based on the company's X7A computer. With more powerful internals than last year's model — up to a quad-core 3.2GHz AMD R-464L APU compared to last year's Athlon 64 X2 3400e 1.2GHz processor — more ports, and the ability to connect three monitors rather than two, Xi3's small X7A computer is clearly aimed at the gaming populous, and will launch for $999.

However, it remains unclear how much the X7A and Piston will have in common, aside from Xi3's iconic 4-inch chassis. There's still no hard information on Piston's internals or when the currently in-development project will see the light of day, but it will be interesting to see what becomes of the Valve's decision to invest in the company. 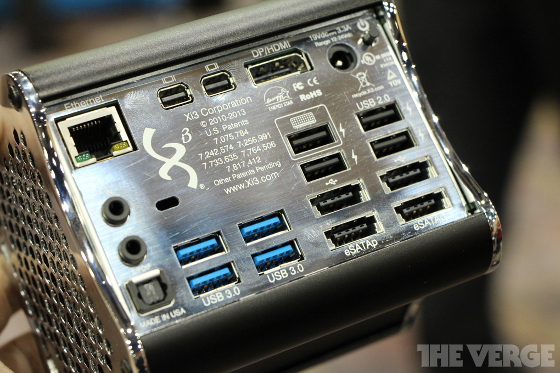