NASA today released a set of stunning photos taken from the International Space Station, capturing the massive wildfires currently raging across Australia. Photographed by ISS Commander Chris Hadfield, the three images lend a breathtaking sense of scale to the brushfires, which have been burning since Friday.

Australian authorities have attributed the fires to record-high temperatures and dry conditions, warning that they could pose a "catastrophic" threat to those living in affected areas. Temperatures have been so hot, in fact, that the country's meteorology bureau was forced to add two extra colors to its heat map, extending its temperature range to 54 degrees Celsius (129 degrees Fahrenheit).

Brushfires have also flared up in neighboring Tasmania, and although no deaths have been reported thus far, the fires look undoubtedly terrifying, as Hadfield's smoke-filled photos make clear. 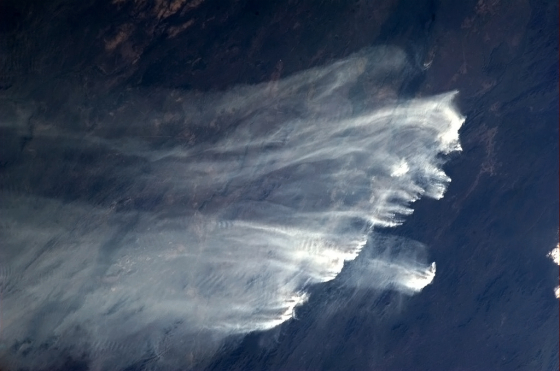 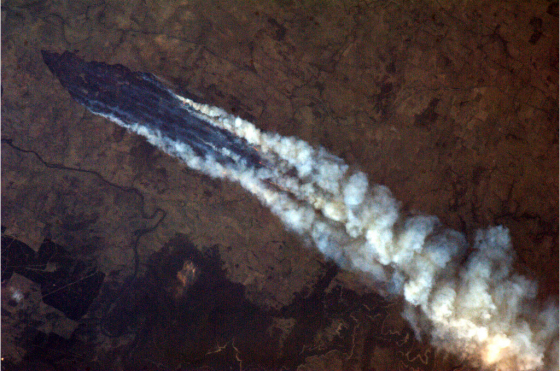