We're at LG's booth taking a look at the Korean company's new Hecto Laser TV projector. The Hecto is a pretty huge — it's roughly two feet by one foot — semi-glossy black box that's supposed to sit 22 inches away from your wall. LG is keeping the projector behind a barrier and wouldn't let us play with it ourselves, but we got a chance to check out the image quality, and were left a little disappointed. Stretching a 1080p image over 100 inches already degrades the quality somewhat, and to make matters worse there's a large amount of green and red fringing, especially around white objects. The effect is something like a PenTile screen on a smartphone: not pretty, although in LG's defense we were closer to the screen that you'd be likely to at home. Image brightness and contrast was remarkably good considering the TV was in the middle of a well-lit booth. 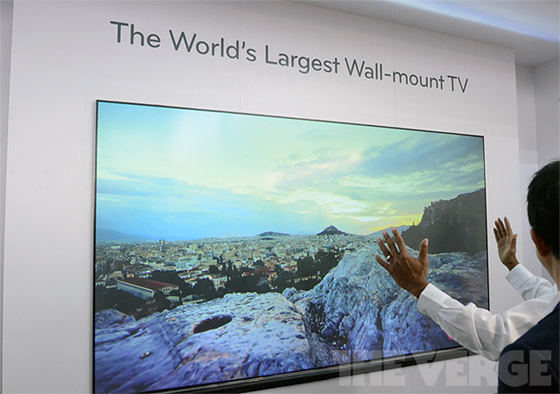 LG said at its keynote yesterday that after 25,000 hours you'll have to replace the Hecto's light element, and when we spoke with a representative we were told that the element will be roughly 50 percent less effective than a new unit. Degradation is also a continuous process, so don't expect your new projector to stay bright for long. The Hecto Laser TV projector will cost $9999.99 when it launches in the US this March. For that price you'll be getting the projector and an 100-inch passive screen to mount on your wall. 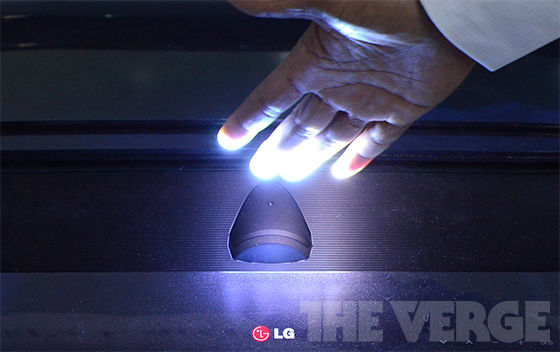