Panasonic has announced the Toughpad FZ-G1, which it describes as the world's thinnest and lightest rugged Windows 8 tablet. It has a 10.1-inch IPS display, Ivy Bridge processor, and 3G or 4G connectivity, along with features suited to work in the field like a replaceable extended battery, cradle dock, 360-degree handle case, and digitizer pen. 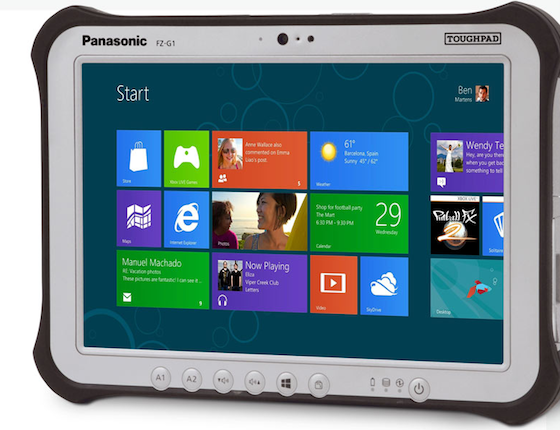 It's also 120cm shock resistant, and while Panasonic is calling it "thin and light" you'll unsurprisingly be taking a bit of a portability hit to get that added protection; physically, it looks very similar to the Android-powered ToughPad A1 that we saw last year. The company also announced the new ToughPad B1, a 7-inch version of the A1, and is working on a 7-inch Windows 8 rugged tablet along with 5-inch models for both operating systems. The new ToughPads will be available worldwide.