Chinese social network Sina Weibo has begun translating portions of its website to English. TechInAsia reports that the user interface hasn’t seen a complete translation, but the menus that give access to options such as private messages and mentions have gained an English option. Most notably, the Sina Weibo logo also changes to English when the new language is selected. The company says that English hasn’t been rolled out globally just yet, as it’s designed for users in Southeast Asia, but TechInAsia has had success selecting the option from within the United States. 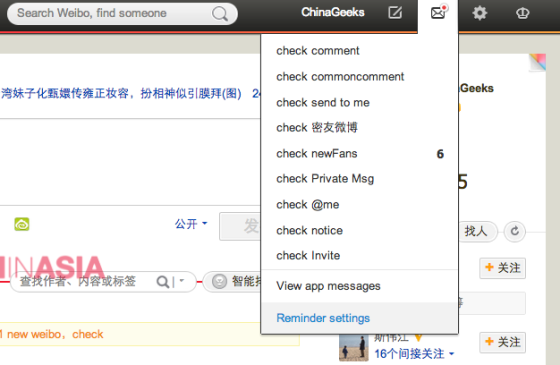 Making the site more accessible to international users should help the social network further build on its 400 million users. The next logical step would then be to begin displaying English language advertisements. Sina Weibo currently generates revenue with Chinese adverts from various brands as well as through a Premium option, but throwing English commercials into the mix should help to bring in additional income.