Samsung made news earlier this week with its curved OLED TV, and now it’s pushing the same idea onto mobile devices with a flexible-display prototype phone. The screen curves around along the phone's right edge, giving extra space for providing content. In its demo, Samsung showed how the phone, when its screen is covered with a jacket, could give users space to see incoming text messages and acting on them. 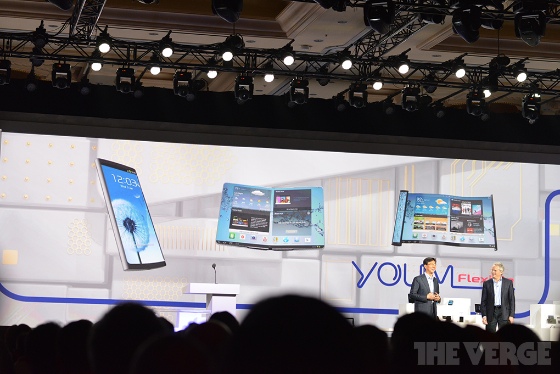 This is also the first time we've seen Samsung break out its Youm brand name for flexible OLEDs in public. Wrap-around displays aren't the only thing the company has in mind for the technology though. It also showed some rendered footage of a foldable phone and one with a retractable, roll-up display. We've been tantalized with the promise of flexible OLED displays for years, and it's great to see some genuinely useful applications of the tech taking shape.