Sony, Samsung, Panasonic, LG, and now Vizio too — the 4K bandwagon is fully loaded and ready to get rolling

Share All sharing options for: 4K at CES 2013: the dream gets real

Almost exactly a year ago, upon these parched steppes of Nevada we know as Las Vegas, Vizio told us it was keen to get into the 4K TV market, but the timing wasn't quite right yet. Vizio asked for a year's worth of patience and, atypically for an electronics company, it's back at CES with the delivery of its 4K promise.

Even Hisense is getting in on the Ultra HD action

The US TV maker isn't alone in stepping up to the higher resolution in its new flagship models. Sony, Panasonic and Sharp, Japan's traditional big-screen TV leaders, are all attending this year's CES with proper retail products — replete with long alphanumeric model names and tentative release windows. Sony has moved on from its unfeasible 84-inch 4K TV that wowed us at IFA in Berlin a few months ago to more reasonable form factors and, the company promises, price points. Its new 55- and 65-inch 4K TVs, members of the XBR X900 series, aren't yet priced, but will cost merely "a premium" more than their regular 1080p counterparts. Toshiba's also pitching in with a trifecta of high-end 4K sets, while LG matches Sony with its own pair of 55- and 65-inch televisions sporting the Ultra HD resolution. Even low-end manufacturer Hisense is getting in on the action. 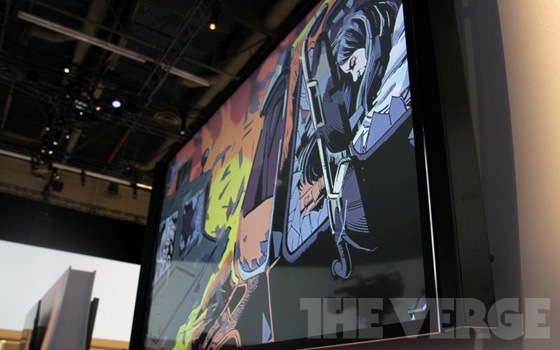 Sharp's using this year's show to introduce the US audience to its range of premium 4K televisions, evidently feeling buoyed by its experience selling those admittedly expensive units in its home market and believing the time is right to enter the highly competitive (and brutal) American marketplace. That's a big positive sign for the maturity of 4K TVs as legitimate consumer products — you don't try to sell a high-end TV in the United States unless you're absolutely sure there's a demand for it and that it's good enough to justify its inevitable price premium.

We spoke with LG Display (the pseudo-independent Korean display maker) here at CES and the company's reps tell us that all LCD makers are looking to move their business models on from cheap mass production to higher-margin, premium offerings. Having been burned by the costs of tooling up large factories for extremely price-sensitive screens, guys like LGD are now looking to innovate and secure their future viability by selling fewer, but more profitable displays.

To that end, CES 2013 is also playing host to a selection of spectacular teasers for the future of 4K. Sony and Panasonic both have 4K OLED TVs measuring 56 inches diagonally — the glory of Ultra HD OLED TVs pretty much has to be seen to be believed. Panasonic has even shrunken 4K down to an utterly crazy 20-inch size and built a Windows 8 tablet around it. And that doesn't even include the Korean companies' booths — Samsung and LG have mind-blowing 4K prototypes of their own. 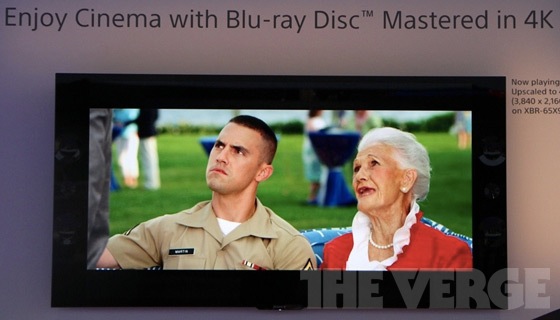 Even the question of providing 4K content, which will remain high on any potential buyers' minds for a while, is being actively addressed. Sony's the most aggressive, with a tailored content plan for buyers of its own 4K TVs and the launch of the world's first 4K video distribution service. Company CEO Kaz Hirai is also pushing for a 4K media standard to help accelerate the availability of Ultra HD imagery for us to enjoy. From our conversation with Samsung USA president Tim Baxter, we found that Kaz is hardly in the minority among high-level execs. They all want to push the format forward. And in the meantime, there's always the fallback of upconverting lower-res content.

The seeds that were sown at IFA back in September have clearly taken firm root. 4K has shaken off the status of an experimental technology and is now very solidly part of pretty much every TV manufacturer's future plans. Whereas IFA was a Europe-centric show exhibiting impractical 84-inch super-TVs, CES is playing host to the US arrival of reasonably-sized (and potentially feasibly-priced) televisions. Having moved on from its obsession with 3D, the TV industry looks to now be back on the right track — which should be great news if you're keen on an Ultra HD 2013.