Dell made a move last week that we were very happy to see — it decided to add a new, 1080p option to its otherwise-excellent XPS 13 ultrabook. We've had the opportunity to gaze upon the new display here at CES, and we're glad to report that not only has Dell bumped the resolution up from the unspectacular 1366 x 768 on the original model, but it's also addressed panel quality issues. We immediately noticed that colors were far more accurate on the updated display, and whites are now closer to true white instead of the blueish hue present on the lower-res screen. There's a reason why it all looks so much better: the panel's color gamut has been increased from 45 percent to 72 percent, according to Engadget. The viewing angle issues we saw on our XPS 13 review unit have also been addressed. Considering the changes, we'd recommend ponying up the extra $300 for the high-res XPS 13, which we're told will also have a better base specification.

In addition to the updated ultrabook, Dell has also introduced a new version of its business-centric, Intel Clover Trail-powered Latitude 10 Windows 8 tablet here at CES. The company has decided to strip some of the most expensive components — the active digitizer and the removable battery — while keeping the same internals to offer the tablet at a lower price. There are two new "essentials" models: a $499 one with 32GB of memory and a 64GB version that's $579. The former will be available "in the coming months," while the latter is available now. 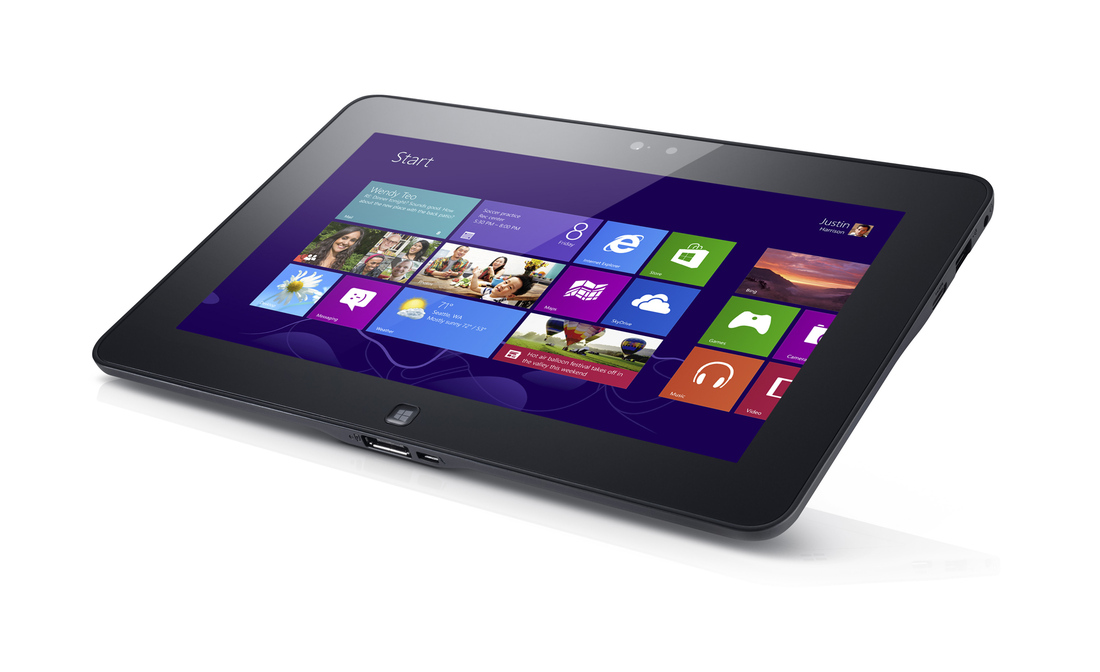