We Found Fur In an iPhone Case: How a little bunny brightened a dark day at CES

Share All sharing options for: We Found Fur In an iPhone Case: How a little bunny brightened a dark day at CES

Trent Wolbe will be publishing daily photo essays from CES. This is the next in the series.

As LL Cool J took the stage at Sony’s massive exhibition space I was ready to pronounce this year’s CES dead on arrival. He was there to hype his regrettably-named music collaboration software Boomdizzle, throwing around generic technology terms with all the panache of a door-to-door vacuum salesman, the performance nowhere near as nuanced as his Special Agent Hanna in NCIS:LA’s. There was precious little actual information about how his international jam sesh enabler would perform differently from the myriad of programs already available that do the same thing. I could feel that his cool, cool heart wasn’t in it for anything more than a couple extra thou chilling in his bank account. 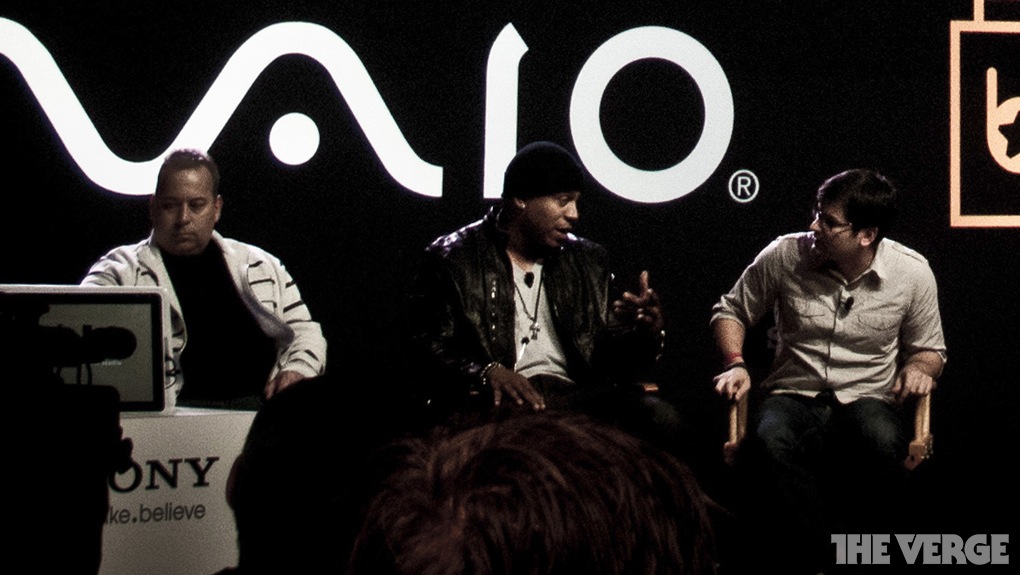 Good for J, boring for everyone else

I had tried so hard already: six hours navigating the teeming Central and South halls that are home to the biggest names and the most ridiculous installations. Don’t get me wrong: I do get off on getting an LED-tan from wandering all day amongst the world’s largest and most-detailed displays just like the next guy. Unfortunately, like the worst amphetamines, display size and resolution are irrationally addictive, marketed in emotional terms with little regard for the consumer’s well-being. The bigger the price tag, the bigger the dream that the manufacturer needs to sell. 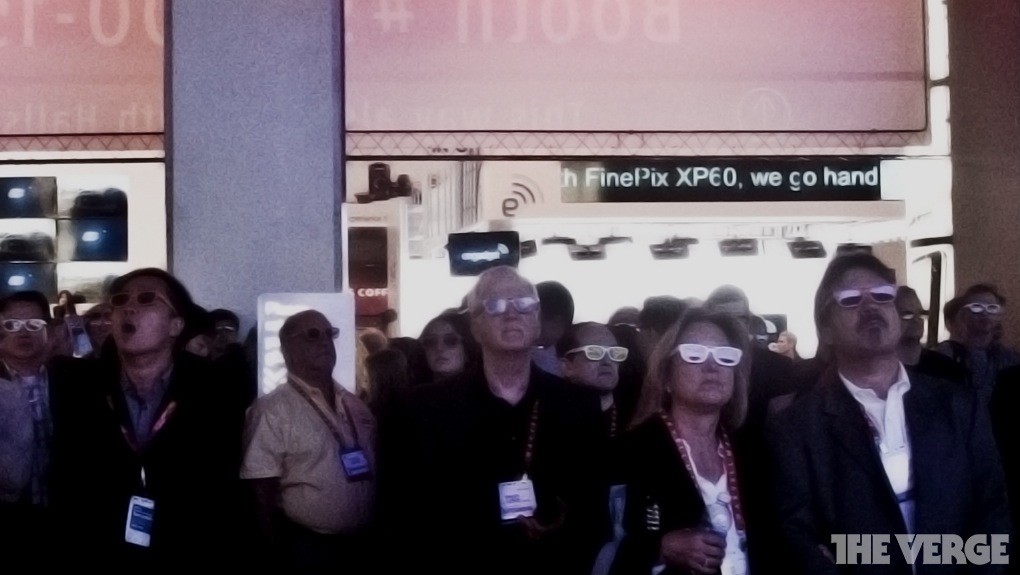 As a sort of color commentator for this website’s CES coverage, I had to find something cool to write about. I began to scrape my mind’s bowl for the resin of themes that might develop over the course of the day, like “Shit That Still Looks Cool Even Though It’s Been Around Since The ‘90s” 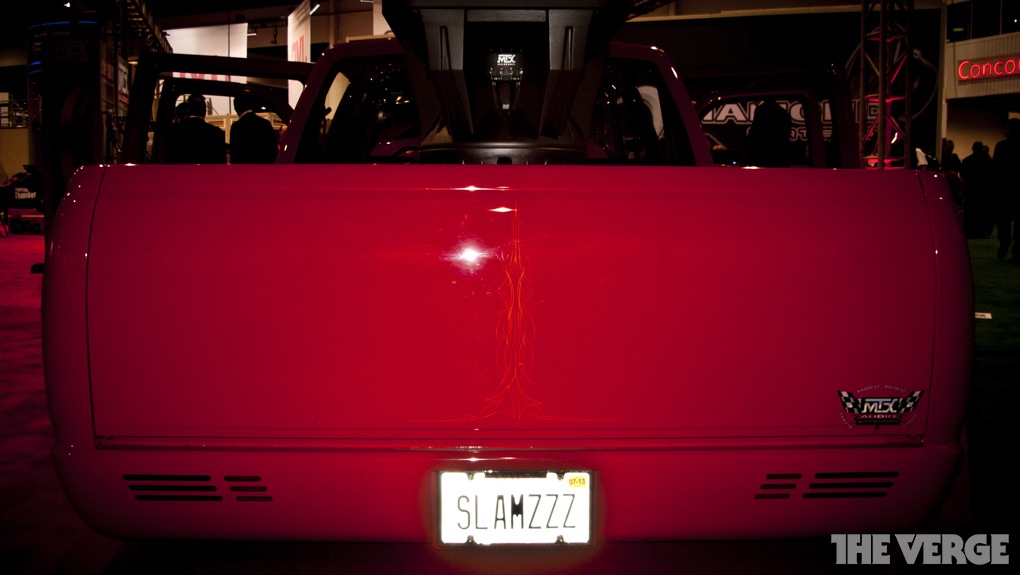 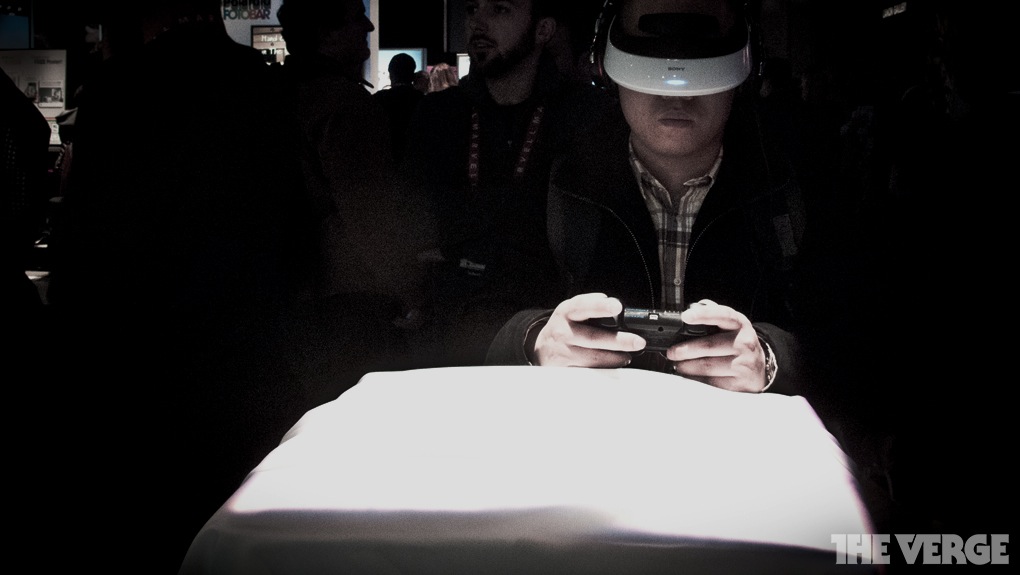 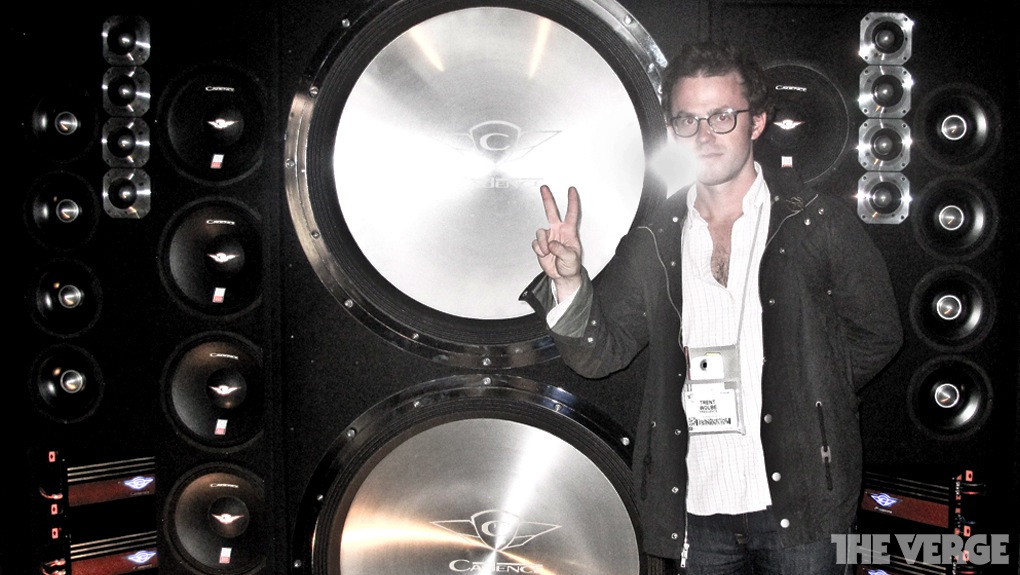 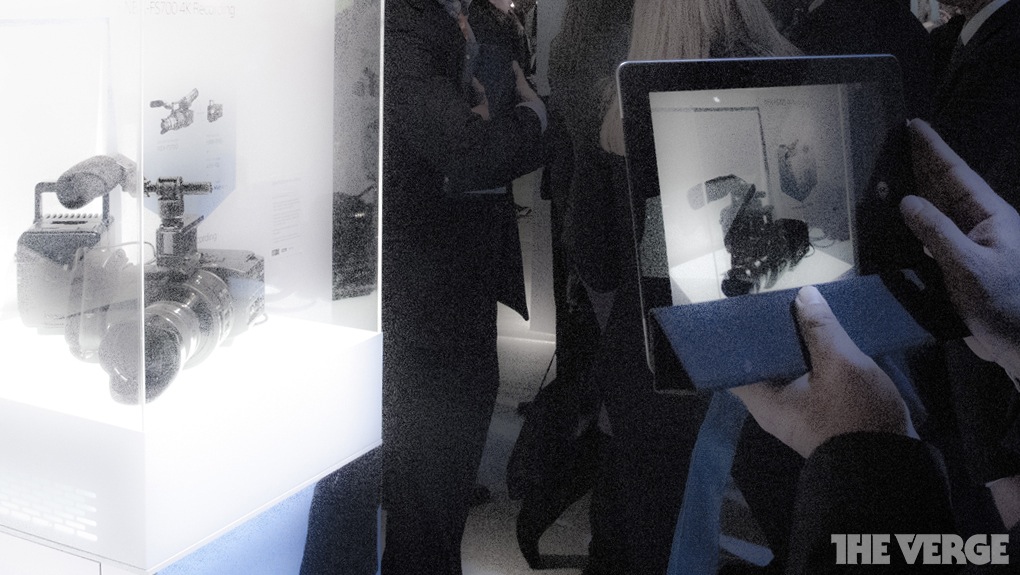 Fearful of a complete content fail on the very first day of the show, I jacked into Ingress, where I would surely find a l33t nerd-fueled augmented reality layer over the Convention Center that was more interesting than meatspace, but... crickets. 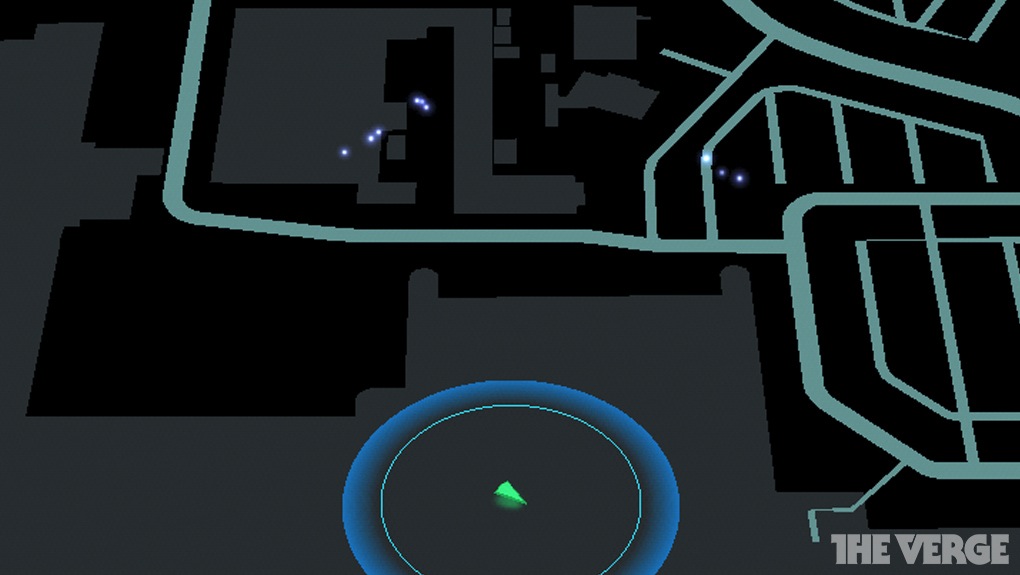 No resonators to be hacked in this quadrant

To my disappointment, the “International Hall” where small Asian manufacturers are usually segregated to had been more generically re-named “North Hall,” and I assumed that meant their awkward knock-offs and poorly-designed booths of colorful components and Hello Kitty-themed MP5 players had been swallowed up by salesmen with deeper pockets. Mercifully, that wasn’t the case: the Far Easterners are still there, but this year they had hired actual design students to create their booths; they were joined by lots of white people on similar budgets, and everyone had a metric assload of iPhone cases to pimp out. 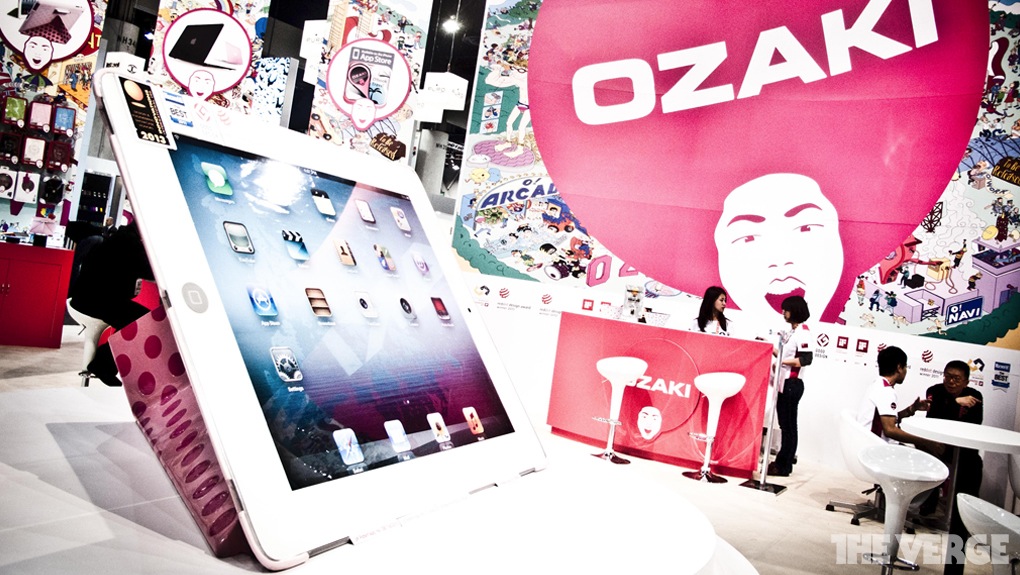 Why had the North Hall, which was a delightfully ramshackle assemblage of knick-knacks just a few years ago, transformed so profoundly? I can’t be sure, but these foreigners seemed much more culturally aware than their predecessors: we have all heard of the exploding Chinese middle class, increasingly hungry for consumer goods. All of them have iPhones, I guess, and are always hungry for more ways to express their individuality in that capitalist way their government seems to smile upon.

It also became clear why this was no longer called the International Hall: while they were still outnumbered, Americans held down a big portion of the floor space in the North Hall. Both groups were going hard in the accessories game, and they both had their own defining characteristics. The domestic contingent was young and virile, their wares reflecting the Limor Fried-esque school of DIY manufacturing fueled by the growth of 3D printing. 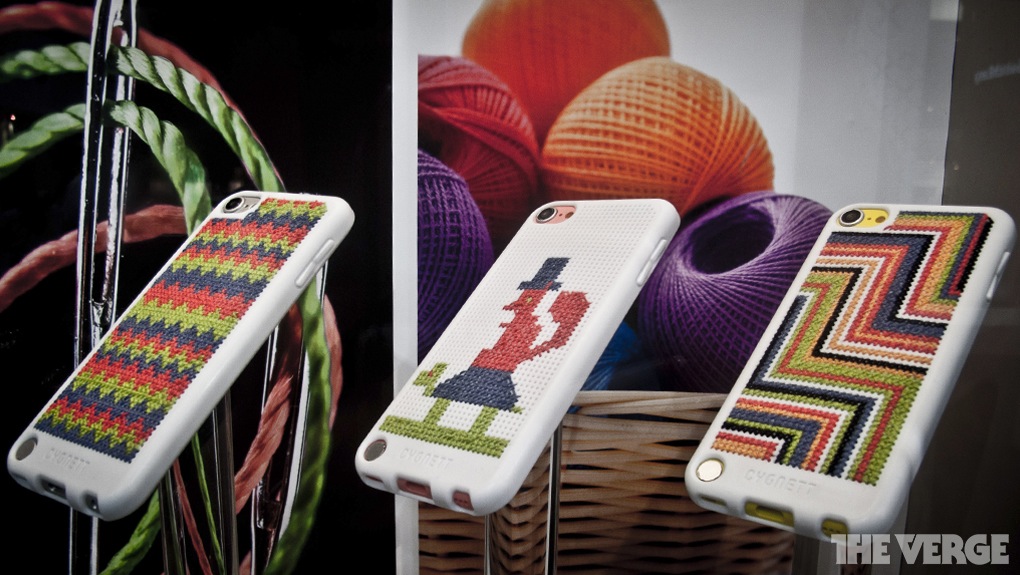 Cross-stitch? There’s an app for that

The Asian booths reflected the history of their country’s manufacturing strengths: their cases were more of a testament to materials engineering and cheap labor, combined with the always-powerful forces of Sanrio and super-shiny bling. When closing time was only a few minutes away I made a game of speed-assessing each booth based solely on brightness, stopping only for the sparkliest setups. 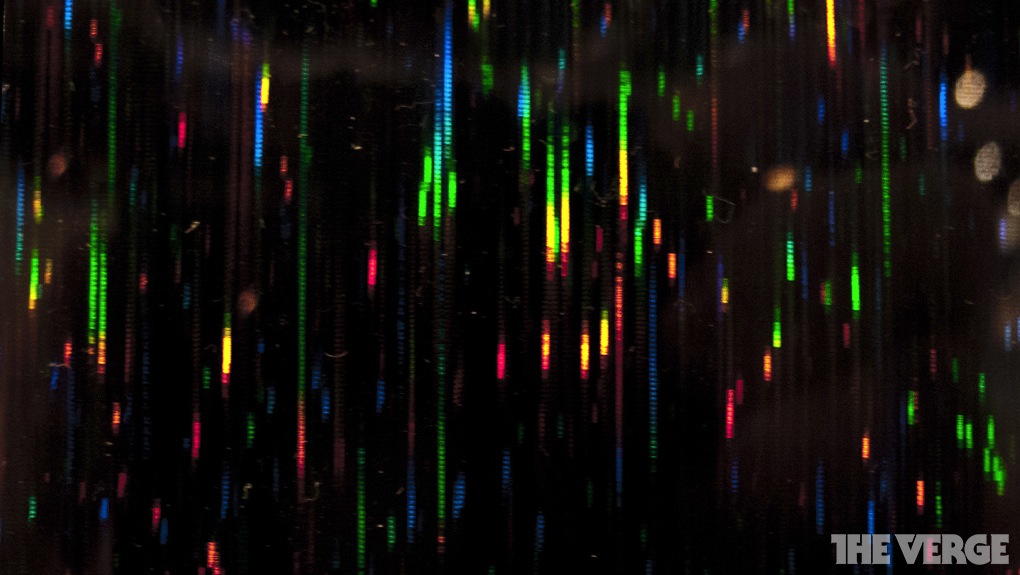 One booth was so luminescent that its collection nearly blinded me on entering my field of vision: Hong Kong’s New Star Life had the perfect balance of class and FOB fashion gone wild that makes it as irresistible as a Black Friday sale at Kay. When I arrived their stunning accessories were being manhandled by a clutch of over-manicured Booth Babes that had abandoned their own stations, drawn as I was to the imported enclosures that shined bright like so many diamonds in the sky. 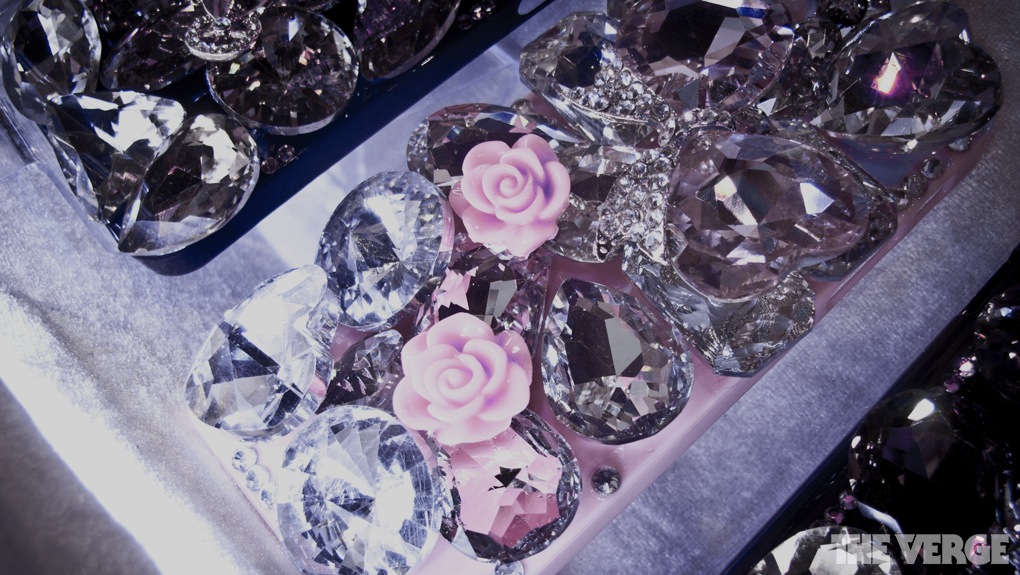 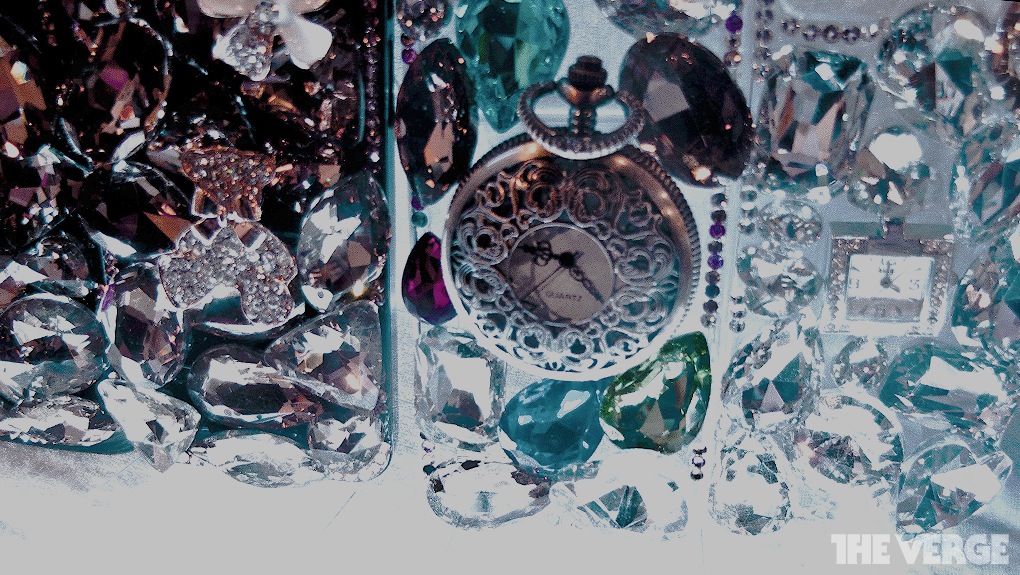 “Skull Stude” is a synergetic mashup of Swarovski, Ed Hardy, and Flava Flav that transcends the sum of its parts 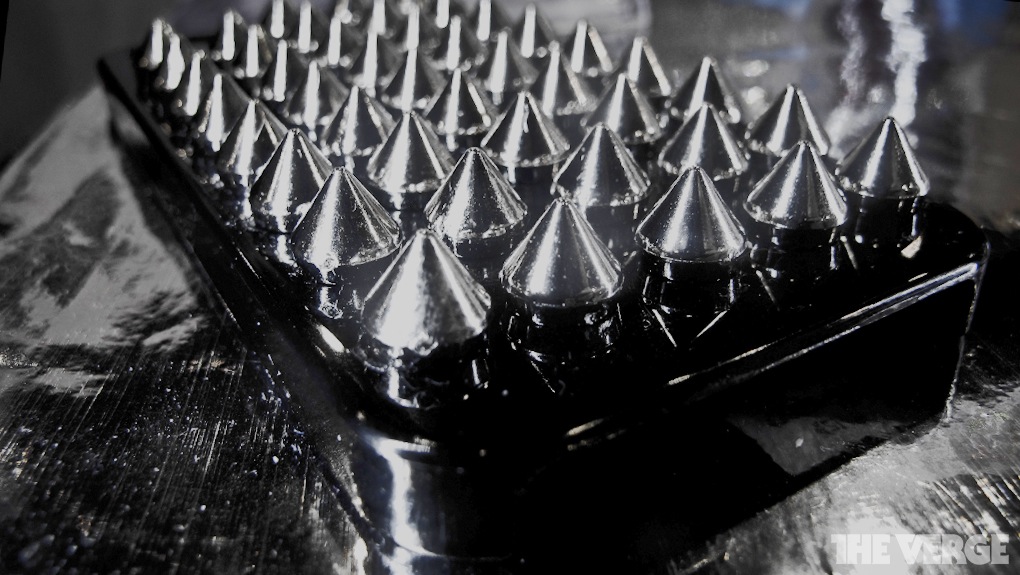 But the most fascinating trick in New Star Life’s bag wasn’t shiny at all — it stood alone, independent of any branding, its understated opulence waiting patiently to be handled by the most discriminating accessorizer: an iPhone case crafted of real rabbit fur, its camera portal adorned by a simple Hello Kitty bow. 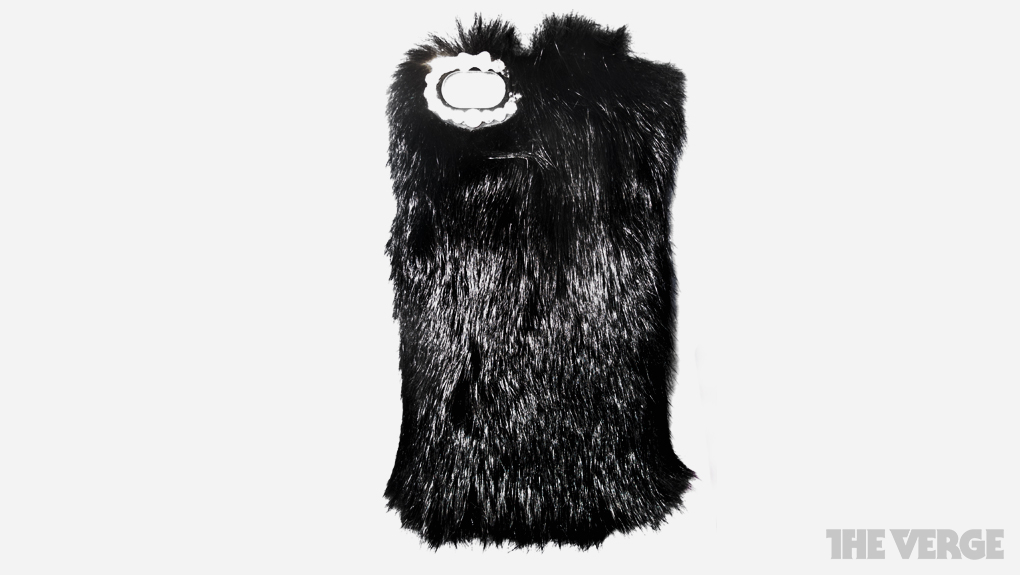 As an almost-lifelong mostly-vegetarian and former PETA member, I couldn’t help but wonder if the poor creature that died for fashion would have been at all comforted on her way to the factory had she known her hide would be the only truly surprising object in the entirety of the Las Vegas Convention Center. I mean, it wouldn’t have, and using rabbit fur to satisfy consumer demand is a profoundly hideous concept, but, like Rick Ross has said of “Niggas in Paris,” it was something that had to be done, on a cultural level. Before sleep last night I knelt bedside and recited these words that have brought comfort to souls passed on to another iteration of existence.

God of consumerism, in Your wisdom You have called Your servant Bun-bun out of this world. Release her from the bonds of EULAs, and welcome her into this iPhone case, so that she may enjoy eternal communication and apps and be raised up in glory with all Your files in the Cloud.

It was the least I could do if I wanted to sleep soundly.