Mighty No. 9, the new side-scrolling action game from Mega Man creator Keiji Inafune, has finished its round of crowdfunding — and the project was a huge success, raising over four times the initial goal of $900,000. Inafune's team took in $3,845,170 on Kickstarter, or over $4 million total including PayPal donations; an amount that means the game will now come to just about every platform imaginable.

PlayStation 4, Xbox One, PlayStation 3, Xbox 360, Wii U, 3DS, PS Vita, Mac, and Linux editions will all see release, as well as the originally announced PC version. Mighty No. 9 will also ship with extra modes, stages, and an optional chiptune-style soundtrack as a result of meeting several stretch goals. 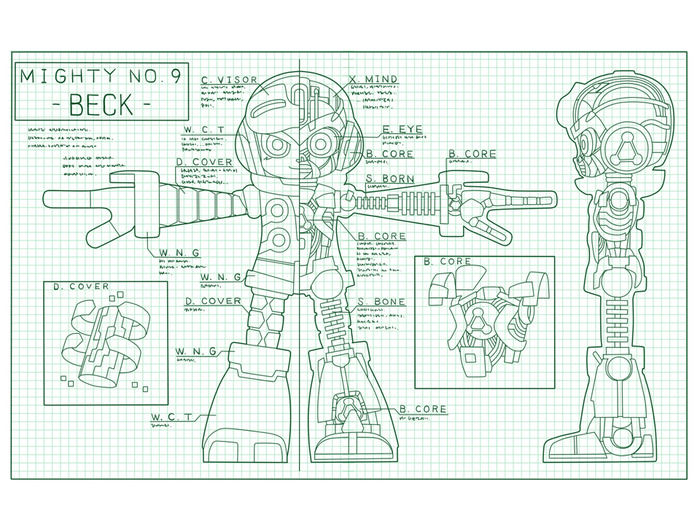 Inafune's team at Comcept is backed up by industry veterans including the level designer from the original Mega Man, the composers from the first two games, and others that have worked on the series.

"We're hoping that the success of this project will open a lot of eyes to Kickstarter, especially here in Japan."

"We're crazy excited about the response the project got — the fan reaction has been amazing, and really just inspiring and energizing to watch," John Ricciardi of Tokyo-based localization studio 8-4 tells The Verge. 8-4 is working on the Mighty No. 9 project, assisting with PR and the game's Kickstarter campaign.

"It took a lot of hard work and preparation to run this thing, but the fans powered us through straight to the end. We at 8-4 have always been big on bridging the gap between east and west, and we're hoping that the success of this project will open a lot of eyes to Kickstarter, especially here in Japan. If we can get more Japanese indies to consider crowdfunding as a viable alternative to big-name publishers, we're hoping it could have a big positive impact on the industry here as a whole."

Inafune's team is backed up by Mega Man veterans

Although Mighty No. 9 is at a very early stage in production, it looks to follow the classic Mega Man blueprint closely: robot protagonist Beck jumps and shoots his way through scrolling stages, takes on several eccentric boss characters, and uses their powers for himself in later levels. Beck also has the ability to transform into various different shapes.

While the Kickstarter project was an unqualified success, Mighty No. 9 is some way off release — Comcept currently expects the game to come out in April 2015.