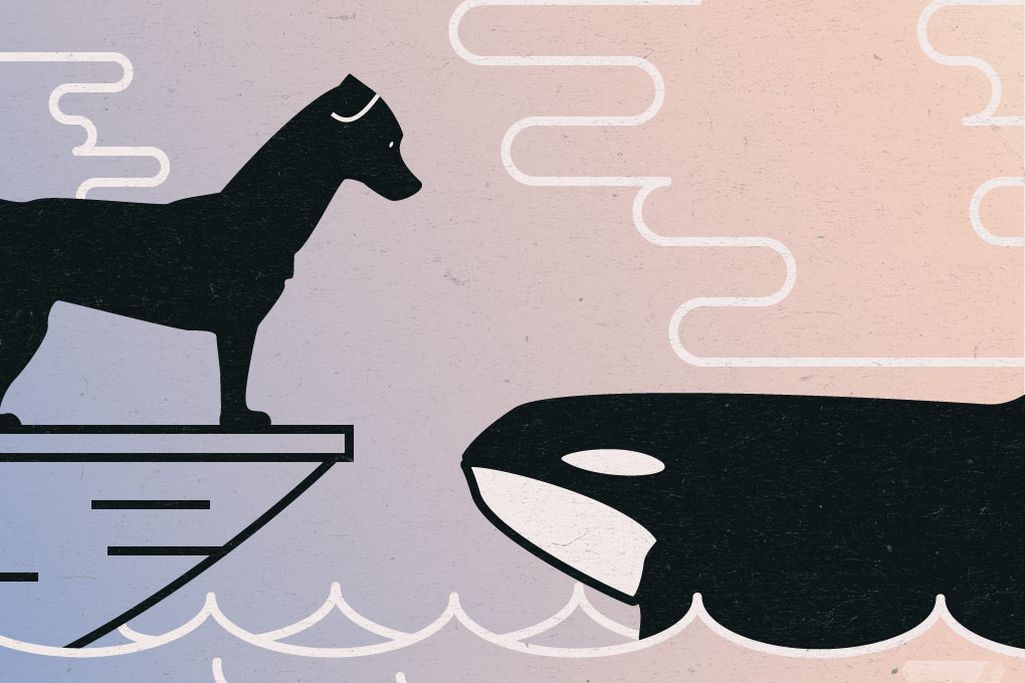 The dog is steering the boat, and the humans on board are pretty sure he’s leading it astray.

Tucker, a nine-year-old black lab mix, is an improbable character in a high-stakes detective story: the case of the declining orcas. He’s sniffing for a needle in a haystack — a small plastic container filled with the feces of a killer whale, floating somewhere in the vastness of the Strait of Juan de Fuca in northwestern Washington state. With his body language — pacing across the bow, leaning over its edge, the angle of his nose — he tells his handler, Liz Seely, and Deborah Giles, who sits behind the wheel, where to steer.

He seems firm on the scent. He’s directing the boat in the opposite direction of where we floated the sample before motoring away to set up this test of his abilities. “Oh no, this is so embarrassing,” Seely later admitted to thinking.

But suddenly, there it is ahead of us: the pink plastic bowl, bobbing on the surface of the water, just where Tucker knew it would be. The wind and current have moved it far from where we placed it, but Tucker picked up the scent from more than half a mile away. He’s rewarded with applause and his favorite thing in the world: a few minutes of play with a ball. He barks, whips it around, throws it overboard. He’s so overcome he’s practically dancing.

But this isn’t a game. The whales whose poop Tucker pursues across the Salish Sea belong to an endangered population, the Southern Residents — a genetically and behaviorally distinct group of orcas that feeds here each summer and whose population is at its lowest in years. The scientists on board believe that Tucker’s impressive olfactory feats may help them figure out what’s wrong with the whales, and what can be done to help them. 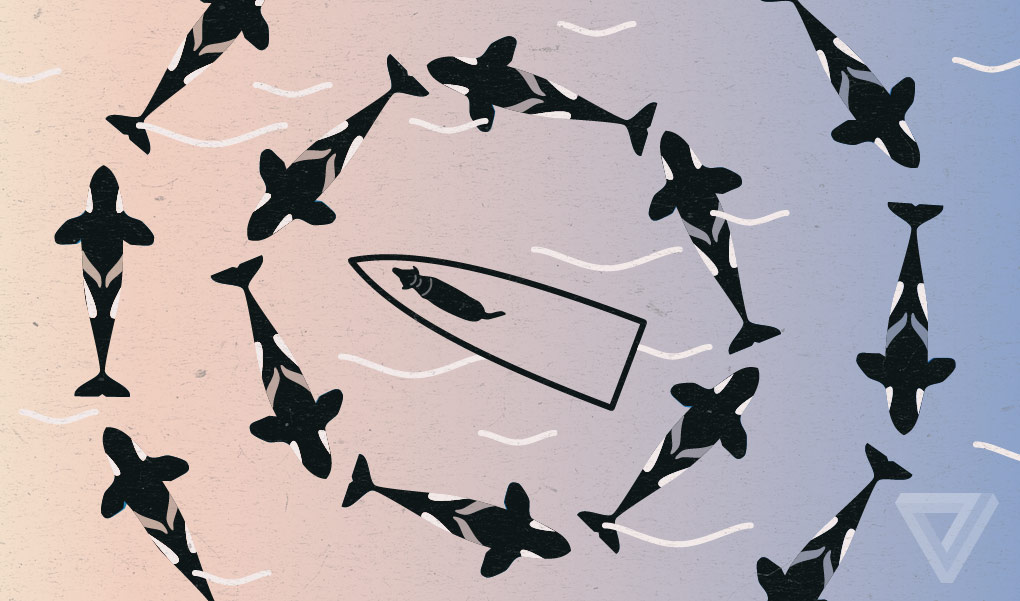 We probably shouldn’t have doubted Tucker. He has spent more than 2,000 hours on the water and found hundreds of samples (“fecals,” the scientists call them) this way — some from as far as a nautical mile, and in one case some 45 minutes after a pod of whales had passed by. He’s also trained to find the scat of other species: wolverines, arboreal iguanas, deer. The past few years, he’s spent his winters in the deep snows of Alberta, searching for caribou and wolf poop.

Here in the Salish Sea, the samples he finds currently come from just 82 individuals in three pods (some researchers say 81, since one whale hasn’t been seen with his family group this summer). Southern Residents don’t interbreed with other orcas, and they have a unique language and food source. They are perhaps the most studied group of orcas in the world, and yet in many ways they’re still a mystery. We know little about where they go in the winter, when and how they die, or why birth rates are perilously low.

“The killer whale is a fantastic example of a very common problem in conservation,” explains Dr. Samuel Wasser, who directs the University of Washington’s Center for Conservation Biology, which runs the Conservation Canines program through which Tucker and his canine colleagues (mostly pound rescue dogs) are trained. Orcas have a number of intertwined stressors working against them: “Almost never do you see one pressure curve by itself — there are generally many, and one opens the door to others.”

Culprits include a decrease in their main food source, Chinook salmon. Then there’s the stress caused by boats: at any given time, there are an average of 40 cargo ships longer than a football field plying the orcas’ territory, and pods are chased daily by a fleet of whale-watching boats, their own personal paparazzi, which may inhibit their use of echolocation to hunt. 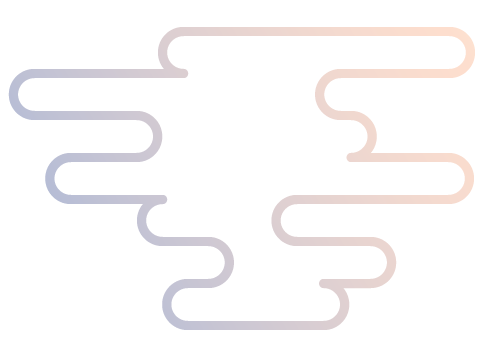 "Poop has everything in it. It’s got a whole suite of reproductive, stress, and nutrition hormones."

And there’s the impact of toxic chemicals, from PCBs (polychlorinated biphenyls) to fire retardants, which build up in orcas’ blubber, lowering their sperm count and disease immunity as well as disrupting their hormonal and developmental processes. As apex marine predators, eating toxins that have bioaccumulated throughout the food chain, orcas carry one of the highest toxic loads of any animal.

Another potential problem is inbreeding. In the 1960s and ‘70s, aquariums and parks seeking killer whales for their collections turned to the Southern Residents, which were assumed to be a much larger population than they actually were. Perhaps a third of the whales were captured or killed, resulting in a drastic reduction in genetic diversity.

It can be very difficult to parse what factors are having what effect. Previous researchers, Wasser says, have tried to analyze orcas’ breath by holding a petri dish on a stick over their blowholes, or examined tissue by performing biopsies. But poop, says Wasser, is not only “the most accessible wildlife product,” it’s a treasure trove of detailed information when analyzed in a lab. That’s where Tucker and the “fecals” he finds come in.

“[Poop] has everything in it. It’s got a whole suite of reproductive, stress, and nutrition hormones. All the major toxins are present in there,” Wasser says. “It’s got DNA from the host, it’s got DNA from the prey that it’s eating. So you can get an incredible picture from just a single sample.” Get a lot of samples spread over time, and you can begin to map how different stressors affect the health of the animals, and how they interact. Hopefully, you can find out what changes to make to have the most positive impact.

During the summer season, the researchers are out looking for whale poop nearly every day the orcas are in the area of the San Juan islands, where their boat is based. Orca poop, they say, can vary dramatically depending on the sample. It may sink quickly, making collection impossible, or float for more than half an hour, allowing them to skim it off the surface with a long-handled scoop. It may be brown, beige, white, yellow, even greenish or speckled with blood. One volunteer memorably described a sample as looking like egg drop soup with chili flakes. The consistency may be akin to cooked lentils or to snot, and pieces can range in size from pea to pancake. The smell is sometimes mild; other times, says Seely, “you actually feel like you’re ingesting the fecal matter because it smells so bad.”

The scat samples have turned up new information. For example, previously, researchers generally didn’t know that a female orca was pregnant until she turned up with a calf — a disturbingly rare occurrence in recent years. But hormones in scat revealed that many more orcas get pregnant than researchers once thought; the problem is that most of the pregnancies fail. This may be the result of toxins (female orcas pass much of their toxic load onto calves) or of inbreeding, which may make an orca’s body reject a pregnancy. In one pod, says Wasser, 10 of the last 11 births have been male — higher male sex ratios are common in cases of inbreeding, because females are often rejected as too genetically similar to the mother.

“Is that Tucker? The whale dog?”

Wasser believes that while boat stress and toxic loads are serious problems, fish availability is the main driver of the current decline — tracking stress hormones across time has revealed that they’re highest when fish availability is low. But everything interacts: toxins disrupt how the hormones that govern metabolism function; and when food is scarce, the whales burn blubber, releasing more toxins into their bloodstreams. Ideally, says Wasser, all these factors should be addressed. “The boats need to be regulated, the fish need to be recovered, the toxins need to be cleaned up.”

The Southern Residents, in short, are facing a tough future — one that can be hard to imagine while you’re watching their acrobatic breaching and spyhopping alongside your whale watching boat. But there, too, Tucker has a role to play: he’s become an attraction of his own, fascinating tourists who watch him work and prompting whale-tour operators to explain the threats to orcas he’s helping researchers understand.

In the marina, a woman recognizes a local celebrity — “Is that Tucker? The whale dog?” — and asks to take her picture with him. “We did not plant this,” laughs one of the researchers. “That happens all the time.”