In Google's world, life is but a web browser

I have Wi-Fi at home and at the office, nearly every hotel or coffee shop on the planet offers connectivity, and for the rare in-between times, my phone serves as a perfectly usable (if slightly awkward) mechanism for getting on the internet. The only time I can’t get online now is underground on the subway — and even that may not be true for long.

Meanwhile, my computer is increasingly becoming just a portal to the internet. I use Word and Outlook and Photoshop, but even those apps are designed to be perpetually connected and intertwined — and browser-based approximations of those apps are ever improving. Even PC games are meant to be played online. If I have no Wi-Fi, my MacBook Air feels pointless, empty.

This new order is one in which a Chromebook, an always-connected laptop that is explicitly designed to be used online, might actually make sense. And don’t look now, but the industry is noticing: Toshiba, Acer, Lenovo, and other manufacturers are announcing devices running Google’s Chrome OS, and Chromebooks are now used in 22 percent of US school districts and in countries around the world.

The new head of the lineup, the device designed to unseat last year’s Samsung Chromebook at the top of the Amazon best-seller list, is the HP Chromebook 11. At $279, this 11.6-inch laptop is priced to move. And if it’s “just a web browser,” it’s a beautiful one.

Google’s on a mission to connect the world to the internet, by hook or by crook. (Or by balloon.) The Chromebook 11 is our end of the wire.

"Unapologetically plastic" is apparently not just an Apple thing. Google and HP read from the same playbook, crafting the Chromebook 11 out of glossy plastic on top of a magnesium alloy frame. It comes in black and white, with four accent colors on the white model — red, yellow, blue, or green stripes encircle the keyboard and color the rubber feet on the bottom. Mostly it’s black or white, though, and both make a striking first impression. The white is bright and fun; the black stealthy, ominous. The Chromebook 11’s lid is empty save for the lit-up stripe of Google colors on the top, and the ultra-minimal look is pretty eye-catching. 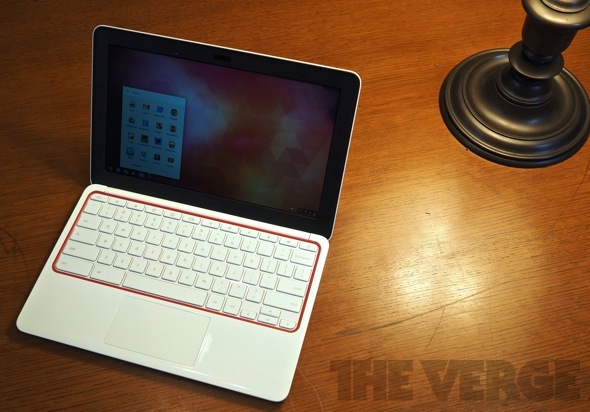 But while Google and HP may have imagined and even designed a great laptop at a cheap price, HP’s follow-through comes up short. The Chromebook 11’s plastic feels cheap in places, and its construction occasionally appears haphazard. Both colors pick up and prominently display fingerprints, and the body tends to flex and creak if you pick it up in not quite the right place; the lid in particular flexes violently and terrifyingly every time you touch it. It’s not likely to break without some effort, but as long as you have your hands on the palm rests and your fingers on the keyboard, you won’t forget you’re using a $279 laptop.

There are ways to do cheap well, though. Take the display, an 11.6-inch screen with a 1366 x 768 resolution you could lift off any laptop from four years ago. There’s more to screen quality than pixel count, though: with great color reproduction, deep blacks, impressive brightness range, and solid viewing angles, this is a far better display than most with the same list of specs.

The Chromebook’s design is otherwise full of good, smart ideas. Sound comes out of the keyboard, providing surprisingly loud and full audio for such a small laptop without needing any unsightly speaker grilles. The device’s ports — two USB 2.0 ports, a headphone jack, and a charging port — all sit on the left-side edge, where they’re much easier to find than on the back of last year’s model. There are no unnecessary logos or overwrought design flourishes; the Chromebook 11 reminds me of the original Chromebook, the awesomely barren CR-48. 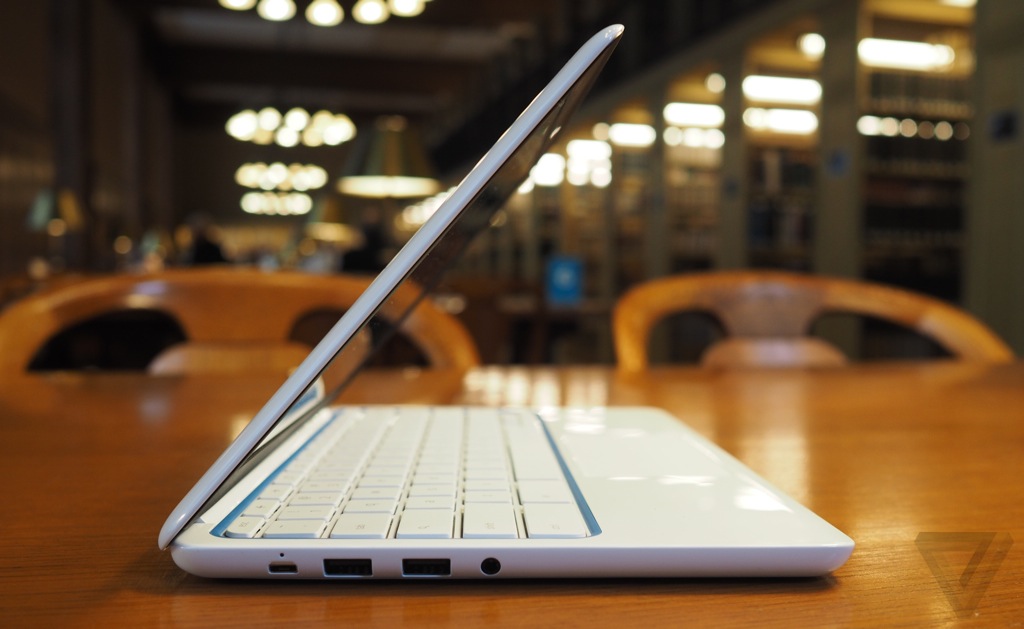 HP’s smartest move was making the charger a Micro USB port, and including an ultra-powerful USB charger with the Chromebook 11 that works with phones and tablets too. You can even charge your laptop from another laptop, if you’re into that — anything but HP’s included cable takes a long time to charge the Chromebook’s large battery, but it does work. There’s almost no chance you’ll find yourself chargerless and out of luck. It’s a smart, customer-friendly move from Google and HP, and I hope other manufacturers follow suit.

The keyboard is solid, too: clicky and comfortable despite the cheap, plasticky feel of each of its keys. Chromebooks have a near-perfect set of function buttons, as well, giving you easy media playback and settings control — and if I could turn every computer’s caps lock button into a dedicated search key, I would.

Chrome OS doesn't need much power, but it needs more than a smartphone

The trackpad, on the other hand, is pretty bad. It’s sticky and plastic, and doesn’t allow your finger to glide smoothly at all; my fingers jittered around as I tried to move the cursor, and the screen jittered even worse as I tried to scroll with two fingers or pinch to zoom on the screen. It’s a frustrating change from the smooth, responsive Chromebook Pixel, which got all this right — and had a touchscreen too, just in case. Of course, the Pixel is also six times the price.

The Chromebook 11 doesn’t need six times its power, certainly — the Pixel is overkill in almost every sense — but it could use a little more. For $30 more than last year’s Chromebook, the Chromebook 11 comes with exactly the same specs: a dual-core Samsung Exynos 5250 processor, 2GB of RAM, and 16GB of internal storage. It’s essentially a Nexus 10 with a keyboard attached to it. And the Nexus 10 also has a better screen, a richer app ecosystem, and excellent battery life; with so little power difference, for many people a tablet like that is probably a better buy. 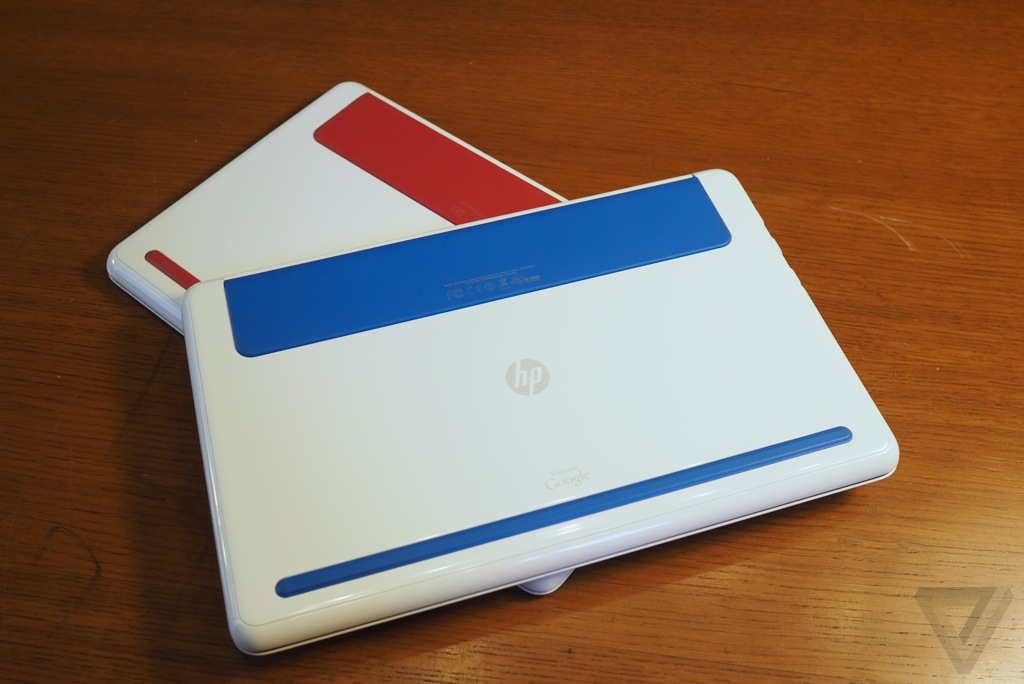 Just by virtue of its form factor, the Chromebook 11 is better than a tablet for a lot of things, but the specs here don’t add up to anything special. It works fine, with no deal-breaking issues, but it’s not exactly fluid — scrolling is slow and stuttery on heavy webpages, HD videos often stutter and drop frames and occasionally just stop playing entirely, and even typing can lag behind your fingers. Nothing surprising for a $279 laptop, but Chrome OS is designed to be so light, so easy, so fluid that it can run well on any hardware. Using a Chromebook 11 next to a MacBook Air or even a Pixel is like using an Android phone from two years ago: it runs, but it’s lost a step or two. Intel and Google have already shown off Haswell-powered Chromebooks, including a $299.99 model from HP itself and the $249 Acer C720 — the more I use the Chromebook 11, the more I’m curious about those.

Chrome OS is much more than just a browser 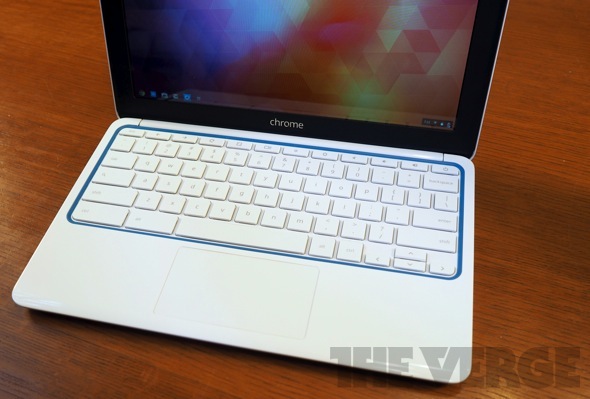 With a little more power, Chrome OS could be a viable operating system for many people. Google’s vastly improved its offline capabilities, so that everything from Gmail to Docs to a lot of packaged apps work great without an internet connection. Those packaged apps help a lot, too, giving Chrome OS apps that feel native and separate rather than just another browser tab or a thin wrapper around one.

Making full use of the OS requires some buy-in, especially to Google apps — 100GB of Drive storage and 60 free days of Google Music help with the switch — but with Office 365, with so many great note-taking and to-do list apps, plenty of ways to track time, expenses, and do spreadsheets until you’re blue in the face, there’s not that much you can’t do with Chrome OS. You’ll just have to switch apps and be okay with lighter, simpler versions.

The two exceptions are media editing and gaming. Both have theoretical Chrome OS counterparts, but web-based Picnik is to Photoshop as my cat Gumdrop is to a lion. And if you’re trying to trade Battlefield 4 and Grand Theft Auto V for Running Fred and Bouncy Mouse, well, I’m sorry.

What I want from Chrome OS, and Chromebooks, is simple: be a killer machine for email and web browsing, a computer I can use in the living room or take with me to the library. That’s why the biggest issue with all Chromebooks, including the Chromebook 11, is battery life — at between four and five hours of normal use, it’s solid, but it’s neither enough for a cross-country flight nor enough that I can leave it on my coffee table for weeks at a time, like I can with an iPad. Chromebooks need Haswell processors not for their power, but their longevity — I’m still crossing my fingers that HP’s Chromebook 14 lives up to its promised nine-plus hours of battery life. 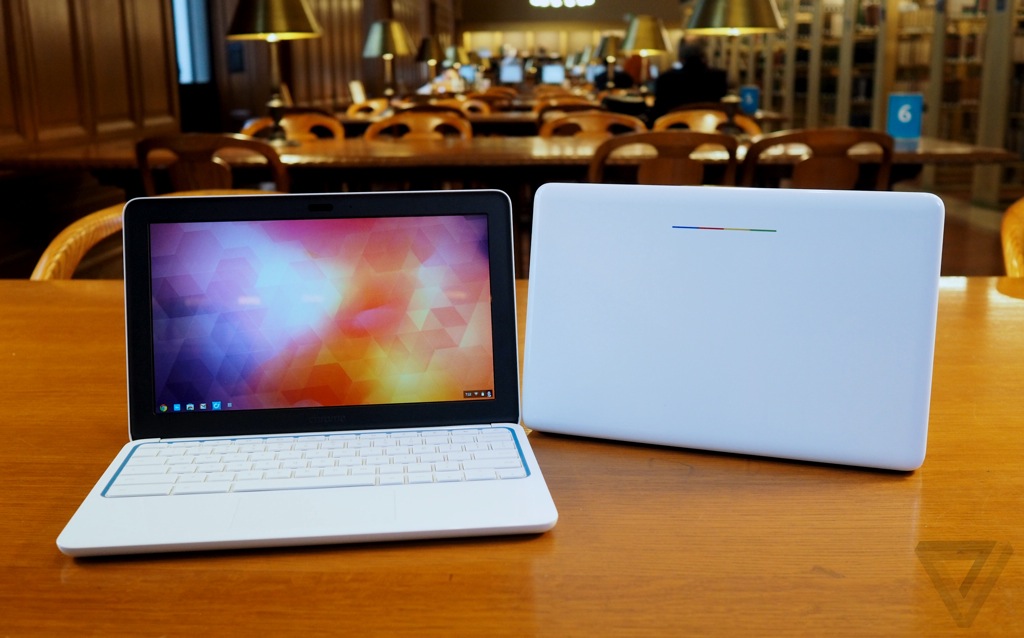 For the price, you can't expect much more – but I want to

The $279 HP Chromebook 11 is certain to be Amazon’s next chart-topper. Like last year’s model, it’s not the fastest computer ever, nor the best-designed, nor the most capable. But my goodness is it cheap. And for that $279 you get a great Gmail machine, a mostly serviceable way to watch Hulu or Netflix in bed, and a solid IMDb reference device for your living room.

But the only truly compelling thing is the price. Without a touchscreen, or a better display, or better battery life, the Chromebook 11 doesn’t make a great case against tablets like the Nexus 10 or the iPad. And without more power and better performance, it’s really hard to recommend to anyone as their primary laptop. One day a laptop running Chrome OS will easily replace a low-end Windows notebook, but it won’t be the Chromebook 11.