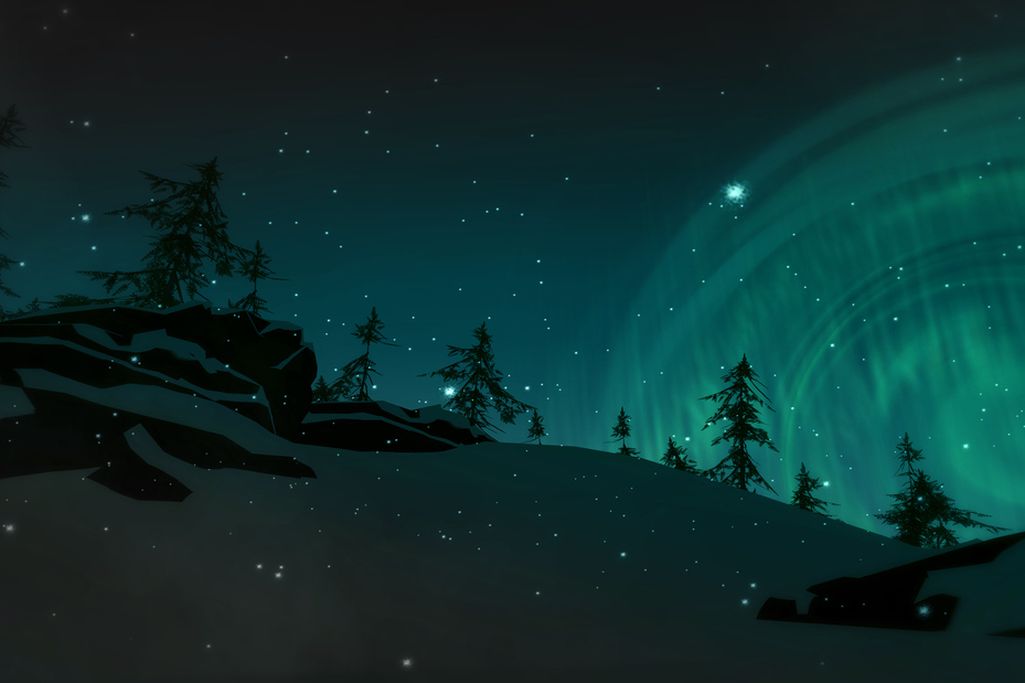 Two thirds of the French island of Corsica is covered in mountains. When Chris Fragassi was 13, he traveled there by himself to learn about survival the hard way. Three years later he was guiding tourists along the island's famous GR 20 trail, a 112-mile trek that takes most hikers more than two weeks to complete. Since then he's become a survival expert working with the military, the Canadian Red Cross, Parks Canada, law enforcement agencies, and more, teaching them his techniques. He's also been a scuba instructor and a bush pilot, flying through the skies of British Columbia and the Yukon. 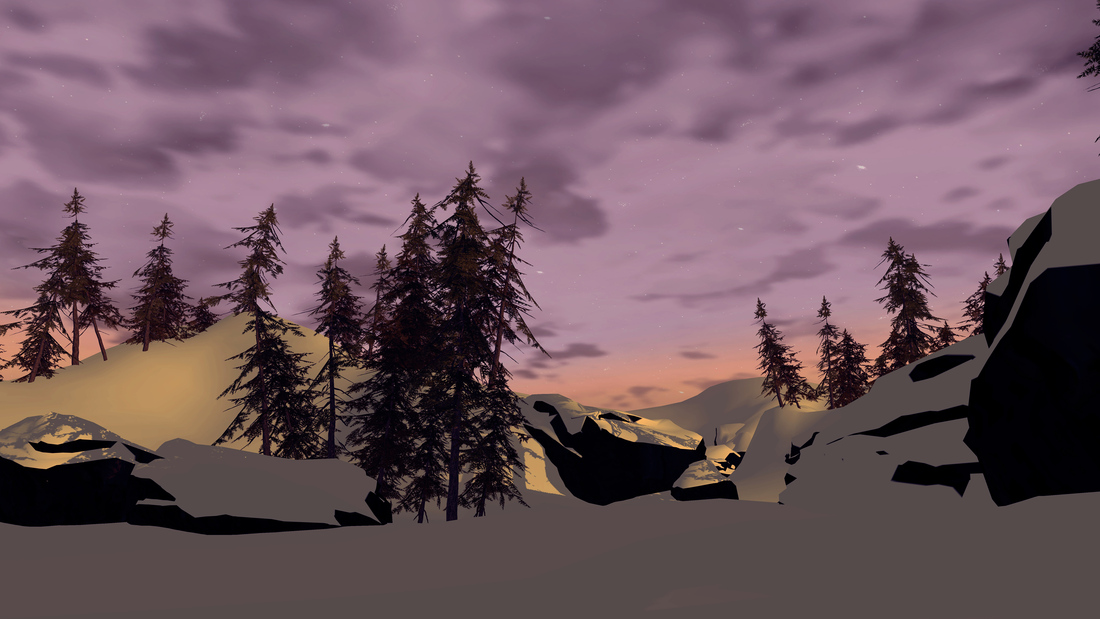 The Long Dark is about surviving. Created by Hinterland Games — a new studio formed by industry veterans from franchises like Far Cry, Mass Effect, and God of War — it takes place in the forests of the Pacific Northwest following the events of a massive, planet-wide disaster. You play as a bush pilot named William Mackenzie who crashes into the wilderness and has to figure out just what's happening — but only after he learns how to stay alive. And, much like in games like Minecraft, you aren't given a lot of direction when it comes to what you need to do. "It's about putting the player in the world and letting the world give them information, and letting the player make decisions about what they want to do with that information," says creative director Raphael van Lierop. "We're kind of expecting something more from our players, instead of guiding them through the whole game."

"We're kind of expecting something more from our players."

Games like Fallout 3 already toss players into a huge world and force them to survive, but the team at Hinterland is aiming to craft an experience that's much more true to real life. For example, the game will track how many calories you burn, so you'll need to be careful about how you expend your energy. Running will burn those calories faster than walking, and finding food to replenish them will be a challenge. "We're focusing on some things that a lot of games just gloss over," says van Lierop. And that's where Fragassi comes in. While van Lierop currently lives on the northern part of Vancouver Island — "I can walk out of my office, and five minutes away from here there's about 50 kilometer of mountain biking trails and logging roads that twist through the mountains," he says — the rest of the team isn't quite so familiar with the great outdoors.

Stacks of survival guides and manuals were used as a starting point, but Fragassi has since signed on to help add that extra layer of authenticity. "We wanted someone who was going to give us the raw goods on things," says van Lierop. "He's there to make sure that we're as accurate as possible." Since The Long Dark is still somewhat early in development, most of Fragassi's contributions so far have consisted of "pretty high-level" concepts, as opposed to more nitty gritty game elements. But soon he'll have a much more hands-on approach with the team — literally. 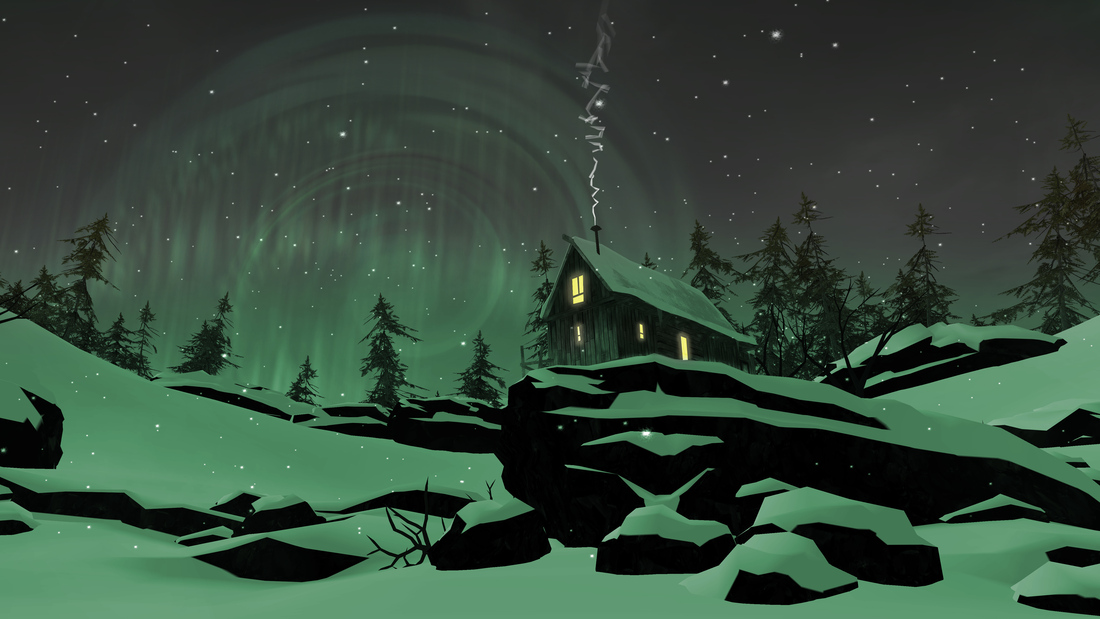 "What do you do when you're living on the fringes of civilization?"

The studio is currently planning a survival training session in which everyone — from the art director to the sound designer — will spend a few days off the grid, learning survival techniques directly from the expert. "I'd like everyone on the team to have some hands-on experience with living in the bush for a couple of days," van Lierop explains. Being out in the woods has already had an impact on the game's design, as the team has learned to use sounds, like a running river or chirping birds, to convey information to players. The idea is to use the environment to direct players as much as possible. To that end, you won't have access to a mini-map in The Long Dark, but will instead have to use landmarks, a compass, and maybe even the constellations to guide you through the world. The studio is currently attempting to fund the game through Kickstarter, with a Windows, Mac, and Linux launch expected in 2014.

Of course, there's a limit to just how accurate the game can be. Go too far in the simulation direction and it won't be a very fun experience. "I'd like to go as detailed as we can without making it super onerous and frustrating," van Lierop says. "I think we're still finding the balance between that."

The Long Dark might not teach you how to survive the harsh wilderness on your own, but through its gameplay and story van Lierop hopes it will help answer an important question: "What do you do when you're living on the fringes of civilization?"