Share All sharing options for: Brand engagement: the cruel subversiveness of 'Monopoly Empire'

What do children love? Brands.

Well, that's at least what Hasbro thinks they love. Since July, it's been selling Monopoly Empire, a shorter edition of the original game that replaces physical real estate with its cultural equivalent. At release, Coca-Cola (which once had its own version of the game) had snapped up Broadway, Samsung had spent enough to take up residence at Park Place, and Yahoo, eBay, JetBlue, Beats Audio, and others rounded out the board. You can play as a carton of fries, a bottle of Coke, and an Xbox controller. It can be played in 30 minutes, and is apparently designed for a younger audience. It may be the worst special edition Monopoly game ever. It may also be the best. 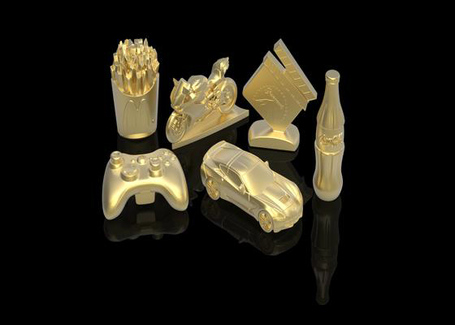 Without the official Hasbro trademark, you could probably imagine this was a parody. Its writeup promises "cool brand tokens" that will let you "be first to the top." The words "brand" or "branded" are mentioned eight times in under 200 words. In other words, 4 percent of Monopoly Empire's description is just "brand." After some coverage earlier this year, it's in the news again for running a "Battle of the Brands" on its Facebook page. Carnival Cruise Lines won, by the way.

But it's better than a parody. Monopoly Empire is the logical culmination of decades of Monopoly games that bear the name of eras, cities, and pop cultural icons. It's not a bastardization of the series, it's the series in its purest form, holding up a dark mirror to the muddled excesses of late capitalism. When everything is a brand, the most subversive thing of all is to lay out what you're doing in its baldest form.

Monopoly Empire is a commentary on all the games that have come before it. It looks your Lord of the Rings special edition in the face and says "We're not so different, you and I." It forces you to confront the difference between a beloved cultural icon and a piece of marketing schlock.

Well, they're not just brands. There are fascinating pieces of fiction behind them, fond memories, daring achievements, brilliant pieces of design. But when we move Luke Skywalker around the galaxy, we're not engaging with any of those things. We are, simply put, engaging with a brand. It's just a more respectable one. 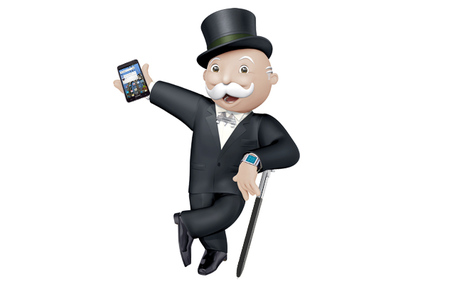