Visit a world-class facility like Industrial Light & Magic, and alongside legions of brilliant artists youâll find racks upon racks of servers, all devoted to one task: making the impossible come to life. But as computers have become cheaper and more powerful, technological bottlenecks have opened up, allowing ambitious young filmmakers to stand out by creating low-budget shorts with big-budget effects. Itâs a trend thatâs brought us names like Neill Blomkamp, whose Alive in Joburg became District 9, and Fede Alvarez, who parlayed his robot-invasion short Panic Attack! into a gig directing the recent Evil Dead remake.

Another filmmaker to recently walk down that path is 28-year-old Dan Gaud. His latest short, Tonight I Strike, is a sci-fi revenge drama with a heavy dose of robots and visual effects. Edited and created almost entirely on a 15-inch HP laptop, itâs a shining example of whatâs possible when you pair todayâs tools with creativity and imagination â and the extraordinary patience required to make it all come together. 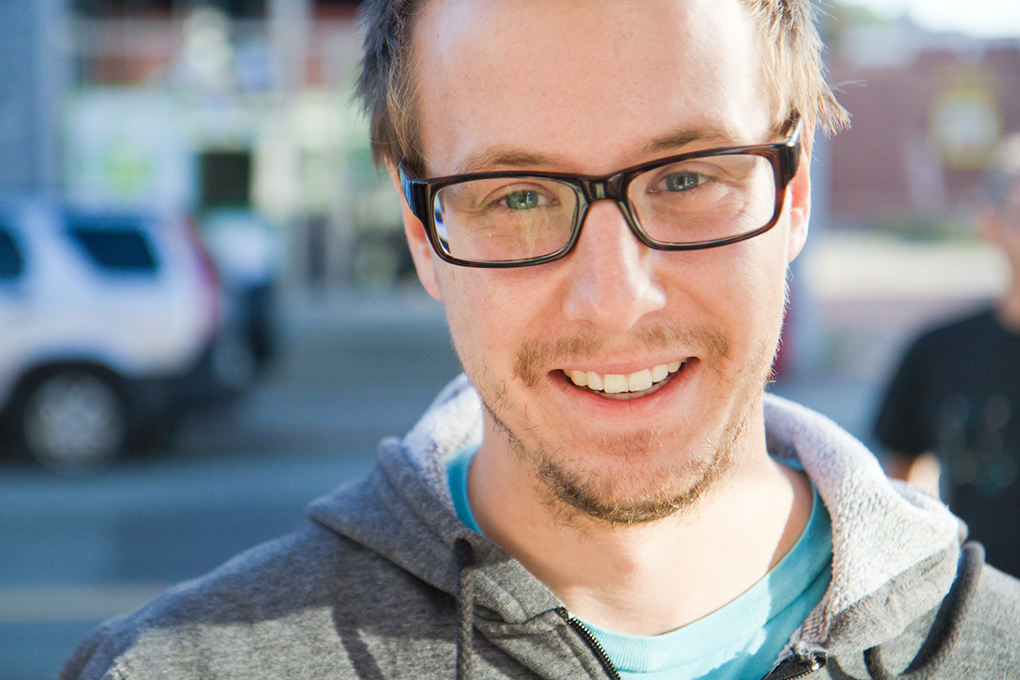 Dan Gaud first fell in love with filmmaking thanks to James Cameron. âI saw Terminator 2 when I was eight, and that really, really blew my mind,â he says. Around the age of 12 Gaud started experimenting with 3D Studio Max, teaching himself the basics of 3D computer graphics. âInstead of doing homework and all the usual school stuff, I just stayed home really late and did VFX,â he says. âBut at the end, after a few years, I was like âHey, I have a demo reel!ââ

That reel led to a year at Montrealâs National Centre for Animation and Design, and Gaud eventually jumped to the visual effects industry as a digital compositor. But despite having credits like Watchmen and Iron Man 2 to his name, he says his plan was to use effects work as a stepping stone. âI always wanted to tell stories, and VFX is not telling a story,â he says. âItâs mostly making pretty pictures.â In 2010 he made his directorial debut with the short film Leap, and having used it to secure a manager he decided it was time for a follow-up.

The initial inspiration for Tonight I Strike was a feature film idea Gaud had been kicking around about a robot police officer. âMy first idea was to have the robot be the star of the story,â he says, but a bit of napkin math made it clear that wasnât going to be feasible. Heâd be performing almost all of the effects work himself in his free time. With a CG lead character he estimated it would take around five years to pull off a 15-minute short.

Moving the CG characters to secondary roles, he instead set the story in a world where space travel and robots are as common as refrigerators and toasters; the lead became a young man searching for his missing sister. Gaudâs manager pulled together $15,000 to fund the shoot, and to flesh out his ideas the filmmaker turned to an animatic: a moving, visual storyboard.

Using the 3D application Softimage he assembled a rough version of the film using primitive presets to fill in for the various actors. âThe character walking around is the âXSI Man,â which is just a default human you can get,â he says. The rough mock up was the equivalent of a stick-figure storyboard, but it allowed Gaud to previsualize the short in its entirety.

The five-day shoot kicked off in late summer of 2011, using a RED One MX and a crew of more than 20 working for free. During production actors stood in for the various robot co-stars, performing the actions that would later be matched and animated over. âI love the way that humans move, and to just replicate that from scratch is really hard,â Gaud explains. âWhen you donât have access to motion capture and all that fancy shit you just use a stand-in like I did.â 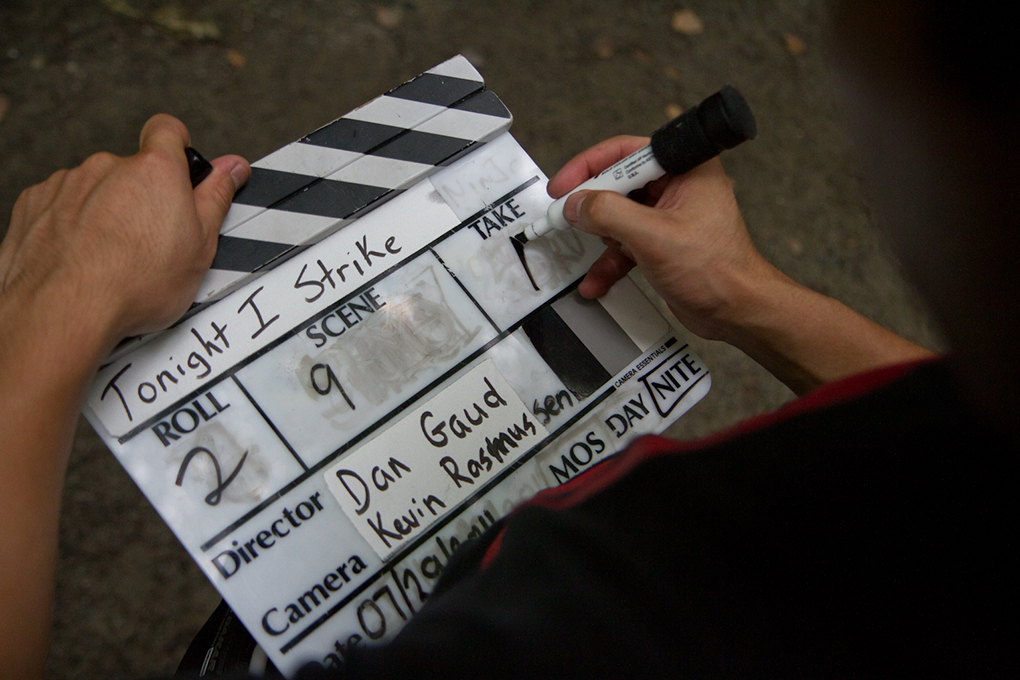 Every shot was previsualized in the computer 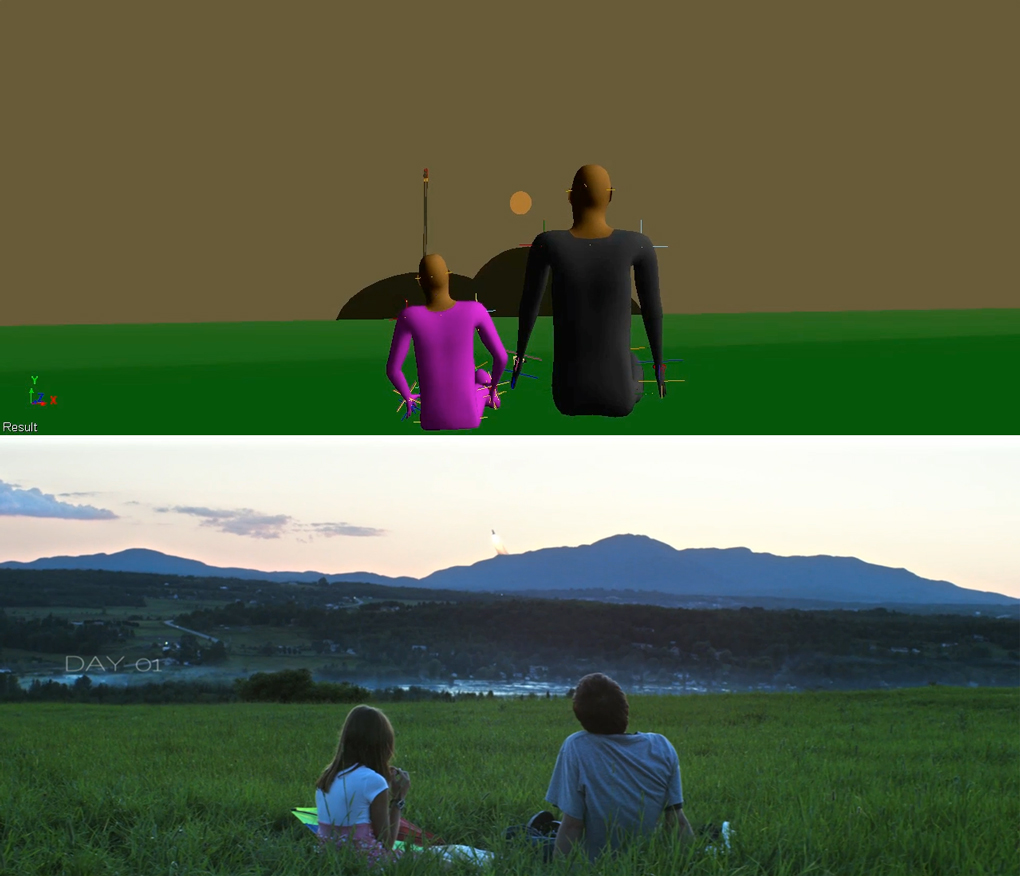 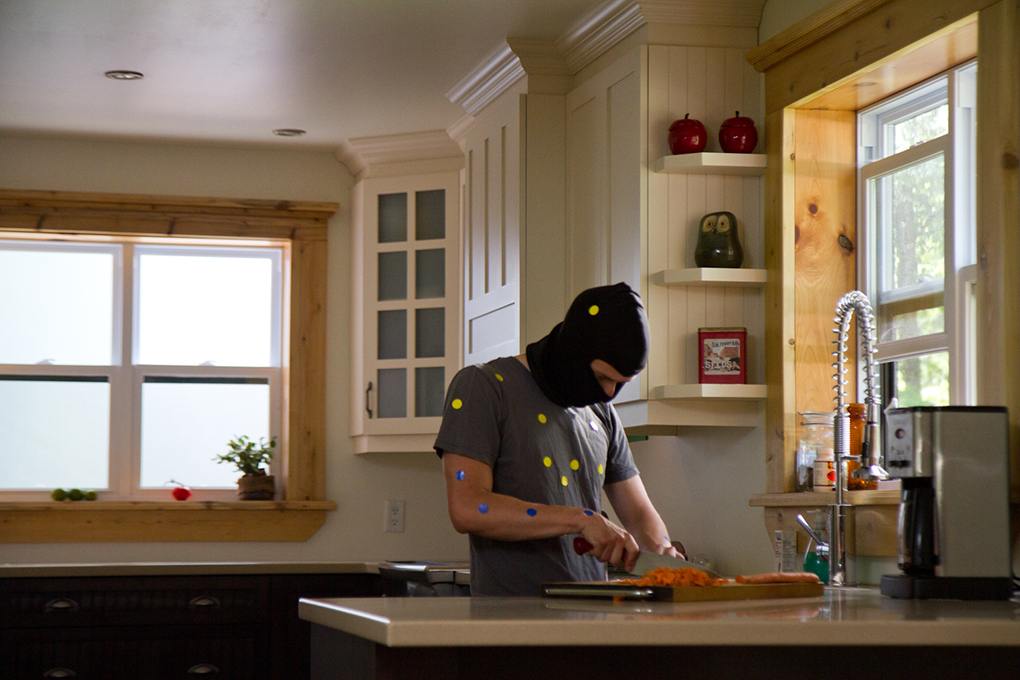 Rendered on an HP Pavilion dv6

Once production wrapped, it became clear that the hard work was only beginning. Gaud realized that his 2008 MacBook Pro wasnât going to be enough to handle the project, so he picked up the best computer he could afford at the time: a $1,200 HP Pavilion dv6 with 8GB of RAM, a 2GHz i7 processor, and an HD screen. He cut the film on Adobe Premiere and did the basic 3D work in Softimage, but the rendering engine â the software that takes those 3D models and turns them into near-photorealistic imagery â presented a choice.

âMental Ray and RenderMan are the standard rendering engines that people use to output VFX shots,â he says, though alternatives like V-Ray and Arnold have been gaining traction. âI bought kinda like the underdog of those, which is called Maxwell.â The engine allowed him to input the location, date, and time during which a given scene was shot, he explains. Maxwell would then place its virtual sun in the sky to match the conditions during filming, helping light the CG elements appropriately.

âI created a box [inside the computer] that looked like the house that I shot in. So I had the light bounce almost exactly like how I shot it with my stand-in guy.â Entering information about the type of lights used in a shot â along with the camera settings themselves â allowed the software to do much of the heavy lifting. âAnd they were cheaper than the rest,â he laughs.

Despite the advances of Mooreâs law, the project hit a wall when it came to bringing those images to life. Gaud didnât have a massive render farm to work with â it was just him and his laptop â so he had to make some concessions right off the bat. Heâd finish the project in 2K, rather than the 4K the footage had been captured at, and heâd need to reduce the amount of light sampling in his renders. That would let the computer churn out the sequences faster, but it introduced noise and flickering into his 3D elements that heâd have to try to hide in the compositing process. 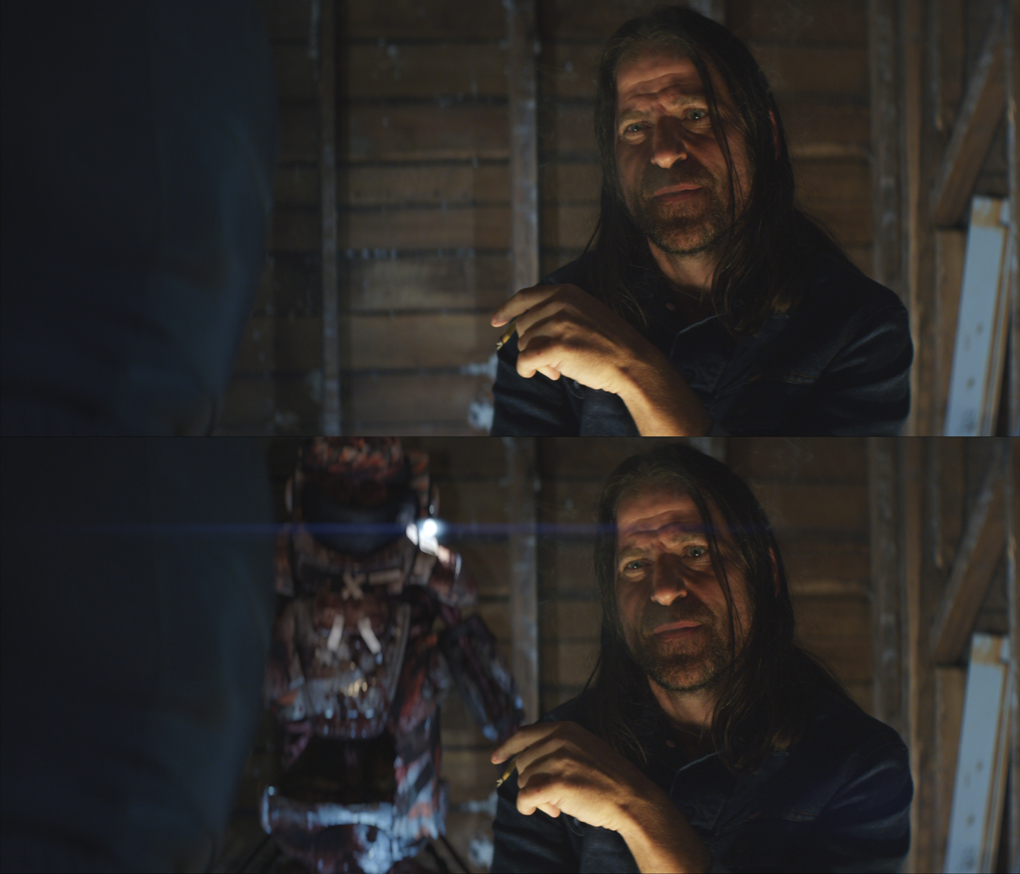 Even then, it merely moved the situation from the realm of the impossible into the realm of the incredibly difficult. The kitchen sequence, where the lead characterâs mouthy robot Max cuts carrots, was made up of around 700 frames â and it took an hour and 10 minutes per frame to render out the 3D elements. That works out to 34 days of rendering time for those shots alone, and thatâs before everything was put together in compositing software Nuke.

All told, Gaud's laptop spent nearly four months just rendering out frames for Tonight I Strike â not counting various crashes and a dying hard drive that led to some work being lost. âThat was my setup for two years,â he says. âMe, my laptop, and my Wacom tablet, just trying to make it happen.â

Gaud finished around June 10th of this year, insofar as any project can ever truly be finished. âThereâs still a bunch of stuff I watch and go, âUgh, that sucks, I could make it way better,ââ he explains. But putting something out there requires setting the right priorities and letting go â even on a shot-by-shot basis. ââDoes it tell the story?â Yes. âDoes it look good?â Yeah, thatâs fine,â he says. âAnd you can move on to the next shot.â

Since debuting Tonight I Strike, Gaudâs met with studio executives and companies like J.J. Abramsâ Bad Robot Productions, while the movie has played LA Shorts Fest and will be screening at the Spasm Festival tonight in Montreal. As a filmmaker, however, Gaud is already at work envisioning his next project. Itâs a return to that initial dream of having a CG robot serve as the lead in a movie. Having established a workflow with the short he knows heâll be able to pull off a feature-length project should he find himself in the position to do so.

"I really want to make people feel for a CG character. That's my ultimate goal."

âI really want to make people feel for a CG character. Thatâs my ultimate goal,â he says, pointing to movies like The Lord of the Rings trilogy and District 9 as trailblazers. âIt worked for these guys, and I want to do the same but on another scale, and get people really involved.â

âNow I have another machine, so hopefully itâs going to be way faster for the next one,â he laughs. âAt least Iâm going to have a little bit of render power.â