Can the developers of 'The Walking Dead' make a great crime drama?

Share All sharing options for: Can the developers of 'The Walking Dead' make a great crime drama?

The Wolf Among Us is a video game take on the classic New York City procedural crime drama — it's just one that happens to star the Big Bad Wolf and Snow White. It's the latest release from Telltale Games, the studio behind last year's smash hit game series based on The Walking Dead, and the two franchises share a lot in common. Both are based on a graphic novel series — The Wolf Among Us is set in the same world as the Fables comics — both are divided into five episodes, and both force choices on players.

But while the two games are similar in many ways, they're also very different experiences. Whereas The Walking Dead is dark and stressful, the first episode of The Wolf Among Us, dubbed "Faith," is a stylish hardboiled drama with characters that somehow feel important — despite being ripped from the pages of your favorite fairy tales. 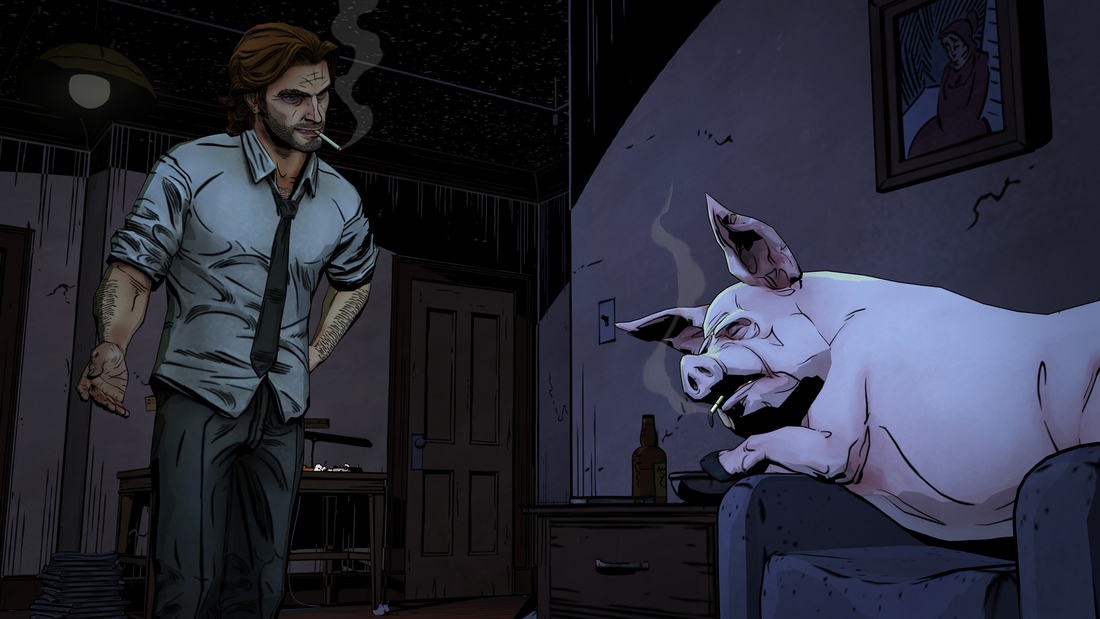 The game centers around Bigby Wolf, better known as the antagonist from the Three Little Pigs. Bigby is the sheriff of Fabletown, an area of New York City inhabited by fairy tale characters who use magic to disguise themselves from the rest of us. It's sort of like Little Italy, only with more dwarves and talking pigs. Bigby is the stereotypical troubled cop, trying to get away from past mistakes. He even lets one of the three little pigs stay in his dingy apartment — he did blow their houses down, after all. As with most crime dramas, the first episode is focused on a murder. Early on a severed head shows up on Bigby's doorstep, and so he sets out to determine just what happened.

It's like Little Italy, only with more dwarves and talking pigs

While you don't have to be familiar with the source material to enjoy the game, there's still a lot of information to take in during the debut episode. Because of this, Telltale has smartly included what is essentially an in-game encyclopedia, providing brief details on characters, locations, and magical terms that you might not quite grok the first time you hear them. It makes it a lot easier to understand terms like “mundies” that aren’t fully explained through dialogue. It's also designed to look like a character select screen from Street Fighter, which is a nice touch.

Mechanically, The Wolf Among Us is essentially identical to The Walking Dead. You'll spend much of your time talking to other characters and choosing from multiple dialogue paths. You can also investigate the world around you, collecting clues like any good detective. These mechanics work perfectly for a game that's all about investigating a crime, and while they don't really provide much challenge, they're still largely engaging. Calling out a character who is lying to you is incredibly satisfying.

"Faith" also features a surprising amount of action — you'll get into multiple fights and even engage in a chase sequence. These are easily the weakest moments of the game. You'll need to click a button or flick an analog stick at just the right time to perform actions, but the game rarely gives you enough time to figure out what to do before requiring you to actually do it. Luckily the game is pretty forgiving, as I managed to survive several of these moments despite messing up quite a bit. It almost makes you wonder why these sequences exists in the first place. 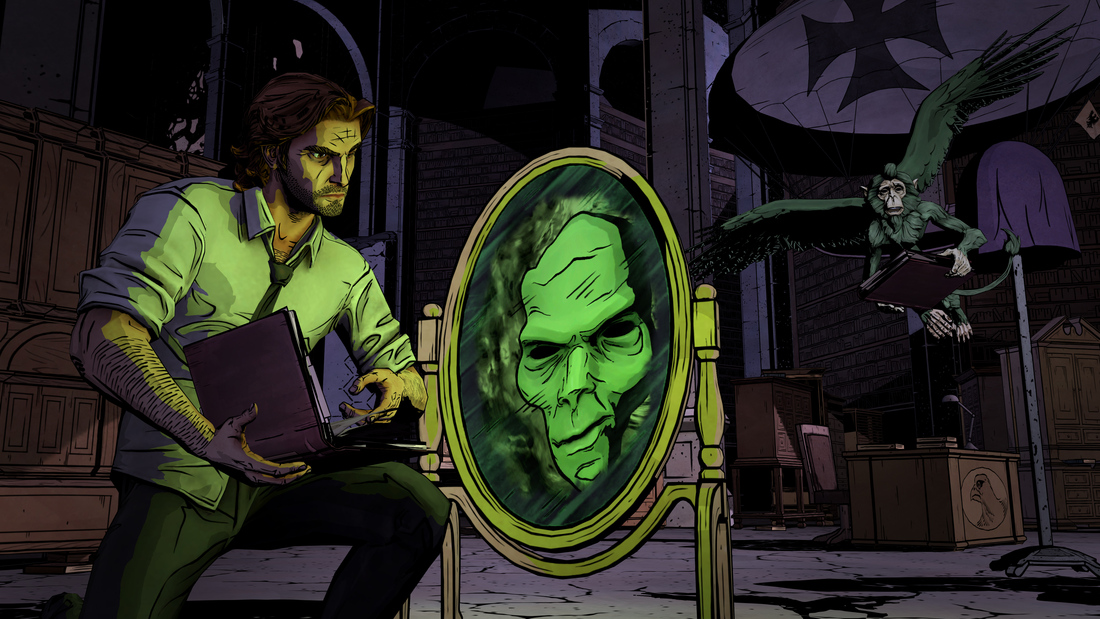 With such basic gameplay, the story and characters are left to do much of the heavy lifting, and "Faith" manages to do a great job of setting up the series. Like The Walking Dead, The Wolf Among Us forces you to make a number of choices. And while they're not as brutal as deciding who lives and who dies, they still feel important — in one instance you'll only be able to capture one of your two biggest suspects, letting the other get away. Some of the choices also let you shape Bigby's internal conflict. You can decide whether he turns the other cheek, or reverts back into the monster he's been running away from all of this time. The interesting thing will be to see how these decisions play out over the course of the series, and how much of Bigby's personality is left up to you. Telltale has also shown once again that it isn't precious with its characters — people die in "Faith," and it's not always who you'd expect.

People die, and it's not always who you'd expect

The Wolf Among Us also sees the studio pushing even further with its stylized, comic book aesthetic. Playing "Faith" feels like moving around in the pages of a graphic novel. Dark outlines around characters and objects look like the pen work of a talented artist, and the neon-hued pink-and-purple color scheme really helps drive home the hardboiled style. It also makes it easier to take some of the game's more ridiculous elements seriously. This is a world where a pig doesn't look out of place lounging on a couch, smoking a cigarette.

It's far too early to tell whether or not The Wolf Among Us will live up to the lofty heights of The Walking Dead's first season, but the first episode is certainly a step in the right direction. The game smartly uses the same basic structure to craft an experience that feels very different — instead of making tough choices in a world gone to hell, you'll be searching through New York's underbelly in search of a killer. And it’s a whole lot of fun. The Wolf Among Us takes what made Telltale's previous series such a hit and seamlessly translates that to a detective story that, at least initially, is incredibly gripping. Whether it can keep that up for four more episodes is another question.

The debut episode of The Wolf Among Us launches today on the Xbox 360 and PC, with a PlayStation 3 version due next Tuesday.