Apple's Jony Ive and the renowned industrial designer Marc Newson have paired to design a one-off desk. Created for charity auction, the (RED) Desk is, in keeping with much of the designers' back catalogues, machined from solid aluminum. Unlike the Leica camera revealed earlier this week, the (RED) Desk is not based on previous work, which should help its value skyrocket. 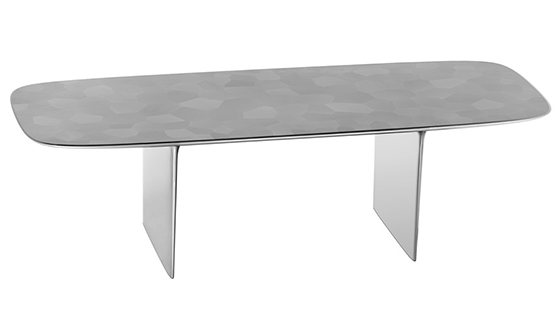 The influence of both designers runs through the piece, although it appears there's a little more Newson in this desk, just as there was a little more Ive in the Leica. Perhaps that's unsurprising given the pair's individual pedigrees. The form is definitely unique; the tabletop sits atop a pair of sculpted legs like a discarded aircraft wing, leading to a striking initial impact. Get closer to the table and a playful jigsaw-like pattern is revealed on the tabletop. 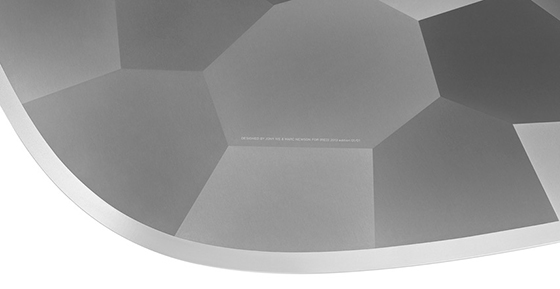 Yes, it's cold and almost clinical in its execution, and should it ever be used regularly and vigorously, the soft aluminum may not stand the test of time, but as a one-off piece it's impactful and memorable. That's exactly what's needed from a piece designed to make as much money for charity as possible. 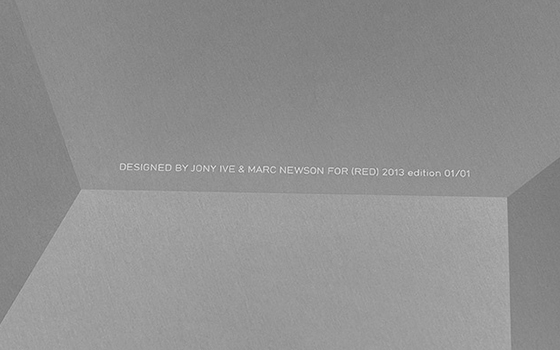 As its name suggests, the desk was produced for (RED), an HIV / AIDS charity that Apple has supported in some form since the early days of the iPod. It'll go on auction at Sotheby's in New York on November 23rd. Ive and Newson have also worked to customize a grand piano and a 2012 Range Rover car for the auction, but the design for the latter has yet to be revealed.