Last September, everything changed in the photography world as Canon and Nikon both revealed full frame cameras the cost about $2,100. In the photography world, that price can almost be called affordable — a first for full frame cameras. Now it's just over a year later, and Nikon is issuing the very first refresh to its least-expensive full frame shooter, the D600. Its updated model is called the D610: it's nearly identical, should be available later this month, and comes in at $100 less expensive. 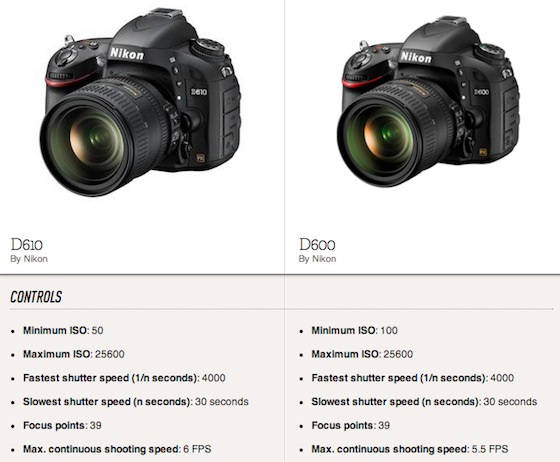 Nikon knows this is a small update

Even Nikon admits that the D610 is an iterative update, but that's by no means a bad thing. Physically, the D610 is almost indistinguishable from its predecessor. Instead, its few changes all come on the inside. The most intriguing one is an expansion of Nikon's quiet shot feature, which allows photographers to almost-silently snap a picture. Nikon says that its earlier cameras could only do this once before the camera would make noise again, but the D610 can do this three times in a row.

It's a feature that helps the D610 match up to its direct competition from Canon, last year's 6D, which can also take three quiet shots in a row. Nikon's other notable feature upgrade is a much smaller one though: it's bumping the camera's top shooting speed up to six frames per second, up from five-and-a-half. While it's not much, it does more seriously best the 6D's top speed of four-and-a-half frames per second. It's not about to make the D610 into the perfect choice for a sports photographer, but any improvement is a pretty major one at its price. 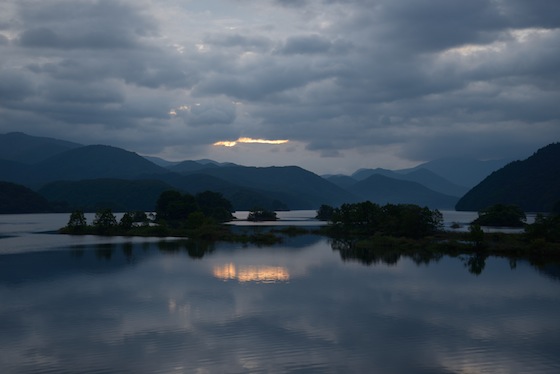 A sample photo from the D610, provided by Nikon.

Nikon also says that the D610 should do a better job of white balancing when there are people in the frame, which could mean that company has resolved some of the balancing issues that D600 owners encountered. But otherwise, the D610 is the same camera you already know, just at a lower price in both its body-only and kit configurations (though notably, the D600 was plagued with issues of dust getting on its sensor; Nikon didn't tell us whether that issue has been resolved here, but the D610 does have a new shutter mechanism, addressing an often suggested cause of the problem). That D610's lower price is by no means a major advantage though, as Canon's 6D is now available for closer to $1,900 from certain retailers. 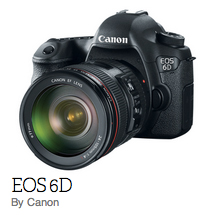 For a photographer who isn't committed to a lens system, the differences between the two can be hard to choose between. The D610 has a built-in flash and dual card slots, unlike the 6D. But the 6D has built-in Wi-Fi and GPS, neither of which comes in the D610. All of those features can be pretty important to different sets of photographers, so while they can be hard to choose between, one thing is clear: full frame cameras are being priced lower than ever, and the competition over performance is just getting started.

There were a few of other interesting products added to the database this week:

If you want to learn more about any of the products mentioned above, all of our information on them can be found through the database box located beneath the article. For more on cameras, TVs, and just about every product around, you can check out the full Verge Database right here.