HTC One max review: a lot more of the same

The power button is on the side

Homer’s two great works, The Iliad and The Odyssey, are technically poems. In the exact same way that an inch-thick tome can be a poem, the HTC One max is a phone. It has all the requisite characteristics: 3G and 4G connectivity, an earpiece and multiple microphones, and a design that invites you to use it like a regular smartphone. And yet, it’s just so big.

The new 5.9-inch member of HTC’s One family takes the vaunted One design up into a higher weight class, squaring up against the likes of Samsung’s Galaxy Note 3 and Sony’s Xperia Z Ultra. Unlike those devices, however, the One max pays no special fealty to pen or stylus input — its secret weapon in the battle for consumer attention is a back-mounted fingerprint scanner. So, eight months after its initial launch, the HTC One gets supersized and fingerprint-savvy. Does that keep it in the running for best Android smartphone? Or does the extra size drag it down?

Though HTC would prefer that you think of the One max as an extension of the One’s design, what you’re looking at with the new phone is an enlargement of the slightly less classy One mini. That means a plastic wraparound encasing the display, though you still get plenty of aluminum and a nice little bonus: the back cover is now removable. Don’t let that fool you into thinking you’ll be able to swap batteries; you won’t. HTC has built the 3,300mAh battery right into the One max and only opens up the rear to let you insert a Micro SIM (or two, with the dual-SIM model destined for China) or a microSD memory card.

The back cover's removable, the battery is not

The newly removable back cover isn’t without its compromises, either, as it adds tangible seams that are not present on the One or One mini. HTC keeps the One’s IR emitter at the top of the device, but shifts the power button on the One max to the side — a first for the company and a much sought-after tweak. A volume rocker rests just above the power key and that’s all you’re getting for physical controls. Given the size of the One max, many might be disappointed not to see HTC add in a dedicated camera button.

Even the 5.7-inch Galaxy Note 3 feels petite when set against the One max 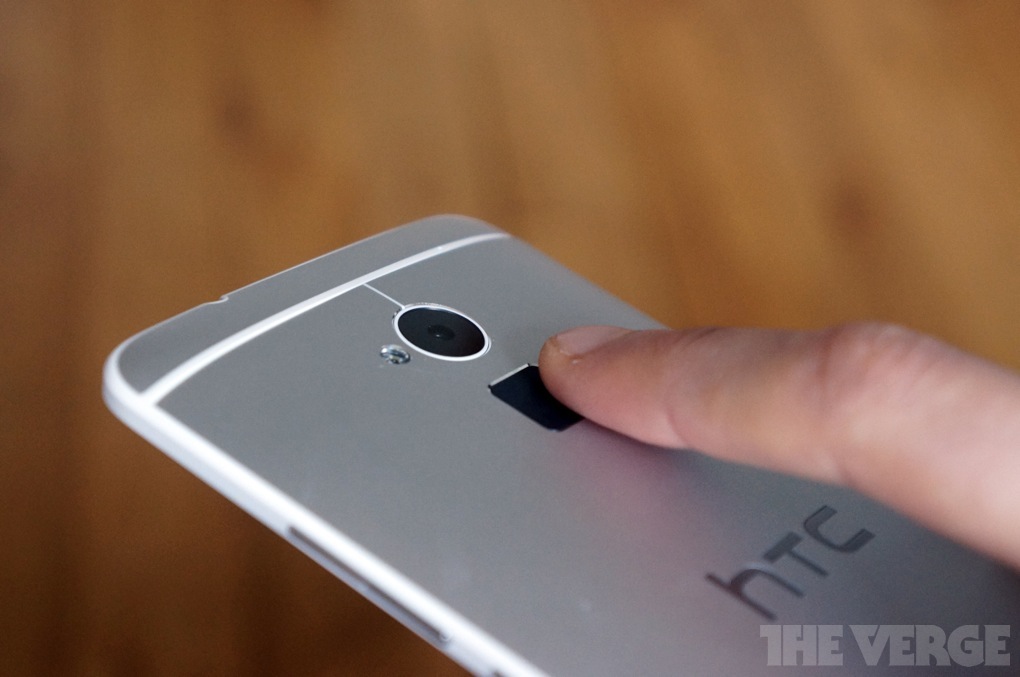 Using the One max in the recommended way — as a very generously proportioned phone — is an exercise in frustration, and nothing exemplifies that better than its major new feature, the fingerprint scanner. Firstly, it’s placed in exactly the wrong place. Sitting immediately below the camera lens and requiring a swipe, it pretty much compels you to smudge the lens every time you want to identify yourself. The need for a vertical swipe is also problematic, since your hand’s natural position is at an angle to the sensor, demanding an unnatural and uncomfortable motion to activate it. Inevitably, that leads to regular failures to recognize your epidermic signature.

How awkward can a fingerprint scanner be? Very

Equally aggravating is the fact that you have to wake the One max from sleep before swiping to unlock it. The whole point of these fingerprint sensors is to speed up security processes, not make them more finicky, and that’s exactly where the HTC One max fails. There’s plenty of potential here, as you can enroll up to three different fingers and assign each an app to launch, but that only works from the lock screen — why not universally? As it is, the fingerprint scanner implementation here is clumsy, awkward, and comfortably in line with the long history of failed attempts at making this technology work.

The very same can be said of the One max’s form factor. It just doesn’t work. Every time I pick up this device, I long for either a properly sized tablet like the Nexus 7 or a more compact beast like the original One. Hell, even the 5.7-inch Galaxy Note 3 feels petite and compact when set against the One max. 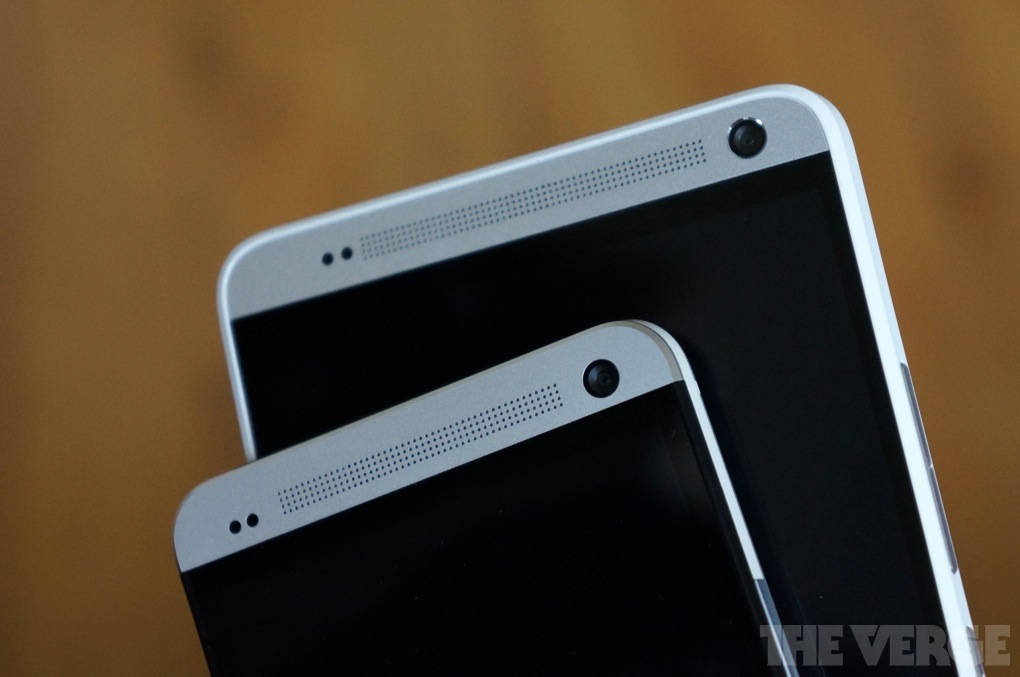 Change is a scary thing

Change is a scary thing

A big reason, quite literally, for the One max’s dimensions are the stereo BoomSound speakers at its front. They’re identical in design to the One, but give you more volume by being larger in volume. That makes the One max easily the nicest Android device to listen to, but for me it just doesn’t justify the overall ergonomic compromise. There are too many good headsets and wireless speaker options for a phone to truly need great speakers built in. The absence of the Beats logo on the back signals the lack of Beats software inside the One max, but not to worry — for anyone that cares about sound fidelity, that’s addition by subtraction.

Also unchanged from the One and One mini is the Super LCD display technology. The One max’s 1080p 5.9-inch display is a pleasure to behold, keeping up HTC’s reputation for using some of the very best panels available. As luxurious as it feels, however, it’s no longer quite as exceptional as it once was — LG’s G2 is at least as good when it comes to contrast, color reproduction, and viewing angles, but pulls ahead by virtue of its spectacularly thin bezels around the screen. The HTC One max cannot be accused of having a thin anything.

Great display, great speakers, just a shame about the camera

HTC’s 4-megapixel UltraPixel camera makes a reappearance on the One max, however it discards one rather important feature from the original One: optical image stabilization (OIS). That’ll have an impact when you’re shooting from a less than perfectly still position or in lower light, though let’s not forget that even with OIS the One’s camera is not exactly a world beater. What you get from the One max is quick operation and decent image quality, the latter being enhanced somewhat by its excellent display. There are still software foibles, such as the automatic white balance jumping wildly between a golden sunlit scene and a cool blue hue in two successive photos of the same landscape. That might not sound like a huge deal, but it leaves you with albums of rather inconsistent-looking pictures.

Unlike Beats, BoomSound is a brand name to respect 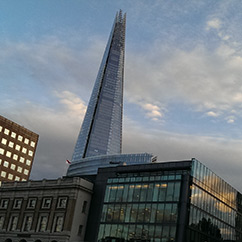 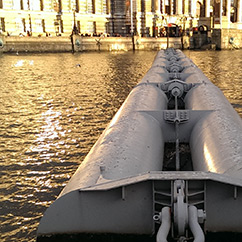 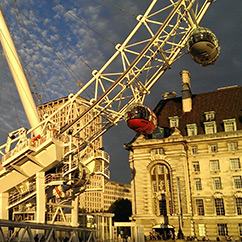 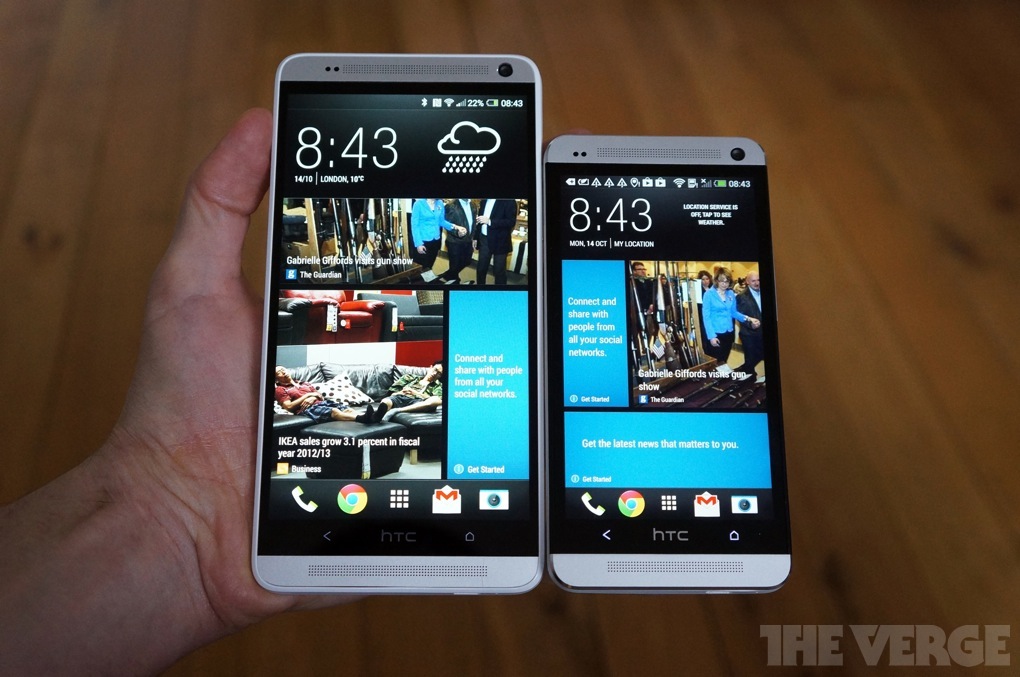 Building on a dubious foundation

Building on a dubious foundation

Sense 5.5, built atop Android 4.3, is HTC’s latest effort at convincing you that it’s adding value to Google’s mobile OS. To that end, the company points out that 70 percent of HTC One customers are using BlinkFeed — a news and social media aggregator that closely resembles Flipboard — regularly. My reading of that statistic, given that BlinkFeed is the default home screen on the One, is that 30 percent of users are actively avoiding the company’s headline feature. As if to prove that point, HTC has now made BlinkFeed removable. That’s a good change, in isolation, but why waste resources on emulating something that already exists for those who want it (namely, Flipboard)? HTC has spent time building in RSS and Google+ support, adding a new Reading List, and automating setup — for a feature that 30 percent of its users run away from in terror.

A similar lack of inventiveness is evident in the rest of the Sense 5.5 additions: the photo gallery now has an animated GIF maker, Zoe photos have more themes and audio options… and that’s about it. HTC calls these enhancements, but I call them a failure to innovate. There’s nothing on the One max that I can’t get from any other Android phone. Samsung’s quick toggles in the notifications menu are better implemented and quicker to access, Sony’s aesthetic flourishes are prettier, and even LG has a lead with its implementation of a double tap to wake or put a device to sleep. HTC sweetens the deal a little with a free 50GB of Google Drive storage for two years, but the fact remains that a company that needs its devices to stand out is playing it far too safe.

That timidity is evident not only in the software and design of the HTC One max, but also on its spec sheet. The Snapdragon 600 processor that powers the One is retained with the One max, giving you predictably unchanged performance. Four cores and a 1.7GHz max speed are nothing to scoff at, but Samsung and Sony manage to fit the more powerful Snapdragon 800 within their Note 3 and Z Ultra devices, leaving HTC lagging. The One max’s 3,300mAh battery does give it one category where it leads the others, though in my experience it didn’t last significantly longer than the Galaxy Note 3. A day and a half’s use with either device is a perfectly reasonable expectation, and if you’re comfortable pushing past the low battery warning, you’ll probably get two full days before reaching for a charger. This is one of the great benefits of these jumbo phones: more space to fit more battery.

The end result is less than the sum of its parts

When I reviewed the original Galaxy Note, I described it as a bad idea executed extremely well. The HTC One max is the diametric opposite. Enlarging the HTC One design and adding a fingerprint sensor seems like a great way to build on a strength and add something new and unique. The result, however, has been an ergonomically stilted device whose best new feature will be classed as either a gimmick or a disaster.
I can think of no good reason to buy the One max over the original One or even the One mini. And if you absolutely must have a large-screen device, Samsung’s Galaxy Note 3 does a better job at almost everything while also being smaller and lighter.