The art and science of selling clothes to bros

The art and science of selling clothes to bros

The menswear community on Tumblr is positively bustling. In the last 30 days, more than 77,000 photos, text posts, and videos were posted with the #Menswear tag, according to Union Metrics. There are posts by Nick Wooster, a street-fashion icon; Fuck Yeah Menswear, which spawned a book; and even Menswear Dog, a Shiba Inu that dons a variety of well-put-together outfits, and who has garnered more than 60,000 followers on Instagram. Ten years ago, most men, let alone dogs wouldn't have been caught dead sporting an ascot, but today, the desire to be fashionable has reached critical mass.

Ten years ago most men, let alone dogs, wouldn't have been caught dead sporting an ascot

It’s hard to pinpoint exactly when the spike in interest in men’s fashion occurred, but with that spike came a dozen new websites aiming to sell clothes to men — men who have traditionally been stubborn about shopping for clothing online. JackThreads was one of the first, which opened its doors in 2008 not just to fashion-savvy men, but also to regular guys. "Retail always focused on the female shopper," says founder Jason Ross. "I didn’t feel like there were any retailers out there thinking about guys." But selling to guys brings its own set of challenges, since men often shop differently than women.

To Michael Preysman, it begins with the male psyche. He’s the founder of Everlane, an online retailer that sells designer-quality basics like oxfords and T-shirts to men by sourcing its own factories,. "‘Is this my new shirt?’ men ask," according to Preysman. "‘Do I want to buy all my button-downs from here?’" Men often look to find the best shirt or pair of pants for their dollar, and then buy a bunch of them, he says. "It’s a hunting mentality," says Preysman. "Once you find that good spot, you say ‘Fuck it, I’m going to get everything from here.’" Thus, Everlane created what it calls The Perfect Tee and has spun up an appealing story to help sell it. 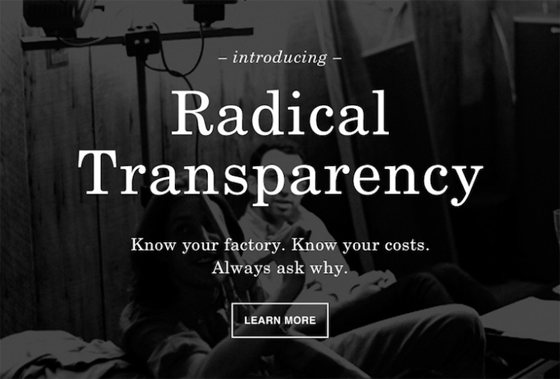 He cites The Sartorialist, a blog documenting street fashions, as one of the pioneering places to catalyze the online menswear revolution back in 2005. Today, he says, threads about the stitches per inch in a men’s shirt can go pages deep on StyleForum or Reddit, two popular destinations for debating men’s fashion. These discussions aren’t just about "metro" fashion trends as one might expect, says Preysman, but about fine details in clothesmaking. "Metro was the idea, but that’s not as much what’s happening," says Preysman. "Design-centric guys think about good quality stuff." One New York-based retailer named In God We Trust gave itself this bold tagline: "Pride builds quality, quality builds pride."

One of the ways to communicate quality is transparency. Online retailer Outlier, for example, provides detailed dossiers on its products, explaining how they were made and providing scientific descriptions of the high-tech, self-cleaning Swiss fabric used. "Being online means that people can do super extensive research, and then when they want to buy, the process can be extremely clean and smooth," says Outlier co-founder Abe Burmeister. In a brick-and-mortar store, it’s easier to walk out with a pair of pants, but harder to nail down "the specs" for any article of clothing, like where it was made, what fabric is used, and if it was ethically manufactured. If anything, Burmeister says, an online shopping experience offers men the ability to research a coat the same way they might research a new TV on a site like The Wirecutter. The effect is that you feel like you’re getting your money’s worth.

"Metro was the idea, but that’s not as much what’s happening."

A photo of Everlane’s latest oxford shirt design, another example, is flanked by the following description of the factory where the shirt was made: "Located in Hangzhou, China — known as one of the country’s most beautiful cities — we last visited this factory in January. We landed here in late 2011, the result of a long search for the best silk factory." Presyman says, "It’s about telling a detailed story, helping people understand why it’s a good product — from the fabric to story of the dyes used — men love the detail and history behind a product."

"Men’s shopping offline was just such a crappy experience," says Burmeister. "It just wasn’t tuned to how many men like to shop, which is in a bit of an all-or-nothing style." In its efforts to account for men’s shopping habits, online retailer Frank & Oak has come up with an ingenious, albeit risky, scheme. As part of the site’s "Hunt Club" free membership, Frank & Oak will mail you a box of clothes you’ve picked out once a month. You can pay for what you want to keep, or you can just send everything back entirely free of charge. Frank & Oak is betting that once you’ve tried on and liked a shirt or pair of pants in the comfort of your home, you’re far more likely to keep it. Meanwhile, the company eats the shipping cost. 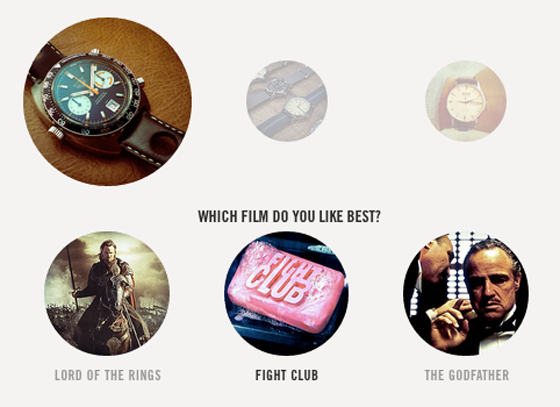 "Lots of guys care about looking good, but not necessarily about shopping," says Frank & Oak co-founder Ethan Song. His company both designs and markets its own products to keep costs down, but it also introduced an innovative way to customize the site’s selection for your tastes. When you log in for the first time to Frank & Oak, "StyleScape" asks "Which style guru inspires you most: John F. Kennedy, Don Draper, or Bob Dylan?" The answer to this question, among others, helps Frank & Oak recommend specific items to you, which means you might spend less time scrolling through an endless grid of shirts. On a site like Bonobos, you might even be thrown into a bucket like "metrosexual or gay," "finance guy," or "hipster." Or, you can just head into one of Bonobos’ handful of "Guideshops" to get more personal recommendations and try on the company’s clothes in person — a hedge against the biggest advantage brick-and-mortar retailers have: shoppers who prefer to see and touch the items they’re buying before taking the the plunge.

"A lot of guys say ‘Can you help me pick out five items that are great for me and I’ll be done?’" Song says. For some online retailers, fitting shoppers into specific molds can be one secret to success that brick-and-mortar stores can’t easily match. Another element is a tight mobile experience, which has led JackThreads to double-digit millions in sales on mobile alone. The menswear industry is expected to rake in $139 billion per year by 2017, and an increasing portion could be from online sites — places better catered to the way men, and perhaps even menswear dogs, shop today.