Nike has unveiled the new Nike+ FuelBand SE at an event in New York City. The new band looks almost exactly the same as the old version except for a small splash of color. It's still available in all black, but now there's Volt (a neon yellow), Total Crimson (red), and Pink Foil. The new colors are tastefully done, lining the inside of the bracelet and only a small stripe near the latch.

The biggest addition to the new bracelet is Bluetooth 4.0, which enables users to track individual sessions and view the Fuel point earnings in real time. Session tracking is part of the new Nike+ FuelBand app and can be used for a variety of different activities that Nike has already programmed into the app, from running to boxing or playing football. Session tracking can also be used to track sleep. 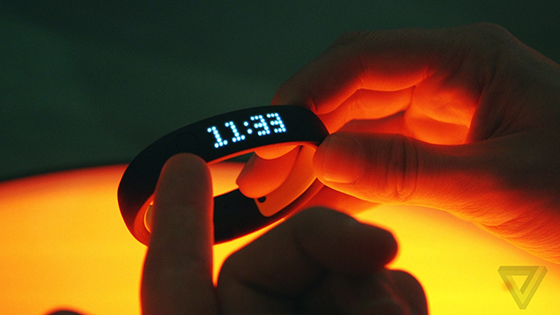 hourly reminder to get up and move

Nike says that real fitness isn't just about short spurts of activity, but users should maintain constant movement throughout the day in order to stay healthy and live longer. Like the Jawbone Up, the FuelBand SE now has an hourly reminder to get up and move, as well as a curve graph that charts activity hour by hour. Users need to have at least five minutes of sustained activity in order to meet the hourly goal.

There's still no Android app, so users will need to stick with iOS or the web interface if they want to interact with the Nike+ activity. The FuelBand SE will be available on November 6th for $149, and will be released alongside the updated version of the free app.