Share All sharing options for: Square Cash lets anyone with a debit card send money instantly over email

What if sending money was as simple as sending an email?

That’s the premise of Square Cash, launching today for all debit card users in the US, using any email service. To use Square Cash, all you do is compose an email to a friend, type the amount you way to pay in the subject title, and cc cash@square.com. If it’s your first time using the service, you’re directed to Square’s website where you type in your debit card number — and you’re done. There are no accounts to create, apps to download, friends to add, surcharges to pay, or bank account numbers to look up.

Square Cash enters a busy arena of payments solutions from PayPal to Venmo, all of which claim to offer the best way to send money to friends. Some of these services are apps, and some are websites, but frankly, none of them are very easy to use. Venmo is perhaps the simplest, but still requires that your recipient to download the app, add a bank account, wait for the money to arrive, and then "cash out" — which means moving the money to your bank account. With Square Cash, it all happens in one step. "We haven’t created any intermediate stored-balance accounts, which have plagued person-to-person payments solutions," says product manager Brian Grassadonia. "People don’t want their money in a secondary holding account. I want it where I use it: in my debit account. That was one of the principles of the product." 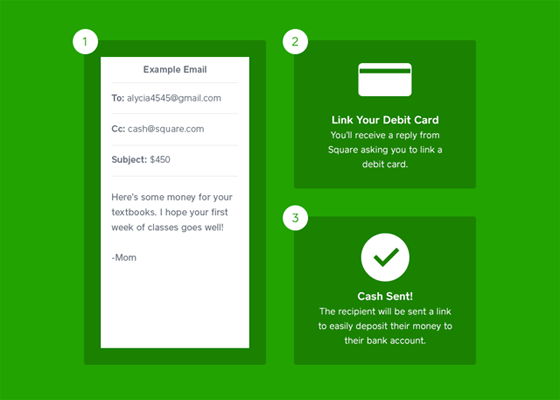 Square Cash works over email, which raises some pretty obvious questions about security. At first glance, you might assume that an SMTP-spoofing program could convince Square that you’re sending money from an email address that isn’t yours. "When we built the product we were all thinking of the same thing," says Grassadonia, "but the product is 100 percent secure. Nobody is going to get taken advantage of via spoofing." Working within the existing structures of email is clever, but could be intimidating for some new users, who will have to take Square on its word. The company declined to provide any details about its anti-spoofing methods.

Square is debuting its own iPhone and Android app for Cash as well, but not in the conventional sense. Upon opening the app, you’re presented with a number pad for entering a dollar amount. The app then drops the number you have typed into an email and cc's cash@square.com. Type a friend’s name, hit send, and the money is transferred. The app is not much more than a shortcut to composing an email, like Captio for iPhone. Compared even to competitors like Google Wallet, which lets you send cash using its sleek new app or using Gmail, Square Cash is freakishly minimal. 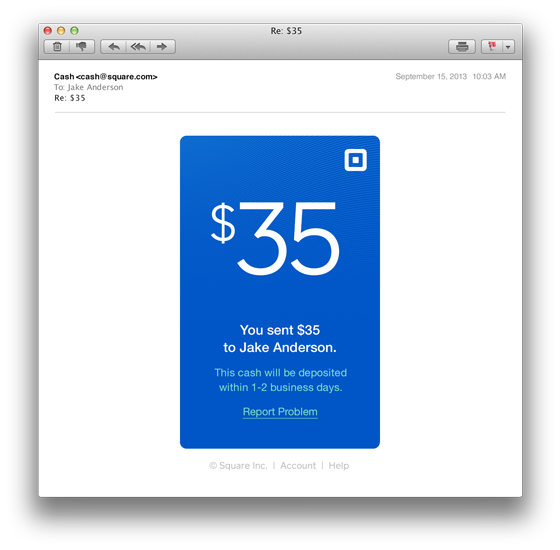 Apps like PayPal and services like Chase QuickPay require many steps to complete a task that, from a consumer perspective, seems simple: sending money to a friend. "The idea with this product is to reduce all anxiety for the sender," says Grassadonia, which begins with not forcing users to create accounts, usernames, or passwords. When you add a debit card to Square Cash, it’s permanently linked to your email. The average user will see no account settings screen or interface to speak of. There’s not even an "Accept Money" button to tap or click. The money just drops into your account.

"The idea with this product is to reduce all anxiety for the sender."

Square Cash seems like a natural complement to the company’s existing Wallet app for wirelessly purchasing items from Square businesses, but company leadership decided it would be best to keep the two experiences separate. "This product is really designed for two individuals exchanging money, while Square Wallet is designed for consumers purchasing something from a business," says Grassadonia. "If you were to combine them, you run the risk of creating a least-common-denominator." Without naming names, he jabs at apps like PayPal which bundle a great number of services into their mobile apps in order to replace your wallet, to puzzling effect. Square hasn’t made clear how it plans to monetize Cash, which it offered for $0.50 per transaction during initial trials, but now offers for free. Square’s business services, conversely, take a cut of every transaction. 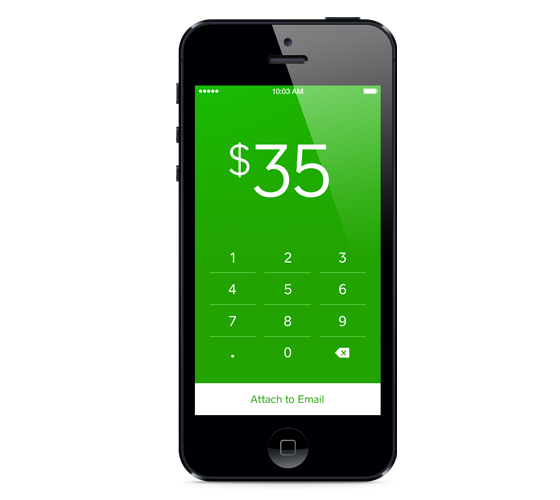 At a Columbia University talk in mid-September, Square CEO Jack Dorsey said, "Payments change over a very broad period of time, but we’re trying to shrink that period." He explained that with Square, he isn’t looking to kill credit cards or create some new medium or currency for transactions, but instead to make handling the currencies we already use more efficient. He capped off his talk with a quote from science fiction legend William Gibson: "The future has already arrived, it’s just not evenly distributed yet." With Square Cash, Dorsey and company have thought about both the technology and the simplest way to distribute it: an established medium like email, which we all know how to use.