After four and a half years working mostly in secret, Anki is off to the races. The San Francisco startup, which has raised $50 million to bring robots into everyday life, is making good on that promise with a racing game powered by your iPhone. Anki Drive, which goes on sale October 23rd for $199, combines the old-school appeal of Hot Wheels toy cars with state-of-the-art artificial intelligence. The resulting game is fun, challenging, and full of promise for the future. You have never seen an iPhone accessory like this one.

Anki â the word means "learn by heart" in Japanese â was founded by a trio of robotics PhDs who met as graduate students at Carnegie Mellon University: Boris Sofman, Hanns Tappeiner, and Mark Palatucci. In founding the company, their goal was to take advantage of the fact that the components for building surprisingly complex consumer products are becoming incredibly cheap.

At $199 for the starter set, Anki Drive is not exactly an impulse buy. The set includes a game mat, two cars, charging pods restore their batteries, and a nifty gadget to clean gunk out of the tires. Up to four cars can race at a time, though not cheaply: each additional car costs $69. Four models are available today, and more are expected.

The cars feel lightweight but solidly built. At first glance, they don't appear very different than ordinary Hot Wheels-style toys. In truth, though, the cars are covered with sensors, and house a tiny insect-like brain that receives instructions from players' iPhones as they make their way around the track.

The result are toys that automatically check their position relative to the track and to other cars 500 times per second. As they move, they reason about how to get ahead of their competitors, then put their gambits into motion. And they do it all very quickly â Anki says that if one of its cars were scaled up to real-world size, it would travel the equivalent of 250 mph.

The chief novelty of Anki Drive, and also its promise, lies in how it manages to make tiny toy cars so smart. All of the computational heavy lifting is done on the player's companion iPhone (not included in the starter kit, alas) which relays instructions to the cars using the Bluetooth low energy standard.

Toys are just the start

A technology truism holds that hardware is hard. We got a glimpse of that in June, when Sofman debuted Anki at Appleâs Worldwide Developer Conference, and a bug led to an awkward 40 seconds of silence on stage as he and an assistant reset the game. And yet when done right, a physical object can have an appeal few smartphone apps can match. (Once it got working, Sofman's demo was arguably the most compelling thing shown by any of Apple's partners that day.) The immediate challenge for Anki Drive, which goes on sale today at Anki.com and Apple's online and retail stores, is to convince a generation raised on digital games to invest in a physical one.

But toys are just the start for Anki, which hopes to develop powerful, relatively low-cost machines into areas far beyond entertainment. "That becomes a stepping stone for so many of the other things we want to work on," Sofman says. "As we go through future products and leave entertainment, it's the same problem no matter what you're doing. The constraints change, and the prices change. But it's still something physical you are programming with software to become intelligent."

And so while Anki is debuting today as a maker of toys, they could also help hasten the arrival of the so-called Internet of Things â a world where many household devices are linked over common networks. But instead of a situation where every device requires its own powerful processors, Anki can build software and hardware that positions users' primary mobile devices as the computing engine. Who needs a Roomba when you can control your vacuum with your iPhone? 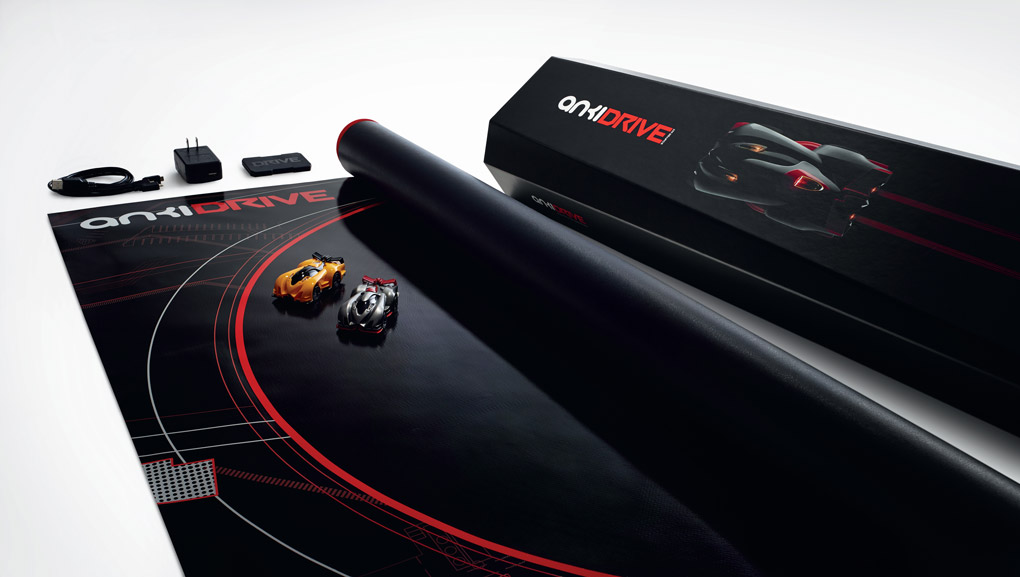 These cars have weapons

But let's not get too far ahead of ourselves: Anki Drive is a lot of fun to play. Races are played on a vinyl mat, 8.5 feet by 3.5 feet, whose black-and-red design recalls a kind of hellscape version of Tron. Camera sensors on the underbellies of the cars read special codes printed underneath the ink on the mat, allowing them to understand their position in real time and communicate that back to the player.

The cars can race against one another without any human intervention. But the real fun comes in racing a friend â and it's there that Anki's artificial intelligence makes the game unique. The cars navigate the track by themselves using AI. As a player, you control how fast the car goes and where on the track to position it â hugging the infield, flanking a competitor on the outside, or playing it straight down the middle. Anki does the work of keeping your car on the track so you can focus on disabling your opponents and beating them to the finish line.

And itâs in disabling your opponents that Anki feels most like a video game. The cars of Anki are all equipped with virtual methods of attack, controlled from the iPhone: machine guns, rail guns, tractor beams, and so on. Launching an attack from your phone triggers lights and sound effects on the cars, and if a car takes enough damage it is temporarily disabled. Each car has one weapon and one additional special ability, and both can be upgraded as the player wins races. The upgrades are permanent, stored on the car's onboard memory.

Anki Drive is shipping with basic race modes, but over time the company plans to update the app with different styles of play: tag, capture the flag, and so on. "The game will evolve over time," Palatucci says. 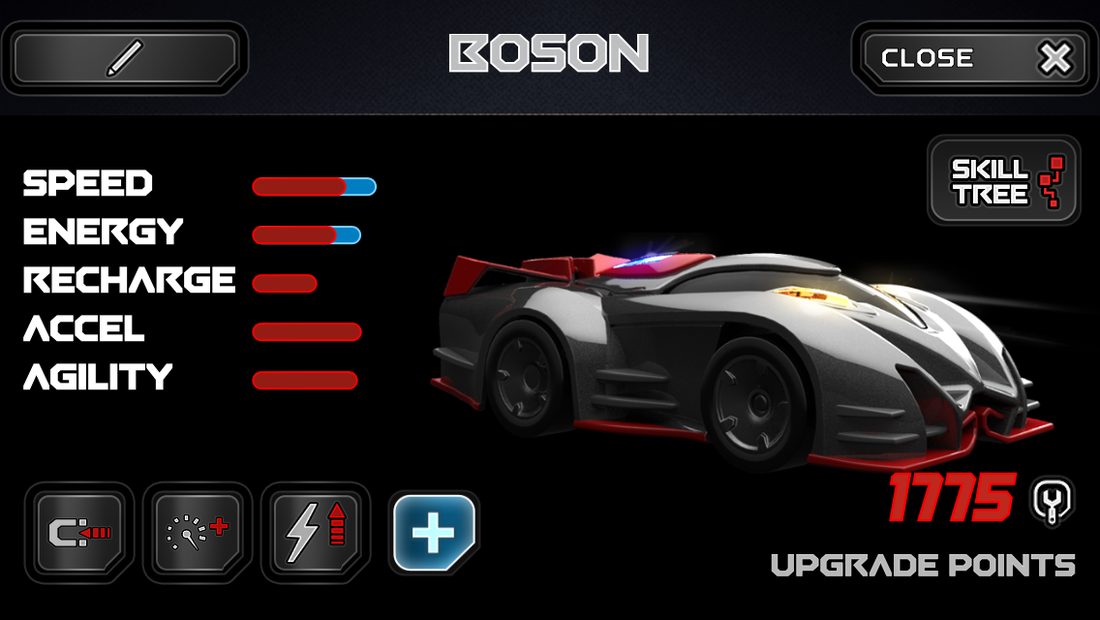 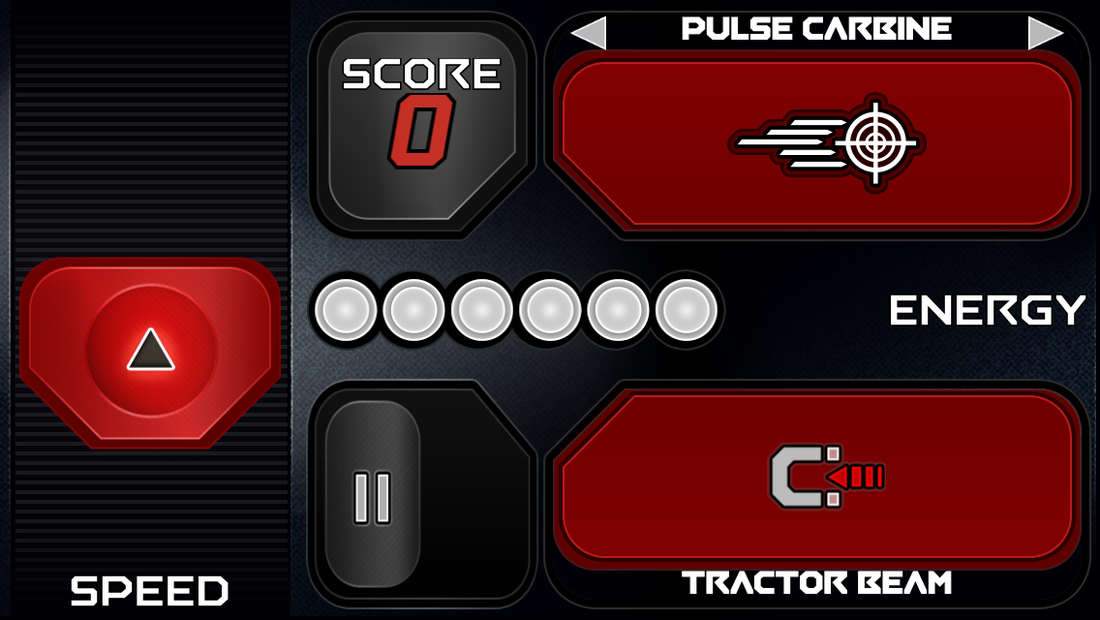 Steady evolution is the plan for Anki as well. The company wonât say what sorts of products it plans to build next, other than that they will combine robotics with artificial intelligence in unique ways. "There's a massive, massive opportunity," Sofman says. "Itâs just an untapped continent of possibilities." 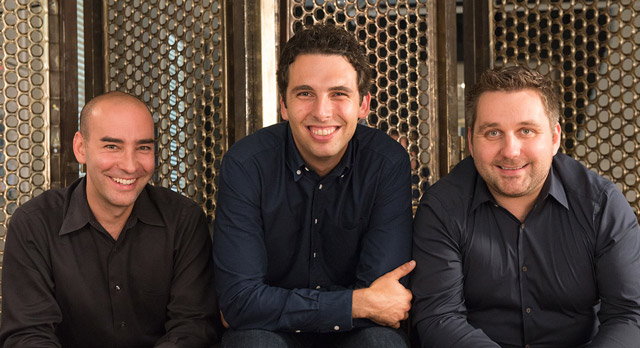 The company also says that it will focus on doing things that are smaller and cheaper. Giant humanoid robots that cater to our every whim? "Itâs going to be a while," says Tappeiner. But if its toys are a hit, the company will earn the revenues and time needed to tackle more ambitious products. They hope to take what they learn about building toys and use it toward more productive uses. "We see this as really building a platform, building expertise as a company, and really trying to create a consumer robotics industry from the bottom up," Palatucci says. And if Anki Drive is any indication, theyâre going to have a lot of fun doing it.

Correction: This story has been updated to reflect that Anki Drive goes on sale Oct. 23rd.