Some companies are betting big on the club drug

It's commonly used as an anesthetic, and perhaps best known as hallucinogenic club drug Special K, but ketamine might soon have a third application: as a prescription treatment for depression, and one that portends to be the biggest breakthrough in the field since the introduction of Prozac more than two decades ago.

At least that's the hope of a handful of pharmaceutical companies, which are in the various stages of evaluating "ketamine mimics" — compounds that impact the brain similarly to the drug — as salves for treatment-resistant depression. And a new series of studies, published this week in Molecular Psychiatry, offer compelling evidence that ketamine-like drugs might very well offer the novel means of mitigating depression that both doctors and pharmaceutical companies have long been seeking.

In a collaborative effort between pharmaceutical giant AstraZeneca and Yale University, researchers tested a compound known as lanicemine (developed by the company) on 152 depressed patients at 30 different clinics. Fifty patients underwent intravenous therapy with a placebo saline solution. The other 102 were split into two groups, with each group receiving a different dose of the ketamine mimic. Compared to the placebo, the compound showed rapid and significant antidepressant effects that lingered for several weeks following a three-week dosing period.

This research is only the latest in a series of efforts to evaluate either ketamine or ketamine mimics. Investigators hope that the substances can mitigate treatment-resistant depression (wherein symptoms aren't resolved with other methods, like SSRIs or counseling) or rapidly stave off suicidal ideations. One recent study out of Mount Sinai, for instance, compared ketamine to another anesthetic, and concluded that 63.8 percent of depressed patients dosed with ketamine experienced marked improvements within hours. "We wanted to pit ketamine, head-to-head, with something that patients would notice [and] that would affect their central nervous system," said study co-author James Murrough, MD, at the time. "It's a higher bar to test the hypothesis that this antidepressant effect of ketamine isn't a side effect of being anesthetized." 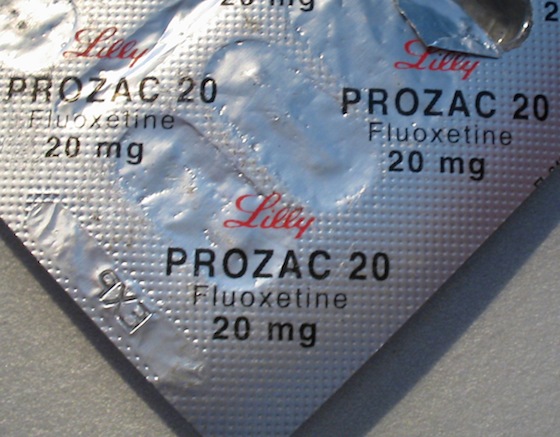 That dissociative sensation is precisely what contributes to ketamine's popularity among recreational drug users — and it's what companies like AstraZeneca are actually trying to get rid of. Lanicemine is specifically designed to eliminate any psychoactive side effects, which researchers involved in the study say make the compound more viable as a potentially widespread treatment. "Most of our patients don't enjoy the experience of ketamine," says Sanacora, who has prescribed off-label ketamine to several patients as part of his psychiatric practice. "So the goal is to separate out those unwanted aspects of ketamine while sustaining the effect." Some experts are also concerned that ketamine can exacerbate high blood pressure or, long-term, impair cognitive function.

Designed to eliminate any psychoactive side effects

Ketamine mimics impact the brain in much the same way as ketamine itself: by targeting the brain's NMDA receptors, which interact with the neurotransmitter glutamate. Scientists suspect that glutamate levels among depressed patients are out of whack, and that by blocking NMDA receptors they can elicit a surge of glutamate in the brain. That surge, in turn, stimulates new neural connections to repair damaged circuitry. AstraZeneca was initially interested in targeting NMDA receptors for seizure prevention, but researchers later decided that their work might be better suited to depression. "As stories about ketamine came out, we realized we had a compound on the shelf that might do something similar," says Sanjeev Pathak, director of clinical research at AstraZeneca. "The findings with ketamine and depression turned this into a much bigger project."

Other pharmaceutical companies are also racing to come up with a ketamine-like depression treatment. Both Johnson & Johnson and Naurex are in the mid-stages of clinical trials to test their own ketamine mimics: J&J has a nasal spray already undergoing a fast-track process for FDA approval, while Naurex earlier this year announced plans to apply for agency approval by 2016.

"Big Pharma is widely viewed as a villain, and to some extent they deserve that reputation."

But not everyone is thrilled with the notion of Big Pharma devoting millions of dollars and years of research to ketamine substitutes. Ketamine itself is a perfectly viable antidepressant, they say, but there's a good reason that Big Pharma isn't interested in studying the drug: since ketamine is already generic, the companies stand to gain little unless they can come up with a novel replacement. "There is more safety data for ketamine than any psychotropic, since it's been used since 1967," says Terrence Early, a psychiatrist who gives ketamine to some of his patients and describes it as "life-saving." "Big Pharma is widely viewed as a villain, and to some extent they deserve that reputation."

Still, Early hopes that mainstream pharmaceutical research will "help pave the way for wider use of ketamine," and adds that "we need as many arrows in our quiver as possible." Even researchers affiliated with AstraZeneca agree that, while their investigations and the lengthy process of FDA approval continue, patients should have the option of a Special K cure. "There is an explosion of people trying to get access to ketamine," Sanacora says. "I just ask that people consider all of their options, and give ketamine's risks a hard look before they go ahead."