Android users may soon see a redesigned Google Play Store, judging by newly leaked screenshots of an unreleased update. It's not what we'd call a drastic overhaul, but Google seems to be transitioning away from its current overlay menu system in favor of a slide-out navigation drawer. The company has shown a liking for this user interface style across its other Android applications, so it should come as no surprise to see it implemented in the Play Store. The leaked build is version 4.4, but whether the Play Store update will arrive ahead of Google's forthcoming release of Android 4.4 KitKat is unclear. Android Police reports that the new Play design is already being tested on Android 4.4 devices — presumably including the Nexus 5 — so at the very least it should accompany the new OS. 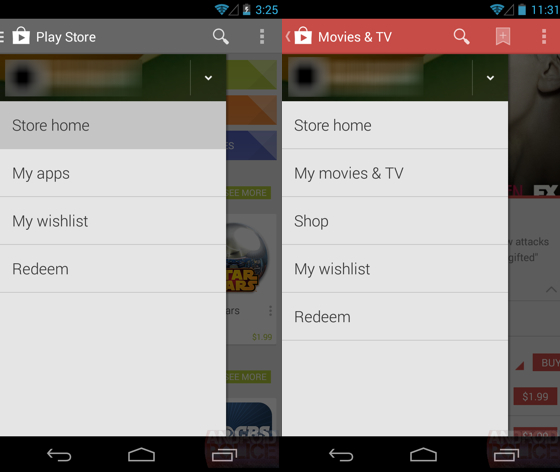