With the PlayStation 4's release just under a month away, Sony is giving gamers the chance to try its next-gen console a bit early. PS4 demo kiosks can now be found at select Sony Store locations in the US, where players can sample games including Knack, Octodad: Dadliest Catch, FIFA 14, Contrast, Super Motherload, and Pinball Arcade. Predictably, the console is shielded beneath a protective casing, so you won't be getting your hands on the hardware itself. But Sony's trial does offer a chance to get familiar with the DualShock 4 before the PS4's November 15th launch.

Unfortunately for now, the demo kiosks are spread out pretty far and wide. We found only one participating Sony Store location within a 50-mile radius of New York City. So getting some play time might mean taking a lengthy drive. Thankfully Sony says "thousands more" kiosks will be distributed to GameStop, Best Buy, Target, and Walmart in the coming weeks. So if an early taste of the PlayStation 4 is out of reach right now, it seemingly won't stay that way for long. 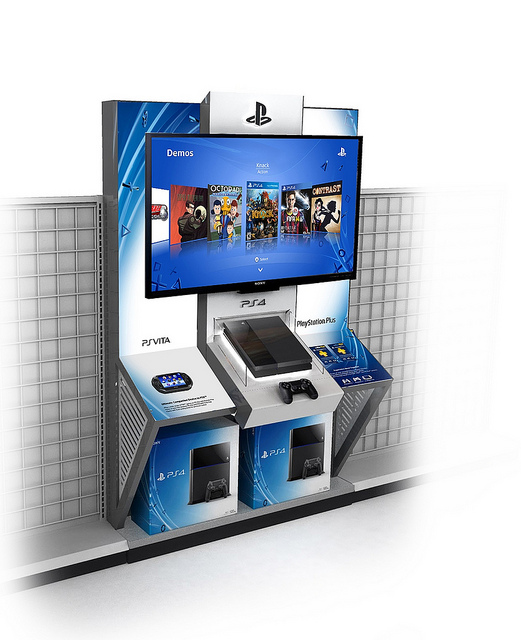