Just over a year ago, a sub-$2,000 camera with a full frame sensor seemed like it was far, far away. But Canon and Nikon shook those perceptions last September with the EOS 6D and D600 DSLRs, both of which came in around at $2,100 body only. But this week, Sony took that race to another level: it announced a pair of full frame ILCs, the least expensive of which costs $1,999.99 and includes a kit lens. Could Sony's new Alpha 7 and Alpha 7R be about to cause big trouble for the traditional kings of the camera market? 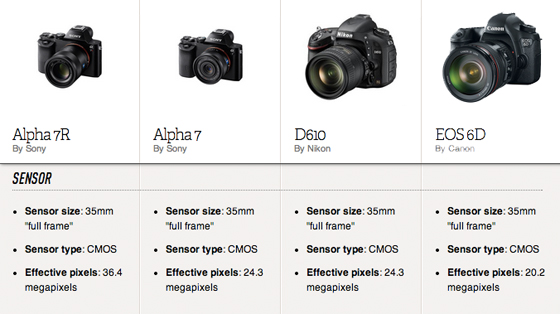 The toughest choice may be between Sony's own cameras

There's a good chance. While owners of Nikon or Canon lenses likely won't have a good reason to abandon them for Sony's lens system anytime soon, new buyers may find it hard to look away from the 7 and 7R — so long as they're comfortable with giving up an optical viewfinder for an electronic one. And the difference between the two could be the hardest choice to make. The 7R has a higher megapixel count and no low-pass filter, which should make it sharper, but the 7 includes a hybrid autofocus system that should obtain focus quicker.

Sony's cameras are just about identical build-wise and have some of the smallest bodies around when it comes to full frame sensors. Compared to the 6D and Nikon's new D610, Sony's pair of cameras are both at least half an inch smaller in every dimension — often even more — and importantly, they're over half a pound lighter as well. That'll make the cameras drastically more pleasant to tote around, and since the most important feature of a camera is that it's actually on your person, that may be enough to make all the difference.

The Alpha 7 and 7R keep pace with the 6D and D610 when it comes to speed too. Their standard ISO ranges are identical, all but the D610 shoot at a quick 1/8000th of a second, and while the D610 bests the others with a top shooting speed of 6FPS, neither of Sony's cameras fall drastically far behind. So long as both Alpha cameras can keep up with the fast autofocus of traditional DSLRs, they shouldn't have a problem — and in our initial use, they seem to handle just fine. 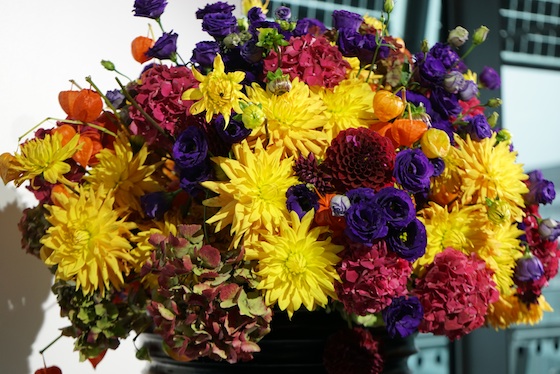 Taken with the Alpha 7R at a Sony press event. The camera was not running its final firmware.

All four cameras' specs are otherwise fairly hard to tell apart. Notably, the D610 includes dual memory card slots, the absence of which could be a deal breaker for the cautious photographer looking to make sure that no work is ever lost. But for the buyer making a step up to full frame, Sony's new cameras should be an immensely appealing option.

The one point where Sony is likely to struggle is matching the lens ecosystems of its competitors — something that it's far from doing now. If the initial full frame lenses on the e-mount system, used by the new Alphas, are strong performers though, that may just be enough to entice the concerned photographer.

Read Next: Hands-on with the Sony A7 and A7R

There were a bunch of other cool products added to the database this week:

If you want to learn more about any of the products mentioned above, all of our information on them can be found through the database box located beneath the article. For more on cameras, wearables, and just about every product around, you can check out the full Verge Database right here.