We've just taken our first in-person look at Apple's new iPad mini with Retina display, and our first impression is that it's an iterative change from last year — but sometimes that's all it takes to make a great product. Although it doesn't venture far afield from what we expected, Apple has always focused at least as much on precise execution as it has on anything else — and the result of that focus is a small-sized tablet that more than holds its own against increasingly earnest competition.

The same 7.9-inch display now features four times the pixels, a full 2048 x 1536 resolution, which makes text sharp and readable. Just as importantly, it makes iOS 7 look much better than it does on the original iPad mini, which often feels a little out of place on lower resolutions. iOS 7 also benefits from the iPad mini's new 64-bit A7 processor, making scrolling and everything else notably faster and smoother. As with the iPhone 5S, though, some of that speed feels throttled by Apple's decision to make you wait for overly-long transition animations when moving between folders and apps.

The iPad mini feels just barely heavier, but it takes a discerning hand to really notice it. It could also be just a hair thicker as well — both are presumably the effects of a larger battery inside, necessary to maintain the (still impressive) ten hours of battery life that Apple claims. The screen, of course, is great and sharp — and at such a high pixel density, that's no surprise.

Apple chose to use the same colors for the new iPad mini that it introduced with the iPhone 5S — Space Gray and Silver (but no Gold). Otherwise the overall shape remains the same: the edges and corners are rounded with the same radius and even the bezels remain unchanged. The latter is a slight disappointment since the extra width makes the iPad mini slightly difficult to hold in one hand, but presumably the software Apple uses to prevent rogue touches from registering is still here to help mitigate that.

The iPad mini was widely expected to get the Retina display for 2013, although there was some concern that the company might face supply issues for the new panel. Whether those reports were accurate or not, Apple really couldn't afford to leave the iPad mini at a lower resolution at this stage of the tablet game, especially since competitors like the Nexus 7 and the Kindle Fire HDX have managed to feature high-resolution displays in small packages — and at very competitive prices to boot. 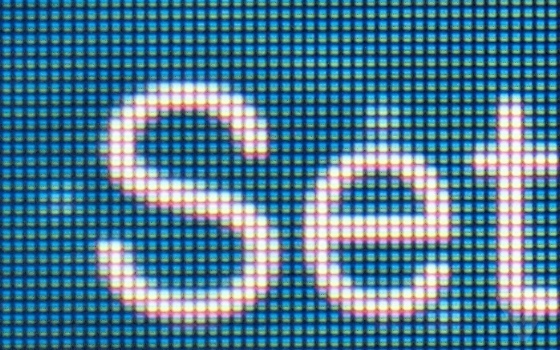 In essence, Apple chose not to change the iPad mini's basic formula to compete with these new tablets. It kept the same basic form factor as its predecessor, leaving the screen at a 4:3 aspect ratio that helps maintain compatibility with iOS' massive library of apps. That makes the iPad mini a bit wider and a tiny bit more unwieldy than the Nexus 7, but it's a small price to pay for access to the biggest library of tablet apps on the market. The overall build quality, fit, and finish on the new iPad mini is also better than any other tablet on the market — which probably explains its starting price, $399. Apple says it will be available later in November.