Google Docs and Gmail add handwriting support for over 20 languages

Google Docs and Gmail add handwriting support for over 20 languages

Google is bringing handwriting recognition to both Google Docs and Gmail to make entering non-Latin characters a lot easier. The support launches in Docs today for over 20 languages, and in Gmail today for over 50 languages, both including Chinese, Japanese, Hindi, and Russian. Once the correct input language has been selected, a pencil icon will appear above the text-entry area, which will switch input into handwriting mode allowing characters to be drawn onto the screen. 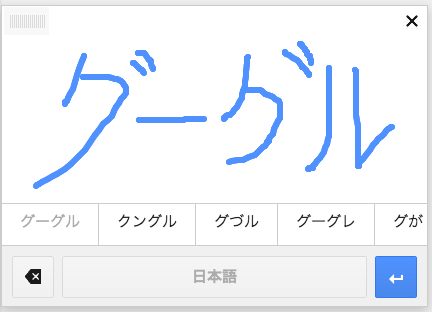 The update comes as part of a long-running series of changes that Google has been implementing to support handwriting. Google Translate began supporting handwriting input last month, and over the summer, Google launched an experimental feature that let users write their search query anywhere on its main page on mobile. The support for different languages remains jumbled, however, so it's possible that handwriting input for a language that you're trying to use may be enabled in one Google app and not another for now.