The just-announced iPad Air and iPad mini with Retina display are Apple's first tablets to be offered with data service from T-Mobile. And right out of the gate, the uncarrier is trying to get the jump on its larger rivals. It's offering users 200MB of monthly data at no charge, a courtesy that iPad owners won't find on Verizon Wireless, AT&T, and Sprint. T-Mobile is also offering data packages of 2.5GB per month for $30, and $4.5 of data for $40.00. 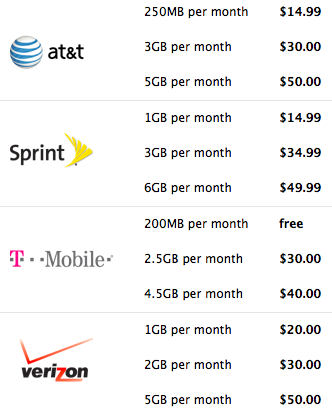 Yep! @TMobile will be carrying the iPad, and I’ve got an idea on how to make it #uncarrier. Stand by!