Post-traumatic mess? Why crisis counselors still don't know if they're helping or hurting

Share All sharing options for: Post-traumatic mess? Why crisis counselors still don't know if they're helping or hurting

Last month, floodwaters dark with silt and mud devastated a 1,500-square-mile area surrounding Denver. Nine people lost their lives. Some survivors lost their homes, and others couldn't return because of the damage.

Since those catastrophic days, Janine D'Anniballe has tried to help as many as she can. But unlike other responders, she's not delivering blankets or food. Instead, D'Anniballe is offering psychological first aid (PFA): developed several years ago, the technique is the primary mode for immediately buffering the traumatic effects of surviving a disaster. It's designed to stabilize victims who often feel numb, overwhelmed, and angry, and who may eventually spiral into depression or hopelessness.

PFA is widely used by agencies like the Red Cross and the World Health Organization. In the last year alone, for example, the Red Cross used PFA at the Sandy Hook massacre, Hurricane Sandy, and the Boston bombings.

A psychologist by training, D'Anniballe has for the past six weeks been meeting survivors in vacant malls and gutted neighborhoods. In what are usually five to ten-minute encounters, she takes a matter-of-fact approach to topics like sleep quality and diet, or how to deal with insurance companies and the Federal Emergency Management Agency (FEMA). But if survivors are emotional, she doesn't start an impromptu counseling session.

"This is a non-sexy intervention."

"This is a non-sexy intervention, but it was sitting with that person in distress and validating that it's overwhelming," D'Anniballe says. "I'm under no illusion this person won't feel overwhelmed and horrible many, many times, but in that moment, they felt a bit of relief."

The approach seems intuitively right. Restoring a person's sense of self-efficacy, while also normalizing grief and stress, seems like an obvious way to calm a trauma survivor, enhance resiliency, and maybe even ward off post-traumatic stress and depression.

Pouring time and resources into efforts that might be fruitless

But here's the quandary: though PFA has been widely adopted, no one has empirical data to validate whether it helps or harms survivors. Now, a study sponsored by the National Institute of Mental Health (NIMH) hopes to start solving that mystery. And that's critical: even interventions with the best intentions may not make a difference or, worse yet, may aggravate symptoms of trauma. Meaning that without this research, responders around the world are pouring time and resources into efforts that might be fruitless. 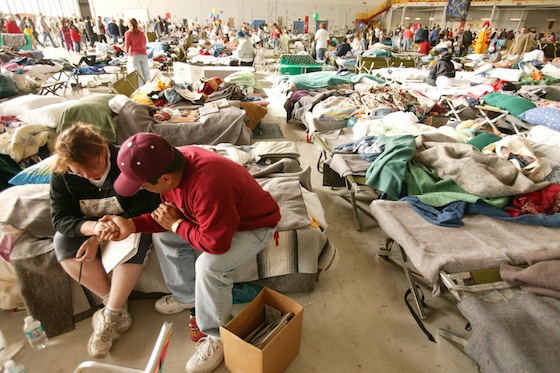 A few years ago, Dr. Michael McCart was a clinician at the National Crime Victims Research and Treatment Center, where he regularly treated those traumatized by sexual and physical assault.

Though about 80 percent of disaster and trauma survivors won't experience long-term psychological problems, that number plummets with crime victims; about one-third develop chronic disorders. Amongst rape and sexual assault victims, that can reach 40 percent.

"A way to prevent these symptoms from developing in the first place."

After reflecting on the painful journeys of his patients, McCart kept returning to a single question: "I couldn't help but wonder if there might be a way to prevent these symptoms from developing in the first place," he says. PFA, with its emphasis on resiliency, coping, and self-efficacy, seemed like the best candidate.

So McCart, now at the Medical University of South Carolina, is working with NIMH funding to examine whether the intervention actually decreases acute trauma symptoms in adult crime victims. His three-year study, which concludes in 2015, will be the first ever to assess PFA in a controlled, randomized setting.

With about 150 participants, the study is small. Each victim will work with a police department-based advocate who traditionally helps fill out paperwork, goes to court, or offers emotional support. Some of those professionals will be trained in a version of PFA, while others will not.

There are reasons to be hesitant about PFA

If McCart's study demonstrates that PFA can benefit such a high-risk population, the results are likely to generate new interest and perhaps additional government funding — not to mention lend scientific credence to the technique. "The reality is that a lot of money has been spent on training people and preparing manuals and discouraging other practices before we really know it's the right thing," says Farris Tuma, chief of the Traumatic Stress Research Program at the NIMH.

There are reasons to be hesitant about PFA. After all, scientists and clinicians in this field have been disappointed by promising interventions before.

In the past, responders relied on a technique called debriefing. It was developed for first responders like firefighters and police officers. They would witness something terrible, then gather and discuss their feelings. The early evidence suggested that these men and women who shared an intense bond felt less alone.

It made sense then to apply the same principle to other groups that had endured disasters. But these individuals were sometimes strangers, with no imperative to trust each other and no desire to relive the trauma en masse.

Indeed, when debriefing was studied, the data was disappointing. In many cases, debriefing didn't prevent or reduce stress or anxiety. It may even have made symptoms worse. "Out of frustration," Tuma says, "different parts of the mental health community started to ask, ‘What could we do?'"

It may even have made symptoms worse

What they did was devise "a recipe book" of eight components essential to PFA. These include calming survivors, offering practical assistance, and providing information on coping skills. There are no therapy sessions or group discussions.

Valerie Cole, manager of disaster health and mental health services for the Red Cross, says their clinicians and responders use PFA to provide immediate, short-term emotional and psychological relief. The hope is that it might even improve the odds of preventing PTSD and other chronic conditions. Of course, there's no conclusive data suggesting that it does. But "I would love it if it did," Cole says.

In theory, science could answer this question. But researchers have been stymied by the difficulty of conducting a study in the wake of a mass shooting or hurricane. By nature, these events are unpredictable and unleash chaos. Even if a study could be deployed, there are ethical concerns about recruiting participants and diverting resources from disaster response. 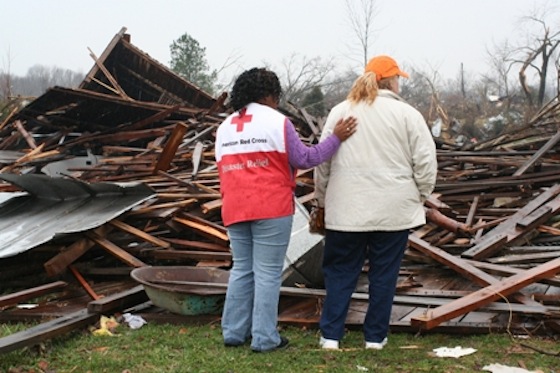 At the end of the month, advocates in the study will deliver PFA over two or three interactions in the weeks following a crime. For assault victims who know the perpetrator, advocates will use PFA's focus on safety to develop strategies to avoid that person and get a protection order if necessary. Advocates will also draw on PFA to help victims with practical considerations like housing, health and financial needs. Victims will be taught coping strategies and encouraged to maintain strong ties with family and friends, both central components of PFA.

"The bottom line is we have no idea if ... it prevents anxiety or depression."

By next summer, McCart and his team will start analyzing data to see if victims given PFA show greater reductions in PTSD, depression, and general anxiety symptoms relative to the comparison group. They'll also track measures like work performance and substance use.

If this novel research pans out, experts say it might finally offer evidence for a practical way to steer survivors towards healthy recovery following trauma — a goal that's remained elusive for years. "Taking off my scientist hat, I have no quibbles or problems with PFA," says Tuma of the NIMH. "But the bottom line is we have no idea if it's better than engaging people another way, or if it prevents anxiety or depression. So we're trying to help get the data."