Last Saturday, the owners of Vernonâs Hidden Valley Steakhouse buried Walter White, the antihero of AMCâs Breaking Bad, at 8:00PM Albuquerque time. When a television program transcends its medium and becomes an international real-world boilerplate for water cooler conversation, an unprecedented conundrum leaks into the collective unconscious. Studies of the Breaking Bad timeline indicate that it began in 2008 and ended with Whiteâs death in 2010, which means that Waltâs IRL funeral is actually timeshifted three years behind schedule. But thatâs not the only thing thatâs oddly sequenced in an on-demand world.

Itâs extremely rare that a piece of media overtakes the mindshare of a nation like Vince Gilliganâs creation did on all levels of society. Walk into Spencerâs Gifts at a mall anywhere in the country, and youâll be bombarded by BrBa pint glasses, Walt and Jesse plush dolls, and Heisenberg T-shirts. Turn on NPR and thereâs a good chance Teri Gross will be interviewing one of the showâs stars or producers. At this yearâs TexasâOU football game, rabid fans wore Cafe Pressâd shirts that aped the showâs periodic logo: âBreaking Ouâ on the front and âTexas, bitch!â proudly silkscreened on the back. Rihanna updated her instagram daily to let us know how caught up she was before the finale.

As the show neared its demise, the fervor grew with epidemic speed â everyone I knew was in the process of catching up through Netflix, and then they torrented or DVRed files. Those who werenât in the process were left out of hours of dinner-table conversation with their friends and families, except to get the backhanded compliment: âIâm so fucking jealous you get to watch it from the beginning!â

Like many others, I began my binge a few months before the final season aired â whole nights and weekends were completely lost to my couch and remote, and on that schedule events unfolded more or less in real time. When the last half of Season 5 began, it almost seemed disingenuous for AMC to make me wait a week between installments â I wanted to mainline, and it was only my continued interest in maintaining cultural ties to the rest of the contemporary world that kept me watching every week. I would have preferred to save all six episodes for one thrilling marathon on September 29th. 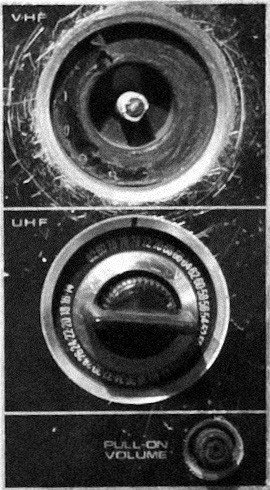 So why don't we make it weirder... Again?

September may have killed off a cultural touchstone, but it also left the viewing public with a quiver of new content to consume. Showtime bizarrely debuted the new season of Homeland in the exact time slot as the Breaking Bad finale, which tells me that theyâre more concerned with timeshifted viewers than they are cable subscribers. Sons of Anarchy began its penultimate season on the 10th, Boardwalk Empire brought us back to Atlantic City on the 8th, and Downton Abbey came grimly back to life in the UK (and for the international pirate community) on the 22nd. With just these five shows on the September watch list, a TV consumer was left to revel in two loosely concurrent time periods spread across the globe: the early 1920s and the early 2010s.

In 1987 Hannah-Barbera orchestrated the best-known collision of televised period pieces. The Jetsons Meet the Flintstones was a landmark mashup that brought both flagging franchises back to the popular eye; when I was five years old it was actually my first exposure to the families, and it set off a lifelong fascination with and respect for both. It turned out Fred and George werenât so different from one another after all, and the film did something subtle to inspire faith in the continuity of the human race over time, even if the depictions of both the future and the past were far from accurate.

The culture clash worked because both programs were about family

What made the culture clash work was that both programs were about family. Itâs a television tradition thatâs been around since the dawn of broadcasting, a way for everyone to relate to the unfamiliar struggles of a dinosaur-riding caveman or a space-car-commuting citizen of the sky. And although notions of family change radically with every generation, weâre still addicted to the plight of blood today: Carrieâs caught between two father figures, âSonsâ holds more titular weight than âAnarchy,â the Granthams look to heal the wounds of lineage while Nucky fails to plant a family tree of his own, and Flynn? Something tells me weâll be hearing from that handsomely damaged stallion in more contexts than Better Call Saul. 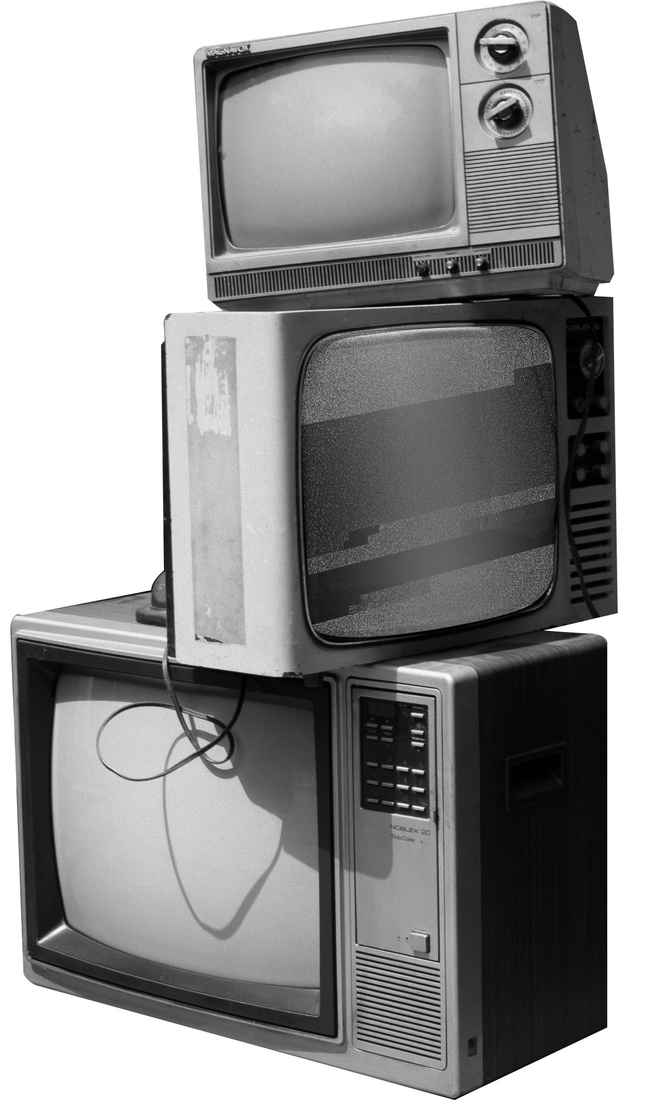 I believe the children are our future

Although Hannah-Barbera had interdepartmental licensing on its side, we dwell in a media landscape thatâs much more interconnected than it was in 1987. If cable networks want to truly demonstrate the power of middle-aged media over their dot-com progeny, theyâll do the one thing that elders always do best: bring families together when they seem to be falling apart. With the federal government just back from indefinite hiatus, TV executives have an unprecedented opportunity to demonstrate the power of familial harmony by creating the most phenomenally entertaining Mad Lib the world has ever known. Since executives and writers are perennially busy, Iâll provide the framework for a holiday special they can feel free to use at will, as long as they remember me when Iâm in the poorhouse because of my streaming addiction. It will be expensive to negotiate contractually, but will ultimately pay for itself through product placement and merchandising royalties.

A thick snow falls silently on a dusty mesa: it is December 24th, 2013. Fourteen weeks into a government shutdown, the United States of America has fallen into technocratic anarchy, leaving a massive foreclosed NSA compound 500 feet below Taos, NM. Acres of servers have been disconnected from wireless carriers and restructured around a honeycomb matrix of repurposed industrial mixing vats, the energy from trillions of cycles a second super-heating the structureâs core. Fiber and copper networks form a glowing canopy above the stadium-sized compound, and at a handsome 20-something pecks feverishly at a terminal, his once-crippled legs now supported by steel prosthetics. A Gray Matter Innovations logo glints off of them in the cavernous darkness.

A young girl wanders aimlessly through a corridor whistling the Doctor Who theme â she only catches a whiff of tequila on a few strands of yellow-blonde hair before a hand reaches out from the shadows, muffling her tune. Ex-CIA agent Carrie Mathison is very, very unhappy that years of internal investigations have been decimated by the girlâs brother, and Flynn is even unhappier that the whistling stopped.

âHOLLY! THIS IS FUCKING B-bu-b-BULLSHIT-SHIT-shit-shit-shit-shit!!!!â The scream echoes hauntingly through the dark â Mathison tightens her grip again as she feels the unmistakable chill of a sawed-off shotgun on the nape of her neck. A fingerless leather glove reaches around her mouth now, pulling her neck into the double-barrel so hard that a crack pops out of her upper vertebrae: âYou may not appreciate this now, sweetheart, but weâre all gonna get what we want for Christmas this year,â a tar-stained tenor rasps into her ear. She can feel the hard muscles and blonde whiskers brushing up against her thighs and earlobes: âIâm your daddy now. Letâs hear that song again, little lady.â Carrie stops struggling, her eyes darting around in their sockets like piranhas in a shark tank. She slowly releases her grip, and the Delia Derbyshire tune echoes through the corridor once again. 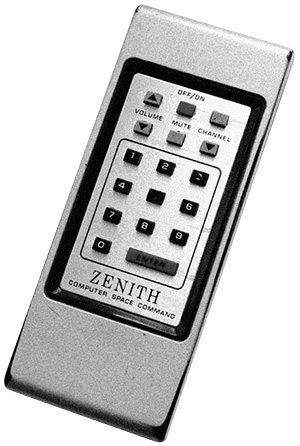 âCome back Holly, weâre almost ruh-rh-ready!â A spectrograph analyzes the girlâs whistle, flashing green when it hears a certain sequence of eerie portamentos. Jax Teller raises one finger to his lips: âShhh!â â and ushers her away with the other hand. âKeep âer steady, sis. Weâre f-f-finally gonna have the family we deserve â weâre gonna be G-gr-g-granthams!â The spectrograph approves of the tune, and the copper roof begins to arc wildly, creating an artificial blue sky in the structure â and then the room goes dark. Slowly, candles begin to light up and down the height of the room, and a massive form begins to take shape, a castle full of festively frightened party guests gathered around a massive pine tree in the foyer.

âPapa!â whispers Edith, âWhat in Godâs name has happened, and could it be that our American houseguest will save the Abbey yet again?â The Earl rings a bell for the guest quarters, and a silhouetted figure with a porkpie hat appears at the top of the stairs, his nasal whine reflecting through the doors and out into the cavern: âYouâre not the only one looking for a family tonight, young man.â V-twin engines roar in the distance out on the mesa, and Jax yells out from the darkness: âThatâll make five of us, Nuck â weâre all fatherless sons tonight. Beerâs on the way.â

âAnd for the little ones?â

âWeâve got plenty to spare in the presents department,â says Lady Mary, twirling radiantly in a red-and-white ballgown. âWho needs a father when youâve got a family? Walter, wonât you help me bring the toys up from downstairs?â

Holly runs in to join George and Sybil in the foyer, and Nucky Thompson slips a comforting arm around Carrieâs neck. âI hate to say I called this oneâ¦ but I called this one. Care for some eggnog, Ms Mathison?â

The mesa is quiet no more: the Sons have laid a gas trail out in the snow, with Clay Morrow tied to a stake on one end and a pair of black-clad female figures on the other. âFuck fathers,â Gemma says, slipping a lit Virginia Slim into Taraâs hand. âWell, most of them, anyway.â With a flick of Taraâs wrist, the gas trail ignites and the camera zooms out, revealing its flaming cursive message: âMERRY CHRISTMAS TO ALL, AND TO ALL A GOOD NIGHTâ