Waiting for next-gen: why 'Assassin's Creed IV' won't make you buy an Xbox One or PS4

Waiting for next-gen: why 'Assassin's Creed IV' won't make you buy an Xbox One or PS4

Next week, Ubisoft is launching the latest edition of its long-running Assassin's Creed franchise on the Xbox 360 and PlayStation 3. Black Flag takes the series to the Caribbean, letting players explore a massive world, venture out into the high seas, and just generally do their best Jack Sparrow impression. Soon after an even prettier version of the game will be available when Assassin's Creed IV: Black Flag makes its way to the Xbox One and PlayStation 4 next month. For all the hype surrounding the new consoles, it's not entirely clear just what it is that will make next-generation games different from the experiences we can play right now. And Black Flag is a perfect example of this: aside from the slick new next-generation coat of paint, there isn't a whole lot to separate the different versions. "It was important to us to make sure that we don't end up with two different games," says associate producer Sylvain Trottier.

"It was important to us to make sure that we don't end up with two different games."

There are no actual gameplay differences between the current and next generation versions of the game. But the PS4 and Xbox One versions do feature a few neat tricks that make it look decidedly better than games you can play right now. A dynamic foliage system, for instance, instills plant life with virtual "bones" so that it can move realistically when a gust of wind passes by or you hop in a bush to hide. It looks great, and at one point the feature was a differentiator between the two generations. But when the team looked at the current generation version and realized that plants didn't really move during a big storm, they built a simplified version of the tech that would work on the older console hardware. It's not as lifelike — "if you look side-by-side, you're going to see that the next-gen is moving more and moving more naturally," says Trottier — but it's technology that wouldn't have existed if it weren't for the new consoles.

For a team that has spent quite a bit of time developing for the 360 and PS3 — there have been five Assassin's Creed games released for those two consoles — being able to squeeze even more out of the hardware came as a surprise. "We already mastered the current generation," says Trottier. "Our engineers know their way around all of the issues, we have a lot of experience with it." He headed up a small team at Ubisoft's Montreal studio focused specifically on the next-generation versions of the game, and what they found time and time again was that the two versions were complimentary. "Every time our engineers or technical directors found tricks for the next-gen," explains Trottier, "the first question that always came back was 'can I have this on current gen?'"

"This is the same game, no matter what platform it's on."

That team was purposely small in order to provide a more complimentary role, as opposed to taking the more powerful version in a different direction. Aside from Trottier, the team also included two technical directors, a lighting artist, an art director, as well as other members who all worked closely with the main AC4 development team. "That was part of the design philosophy," says Trottier. "We didn't want to have two big teams, and we didn't want to have to fight each other." While I wasn't able to see the two different versions running side-by-side, I did play a demo of the game running on a PS4. That version of Black Flag certainly looked better than previous instalments of the franchise, with more detailed, dynamic environments, but sometimes I had to really look for the differences. Realistic plants are cool, but are they really something I'll notice when I'm hunting down bad guys in a Caribbean paradise? 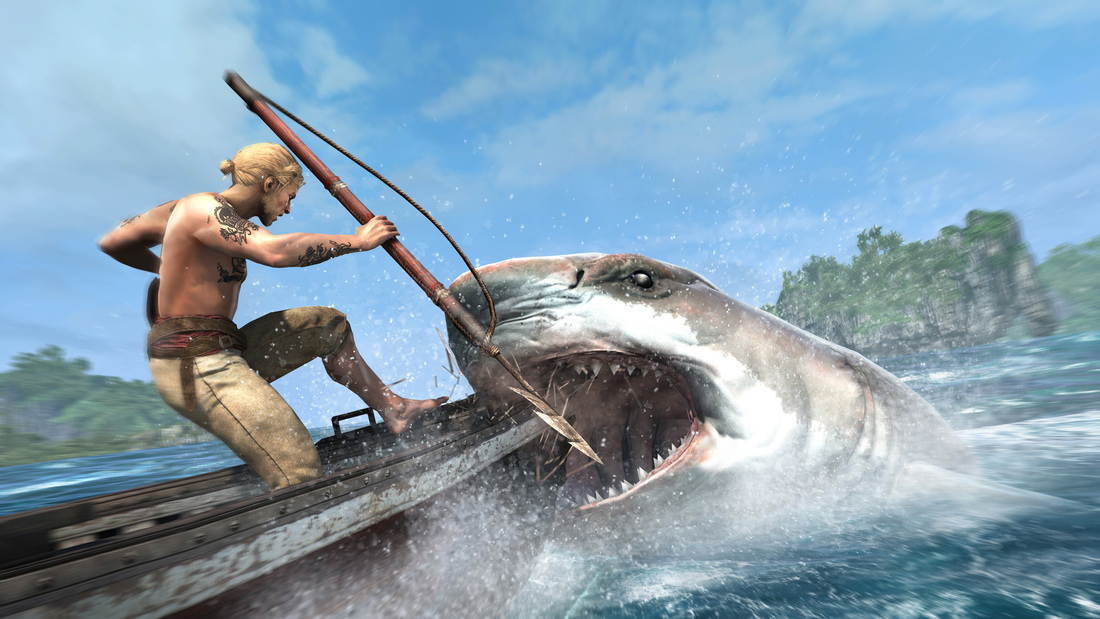 Both Microsoft and Sony are less focused on specs with their new machines, which will leave many consumers wondering just what it is that makes a PS4 title different from one running on a PS3. In the case of Black Flag, the differences seem to be entirely skin deep. "For us, it was a fundamental law: this is the same game, no matter what platform it's on," says Trottier. It may be one of the biggest launch titles for the next generation of game consoles, but relatively small visual enhancements mean Black Flag isn't quite the showcase game than many might be hoping for. The question is whether it's worth holding out for a prettier version of the same experience.

"For me, I would wait," says Trottier.