Amazon's giant biodome approved for the streets of Seattle

Amazon's giant biodome approved for the streets of Seattle

The 'unique structure' will form part of Amazon's new campus

Amazon has gained initial approval for its plan to build a huge greenhouse in the middle of Seattle. The proposal has three transparent domes intersecting to form a five-story complex that will contain offices, dining areas, and retail stores. It's nestled between the three buildings that make up the company's giant new campus,; a trio of towers all taller than 70 stories. 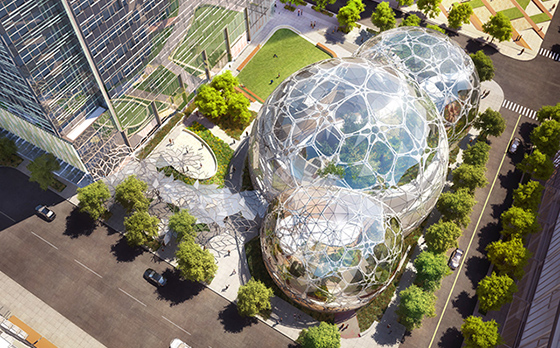 The proposal has now passed the regulatory questions posed by Seattle's design review board, which unanimously endorsed the plans. The only thing standing between Amazon and a building permit now is the city's planning and development department. A permit is usually issued in a month, and sources close to the plans tell us the design is unlikely to be opposed. 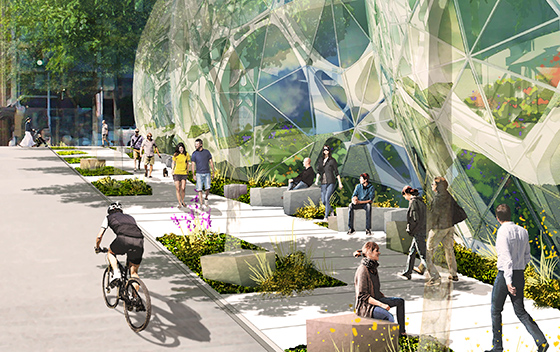 The striking structure has been amended slightly since we first saw it. The initial sketches saw steel bars spiraling down from the building's round tips, but in the new design those regimented spirals have been replaced with a "geometrically organic" pattern that the architects (multinational firm NBBJ) describe as "visually lighter" and "sculptural." The domes themselves will reach as high as 95 feet, and will be filled with plants and trees that take advantage of the controlled climate inside. 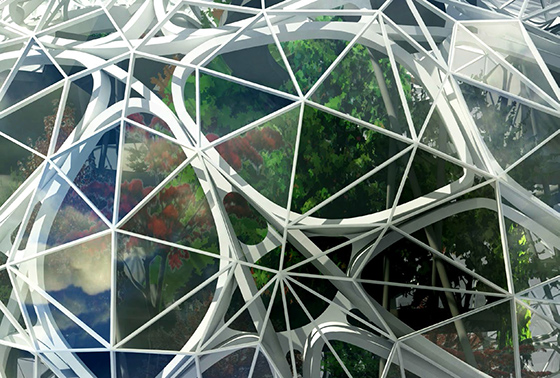 The Seattle Times reports that the plans were criticized for excluding the public from interacting with the "unique structure." The new design features areas of hardscape (an architectural term typically referring to paving) around each of the building's entrances that will "allow anyone to [stand] and experience the spheres close up." 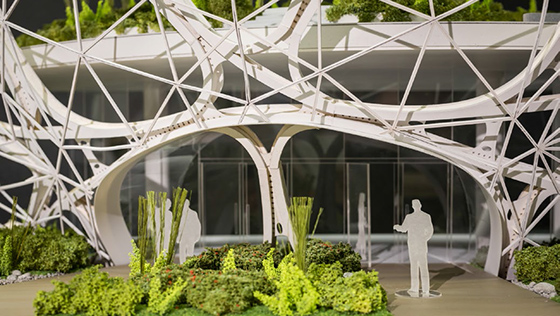