For photographers, designers, musicians, and video editors, Apple's musclebound machine is the $3,000 question

There’s no doubt that Apple’s brand-new Mac Pro is as much a statement as a computing tool. From its dramatic introduction at WWDC 2013 (marked by SVP Phil Schiller’s bravado) to its radically engineered internals, the Mac Pro is meant to remind the public that no other company designs or builds hardware quite like Apple. At $2,999 — $500 more than the outgoing model — its price is also a statement. It's a powerful, beautiful, aspirational computer that makes very little sense for the vast majority of the population. However, it's a computer Apple felt it had to make.

The question facing Apple now: is the Mac Pro still a computer that professionals in fields like photography, videography, and audio (once Apple’s bread-and-butter market) will feel compelled to buy? There are a few reasons it might be a tougher sell than before, starting with that $2,999 price tag. While a $500 increase for the base-model Mac Pro might be a drop in the bucket when you’re talking about buyers who rely and depend on these machines to make their living day in and day out, Apple’s new desktop will also ask potential users to rethink their notions about what exactly they need out of their professional machines.

As we saw back in June, Apple flexed its design muscles and built a powerful computer that shows the company can still build hardware like none other on the planet. But that highly impressive design comes at a cost: Apple has significantly reduced the traditional expansion options in favor of a machine that more closely resembles the closed-off MacBook Pro with Retina display, a move that may alienate hardcore professionals who are accustomed to maximum expandability. There are only four RAM slots, and the system uses expensive flash storage — and the base model only comes with 256GB, a paltry amount for professionals pushing huge image, audio, and video files around.

The closed-off chassis means that expandability is all about what happens outside of the computer now. With a whopping six Thunderbolt 2 ports, Apple figures you can hook up all the storage you’ll need. But the lack of replaceable graphics cards could be an issue for buyers down the road — while the new AMD FirePro options users can get in the Mac Pro are certainly amongst the best high-end options available at the moment, they could turn into a bottleneck for users in a few years. But that’s clearly not a concern for Apple. The company’s been pushing a more closed-off, less expandable ethos with its machines for years now, and the new Mac Pro is just the next logical step in that progression. Apple clearly believes that its external, Thunderbolt-powered expansion scheme is enough for professionals — does the Mac Pro’s potential audience agree?

So far, it seems that some are already on board with this brave new world. Photographer Duncan Davidson tells us that he’s been using a Retina MacBook Pro as the Mac Pro stagnated in recent years, but that he’s looking forward to getting back on Apple’s pro tower — despite its more limited expandability. As part of the move to a portable, Davidson has invested in networked-attached storage (NAS), a move that readied him for not having all of his data stored directly on the machine itself. "I think you’re going to hear a lot of people make a big deal about the externalization of storage," Davidson tells The Verge. "It’s an easy thing to pick on. Sort of like dropping floppy drives and DVD drives. But I’m not concerned about that at all."

Davidson may have fallen in love with the high-DPI screen on his MacBook Pro, but he says he’ll be switching to a Mac Pro "as soon as I can have Retina High DPI screens" with Apple’s new desktop machine. While Apple didn’t introduce a 4K Thunderbolt display to go along with the Mac Pro, the company did tout the computer’s ability to run up to three 4K displays simultaneously, something that may help Davidson make the move back to a tower. "At this point, I still have a need for a more powerful machine than my MacBook Pro," says Davidson. "When editing lots of photos or working on video footage, every little bit of horsepower is welcome."

"I think anyone coming directly from the last version of the Mac Pro will probably feel a pinch in the wallet. "

Photographer Tom McGovern is a bit more concerned about the switch to external storage than Davidson, though. "I think anyone coming directly from the last version of the Mac Pro will probably feel a pinch in the wallet upgrading," he says. However, like Davidson, he’s already invested in large amounts of external storage, so he’s ready for the transition. And the new machine’s radically smaller footprint and weight isn’t just appealing from a design perspective — McGovern says he’d happily bring the Mac Pro on the road with him. "On larger shoots I use to haul the entire old Mac Pro ... Now I can have my entire suite of apps set up how I like in a powerful package that can fit in my carry-on."

As with previous models of the Mac Pro, the computer’s price is secondary to its utility. "I use a 12-core Mac Pro tower every day and couldn't do a lot of my work without it," says Grammy-winning audio engineer Matthew Shane. "I think if I was upgrading, as I need to do at least every three to five years, that $3,000 isn't too much to pay for a monster of a machine that will be the centerpiece of my business and creative workflow." Shane also sees potential portability as a bonus: "Even as a tower, you could transport it from one gig to another if need be, which is sometimes useful to me as a recording engineer / producer." 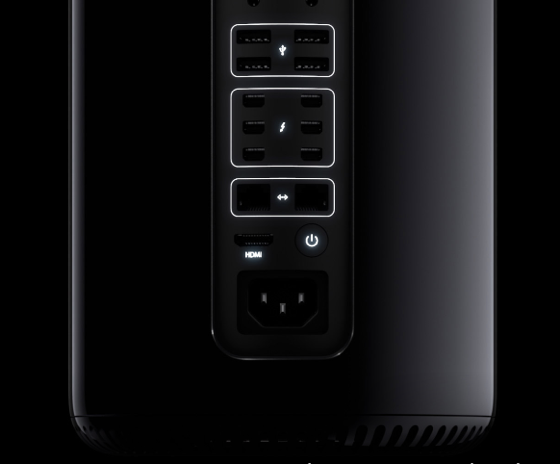 Whether the Mac Pro’s small but influential audience will agree with this direction remains to be seen. Buyers will be getting a beautiful, well-designed, quiet, and — most importantly — powerful product for their $3,000, but the days of jamming in cheap hard drives and upgrading graphics cards are firmly behind us. Still, there’s a whole host of professionals out there who are entrenched in the Mac ecosystem and depend on Mac-only software. For them, the Mac Pro will likely continue to be a no-brainer, a requirement for Getting Things Done fast — so they can get back to doing the work that pays their bills. "If the Mac Pro can allow me to get work done faster and get back to the things that bring in the income, such as marketing and shooting," says McGovern, "then it's worth every penny."