What does Apple's free OS X upgrade mean for Microsoft?

It's Mac vs. PC all over again

Share All sharing options for: What does Apple's free OS X upgrade mean for Microsoft?

Apple may have announced a new bevy of hardware this week, but the real surprise was a series of aggressive moves to take on Microsoft on the software side. Free alternatives to Microsoft’s Office suite will ship with iOS and Mac hardware, and OS X users running Snow Leopard or higher can now upgrade to Mavericks, the latest version of Apple’s OS, for free. For Mac users, "the days of spending hundreds of dollars to get the most from your computer are gone," says Apple’s Craig Federighi.

Though no-cost Mavericks is a first for Apple's OS X, it’s not a first for the industry: Microsoft offers the brand-new Windows 8.1 for free to Windows 8 customers. Together, they mark another major turning point in the post-PC era where desktops and laptops have started to take on numerous smartphone-like characteristics: Metro. iMessage integration. The Windows Store and Mac App Store. Free OS updates. The list goes on.

"Microsoft should be very concerned long-term with Apple’s new approach..."

That doesn’t mean the two companies are on even footing with the free upgrade message, though. "Microsoft should be very concerned long-term with Apple’s new approach, primarily in the consumer and small business markets," Patrick Moorhead, president and principal analyst at Moor Insights and Strategy, tells The Verge. The threat of free OS upgrades and free productivity software could lure consumers, but only if Apple’s iWorks suite and Mavericks are enough for people to make the switch. Moorhead argues that Microsoft may be forced to consider its upgrade options for future Windows releases. "I think Microsoft will need to rethink any plans to charge for a Windows 9 upgrade like they did for Windows 7." 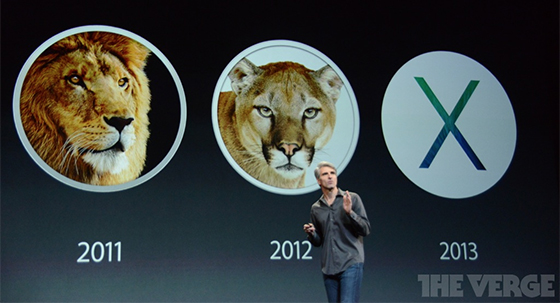 For Apple, the move makes perfect sense. OS X only runs on Macs, and the revenue that would normally be collected on the operating system is baked into the cost of the hardware, which is usually offered at a higher price than an equivalent Windows PC. And to Apple’s credit, its offer is more aggressive than Microsoft’s: customers stretching all the way back to OS X Snow Leopard can get Mavericks at no charge. For Microsoft, which is still charging for 8.1 upgrades from Snow Leopard-era operating systems like Vista and Windows 7, the picture is a little fuzzier. It can execute Apple’s strategy on its own hardware — Surface, for instance, and the incoming Nokia team — but Windows is also bundled with machines sold by dozens and dozens of OEMs. Can a buyer of a Dell or HP machine today expect major OS updates to be free? And if so, for how long?

PC shoppers don’t necessarily care about upgrades. The vast majority of PC users do not purchase copies of Windows online or in stores to upgrade their machines; they simply buy new hardware. The majority, usually around 65 percent, of Microsoft’s Windows revenue comes from OEM licenses, making it especially difficult for the company to counter Apple’s upgrade offering for its partner hardware. While Microsoft is attempting to transition to a hardware and services model, the company isn’t in a position to simply start giving away Windows for free. Still, it may be forced to if Apple and Google continue to push, and Microsoft could well find itself in a position where it has to leverage Windows to sell apps and subscription-based services (like Office) that run on Windows. "Free has always been a threat from Linux and OpenOffice, but this is very different," explains Moorhead. "Apple is a premier brand that delivers great experiences and very high levels of satisfaction."

It’s not known whether Apple or Microsoft will continue the free upgrade strategy permanently. Mavericks might be a one-off, but that’s unlikely — once customers are set up for the expectation that their laptops and desktops get OS upgrades the same free, painless way their smartphones do, it becomes a tall order and difficult to reverse course. Instead, Apple could move to a similar iOS model where it has minimum hardware requirements for each OS X update. Microsoft has no immediate response to Apple’s plans. A company spokesperson refused to comment on future Surface OS upgrades. 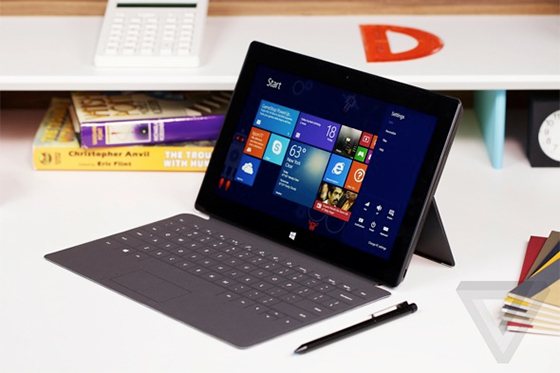 Free Mavericks may have little effect with Mac sales dropping

With both companies’ latest operating systems free, there may be little effect on market share. Apple has tried multiple times, unsuccessfully, to convince consumers to move from Windows to Mac. Windows still dominates on the desktop, and Apple’s Mac shipments have dropped year-over-year in both quarters this year. That’s unlikely to change in its latest quarter when Apple reports results next week. IDC says Apple's Mac shipments dropped by 11.2 percent in the US, while the other top PC manufacturers reported positive growth in Apple's typically strong home market. A new model of Apple’s popular 13-inch MacBook Pro may help in the coming months, but for now it’s not beating the PC industry or eating into Microsoft’s market share. If anything, Google’s ultra low-cost, browser-centric Chromebooks look like more of an immediate threat to Microsoft’s PC dominance.

Apple CEO Tim Cook describes free Mavericks as "turning the industry on its ear" to supply customers with the latest software, and it will likely be used as a method to market Macs going forward. If the era of free desktop operating systems is here to stay, there’s no question that 2013 has been an industry-changing year — but unless OS X picks up market share, Apple isn’t turning the industry upside down just yet. Built-in iWork apps may help drive Mac sales, but the real competition that’s pushing Windows comes from iOS, Android, and maybe even Chrome OS soon. Those are the free alternatives that consumers are flocking to, not free versions of OS X.